[listening to "isolated system" by muse]

thought i'd post some pics from Baltimore Con the other weekend while i gather pics from Anime USA this weekend. Baltimore Con was a great con as always. thanks to theFranchize's much-deserved Harvey Awards nomination, we were given some prime placement in the con. it was kinda intimidating but i could really get used to it. saw lots of familiar faces and kept hearing consistently that "we're everywhere." yep, that's cuz we are. really, chances are we're coming to a con near u. unless ur outside the U.S. in which case i wish we were going out there but not yet.

as always, the cosplayers at this show have gotten better and better and i took pics of some of the most noteworthy ones. even my studiomate's (Flash) kids cosplayed this time - so adorbs. a girl also surprised us at the table cosplaying Amanda from Fanboys Vs Zombies! can it BE more awesome?!?! and yeah, that's a dude dressed as Miley - perfect! i wish he came by the table cuz i would've loved to take a pic with him cuz i happened to wear my "Twerk Miley" shirt that day. as it is, Flash took this picture for me.

even though the hubby didn't win the Harvey, i think he was in great company in there. it was definitely amazing to have gone to our first Harvey Awards ceremony as it is. it was a room full of some true comic art legends like Sal Buscema (who gave such a moving speech that everyone kinda choked up). i know he was one of my husband's biggest comic book influences. 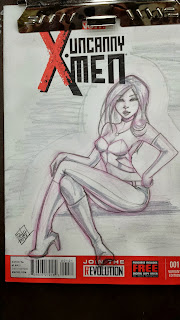 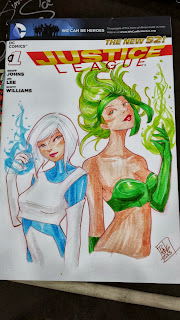 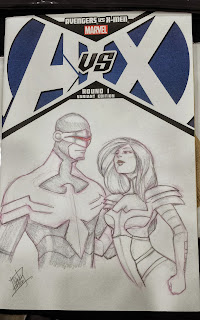 apparently next year the con will finally become a 3-day event and we can't wait to come back and be a part of one extra day of awesomeness! i was beginning to think that 2 days can barely contain all the people that are trying to get in the con!

as for my "moody" title - it's cuz i'm shifting moods a lot today. i don't wanna get too graphic or personal. just know that every month girls get this way. it's nothing personal, u just wanna keep a good distance is all. =P