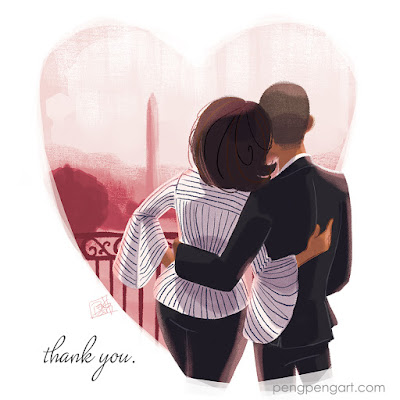 today was a challenge for lots of Americans. but art has always been and will continue to be the way i express many of my emotions. so i wanted to make a little love letter to the Obamas.

now i'm not here to beef, i'm here to spread art & positivity. and i encourage you to do the same. for a lot of us, Obama has helped our lives in many ways, the biggest for me & my family would be with healthcare. it's something we were finally able to have, thanks to him and his administration. insurance was difficult to get for freelance artists like us, especially for those with preexisting conditions. and though it wasn't perfect, it was the best step forward. in essence, it saved my husband's life. for that, i will be immeasurably grateful.

when i saw the picture of them posted on twitter yesterday by Michelle Obama, i felt a mixed bag of emotions ranging from love and pride all the way to sadness and fear. this is my only political piece of artwork and i can't think of a better couple to draw inspiration from.

this was drawn completely digital, from concept to finish. took only an hour and a half. which is fast, for me. i guess when i have a clear vision in my head, it comes out faster. my Patreon supporters get to download the high-res file of this. i don't plan on making this into a print, except maybe just for myself. i just don't think comic con attendees would want to purchase it. but if enough people as for it, then MAYBE!
No comments:

[listening to "earned it" by the weeknd] 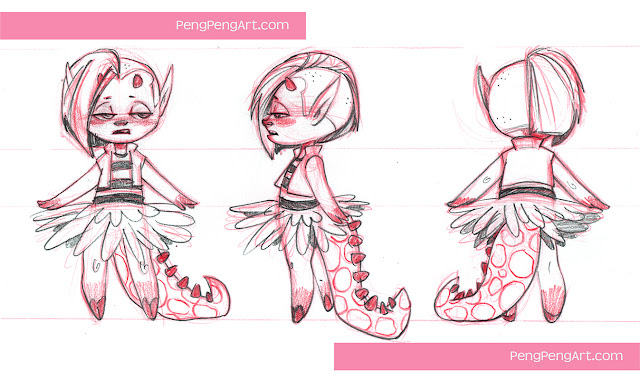 doing some work for our "The Blueprint 2" kickstarter rewards - namely i'm putting in orders for our kickstarter-exclusive prints. since our books have finally come in, it's been back to full-throttle kickstarter work. there's something extremely satisfying about doing work for something that you've created. so, in my excitement to be doing stuff for our own stories, here's the turnaround sheet for my character Lucy Sniz for my story LITTLE DEVIL! this turnaround art was finished after "The Blueprint 2" book was finished so it's not included in there. it IS, however, included in my latest mini artbook "Daydreams Book 3" (you can snag your copy on my etsy at https://www.etsy.com/shop/pengpengart). 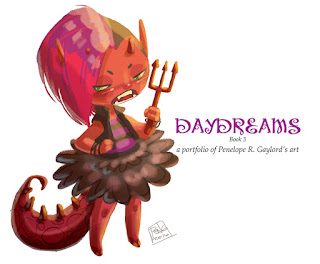 we'll be doing a packing party soon to get these books ready to go to their homes. look at em, there's so much! 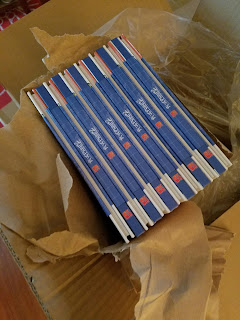 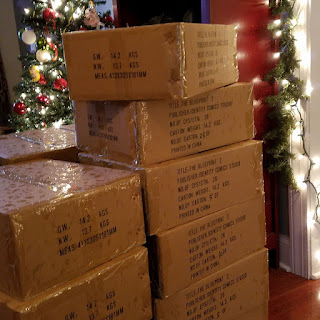 [listening to "sledgehammer" by rihanna] 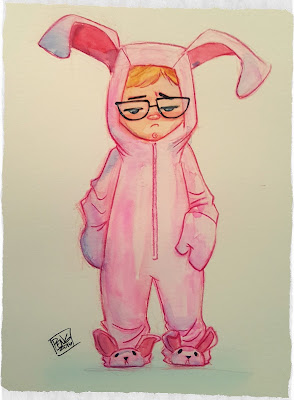 i forgot to post this Ralphie i did for one of my Patreon supporters for the holidays. it was one of the rewards i did last month. it's on 6x8" strathmore paper done with watercolors and colored pencils (for the lines) with a tiny bit of ink for his eyes & glasses. 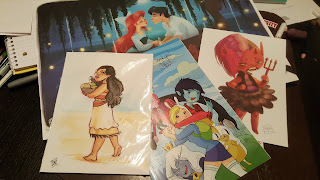 i send out rewards once a month to my Patreon peeps. some get comics i've worked on, some get prints, some even get an original piece. everyone gets a new wallpaper to download every month too along with some sneak peeks of what i'm working on. COME AND JOIN US! click on the orange button on the RIGHT SIDE ➔

or visit the link ⬇
http://www.patreon.com/pengpengart

[listening to "rise" by katy perry] 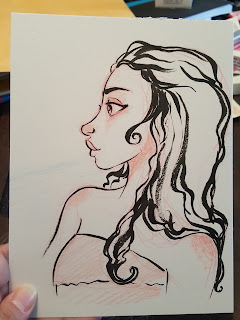 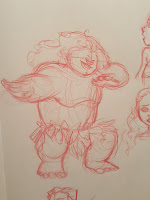 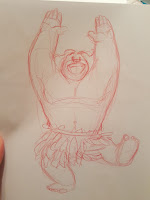 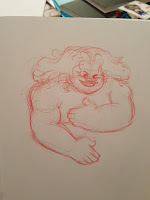 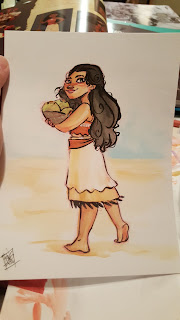 happy new year everybody!!! not sure how it turned into 2017 without me noticing, but it totally did! probably cuz i was working on new year's day trying to meet a deadline this week. which i met, i'm happy to say. but of course i'm unable to show cool stuff like that online since it's all still hush hush. SO, i've decided to start the year off right by posting some Moana doodles from a couple weeks ago. the first one is little sketch i gave as part of a christmas gift. i only used my black pocket brush pen and some colored pencils for the red parts. the others are a series of sketches of Maui that i drew while watching the clip of his song "You're Welcome" (thank you, the Rock!) on youtube. i just love those little moves he does! and the last one i posted before but i figured it's Moana so i'll post again. that one was done as a Patreon reward for one of my awesome supporters.

if u know me or follow any of my social media outlet, u'll know that i loved Disney's most recent movie Moana. not only cuz it's a flippin great adventure, but it's a pretty huge deal for me to see a Disney Princess that kinda looks like me! for the longest time, i've had to resort to Mulan and i'm definitely not Chinese. (yeah i know she's not technically a princess.) and before that, Snow White was the only black-haired Princess that wasn't evil. otherwise, it's been varying shades of white girls and 1 ethnic sample of certain regions of the world. i'm Filipino, which is considered Asian but we're also a set of Pacific Islands. Moana is as close to hitting home for me as it will ever get unless somehow they create a Filipino folk tale. I'm not gonna hold my breath on that though. this movie holds a very special place in my heart and i can't wait until i see little kids dressed as her next year.


quick personal note: i know that the song "rise" by katy perry may be considered a little cheesy or hammy or whatever colorful word one wants to use. i think she made it for the Olympics that just passed. but i find that it's quite motivating for me. it's a tiny reminder for me not to give up my art/career goals no matter how much i doubt myself. cuz, frankly, nobody sings cool songs about being a quitter, and i don't wanna be that song nobody sings.
No comments: