so my studiomates Jerry Gaylord, Bryan Turner, and I are finally going to be doing our own kickstarter for our own project! all 3 of us have been part of other people's kickstarter campaigns before but this will be our first one for our own studio book! it's kind of a big step for us. we've spent so much time since we formed IDSTUDIOS trying to break into the comics industry and then recently the animation industry that we never really got to focus on our own projects. some of these stories have been floating around in our heads for nearly a decade now but this kickstarter book will give us the opportunity to finally make it happen. to find out more about the book itself, keep an eye on the studio's facebook page - facebook.com/identitycomicsstudio - as well as IdentityComics.com. 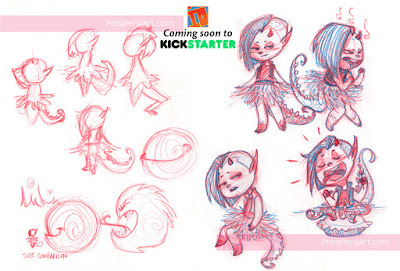 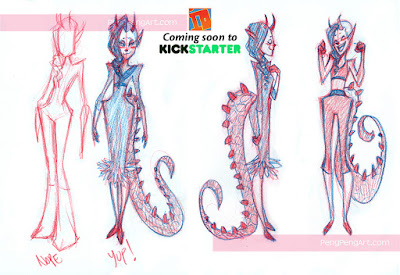 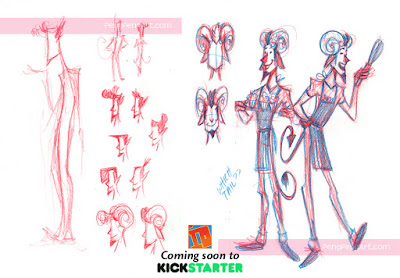 if ur one of my wonderful Patreon supporters, u've already seen these images. if not, these are the character designs for my portion of the kickstarter project. these are character designs for a story that i'll be doing as a mini webcomic called LITTLE DEVIL. i'm working on it with some very talented writer friends Jeffrey & Susan Bridges who have written some stories for Top Cow and are currently working with Valiant Comics on an audio drama! they write the words, i draw the pictures, and together we're gonna bring folks a cute all-ages comedy! i'm going to put the first 6 pages into the kickstarter and continue for about a year putting out a few pages a month. then eventually we'll collect the whole dang thing in a book and it's gonna be awesome!!

our kickstarter should be launched on or about July 11th! we'll be sending out an invite on our ID FACEBOOK PAGE as well as my own PENGPENGART FACEBOOK PAGE this week. if ur interested and want to support, please be sure to accept the invite and u'll be reminded about the launch date!!! i have excitement!!!
No comments:

[listening to "hymn for the weekend" by coldplay ft. beyonce] 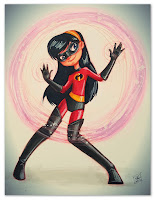 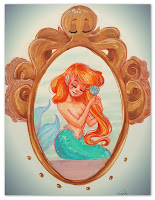 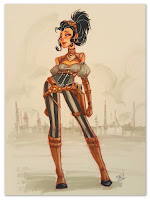 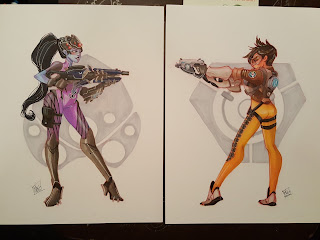 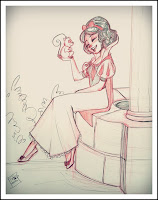 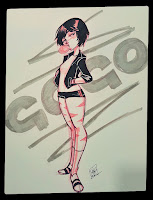 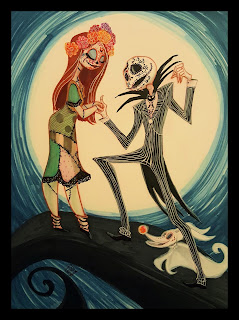 so i've finally uploaded all of my pics from the past 3 comic cons on my facebook art page! if u wanna check em out, just click on Photos and check out the Albums. and if u haven't done so already, please be sure to click LIKE and follow me!
i don't wanna throw tons of pics on here so i've picked just a couple of my favorite from each show. (well, maybe a little more than a couple.)
THANK YOU to all of u who came by my table at these conventions. i absolutely would not be doing any of this stuff if it wasn't for ur support. i'm never short of amazed that so many folks care about my work. i promise i would never take that for granted.
i've been busy doing a lot of other commissions and character designs for a personal project (which i will post about soon). i don't think i've ever been this consistently busy before. feels really good!
4 comments:

[listening to "i believe i can fly" by r. kelly]

it's been quite a whirlwind of a few weeks. went to 3 back to back conventions, took a mini 2-day vacation at Disney World, and then when i finally got home, my loyal computer Jarvis died on me! which was probably the biggest hit cuz i've had him for a little over 7 years. but i just got a new computer, Friday, and she's working out well so far.

i'm still gathering ALL of the pics from all of the conventions to post up here and on my PengPengArt facebook page. in the meantime, i just wanted to remind u guys about my PATREON PAGE! anyone that signs up until July, regardless of the support level u choose, will get a PDF of my 2015 artbook - Daydreams Book 1. i don't have any more copies of this book so this will be the only way to get it. i've also got loads of rewards with an eye towards making process videos to share with everyone in the near future! please check it out, consider the support or just spread the word!
No comments: 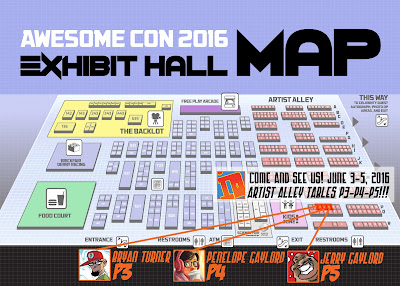 i don't have much time right now, i'm not even listening to any music. we just got back from MegaCon and now we're headed right back out to Awesome Con in DC! so i'll post pics and stuff from all these shows when i finally get done next week. but if you're in the area and plan on attending the convention, come out and say HI to me and my studiomates. i will be at ARTIST ALLEY TABLE P4 - next to the Kid Zone and between IDSTUDIOS guys Flash at P3 and theFranchize at P5. here's a handy map to find us! hope to see ya'll there!!!
No comments: