[listening to "feelin on your booty" by r. kelly] 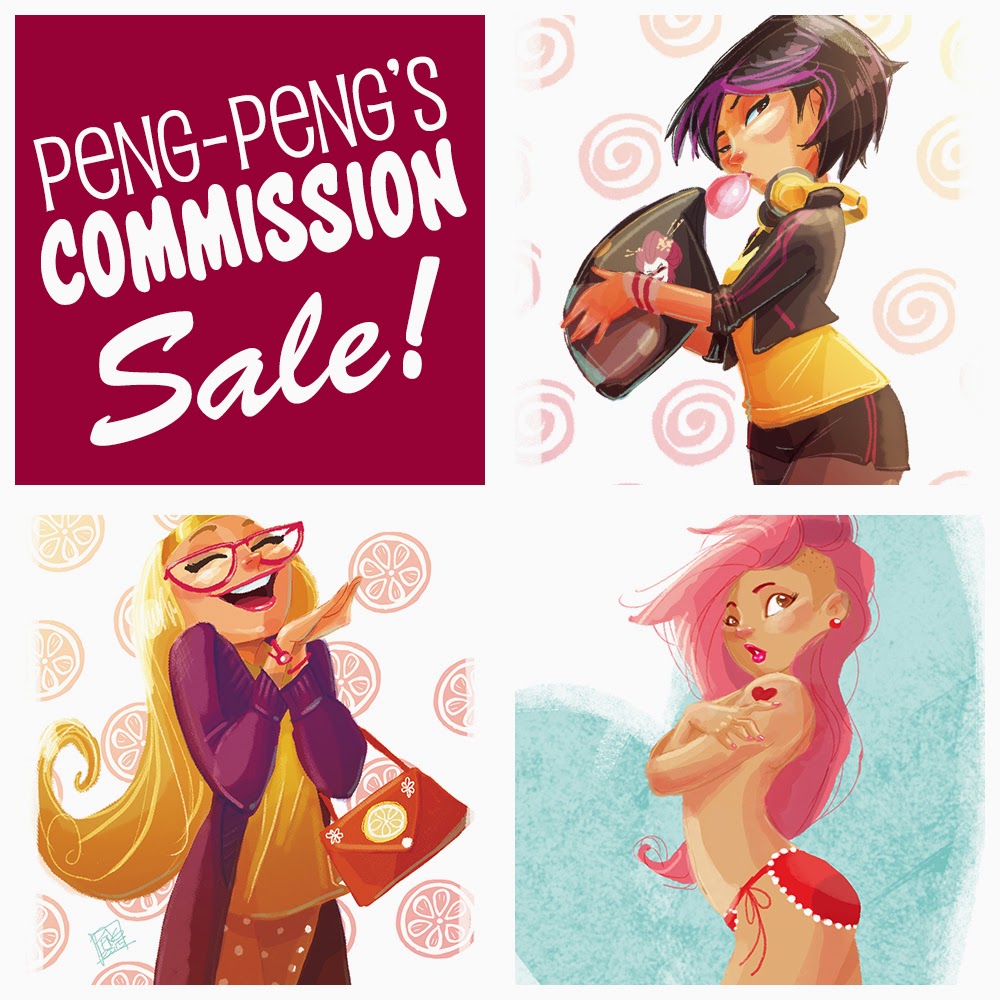 i mentioned on twitter yesterday that i'll be doing a commission sale soon. so here it is!!!
next month is gonna be quite the exciting month with 2 cons plus free comic book day festivities! i wanna hit the ground runnin on that month with a commission sale to get me drawin more.

here's all u need to know - $50 single-character color commission! that's it! all my color commissions are done digitally so u won't even need to worry about shipping. they will be drawn about mid-thigh up. this is a chance for u to get ur favorite character drawn, OR ur original character, whatever! (as long as u don't say u drew it OR sell it like u made it, do whatever u want!)

if ur interested, shoot me an email at penelope @ identitycomics . com and let me know what ur lookin to get done! i've cleared off a bunch of stuff that are backlogged so now's a good time to get more work in! i'm still working on Bill & Ted pages and other projects so that's why i'm not doing head-to-toe commissions.

[listening to "earned it" by the weeknd] 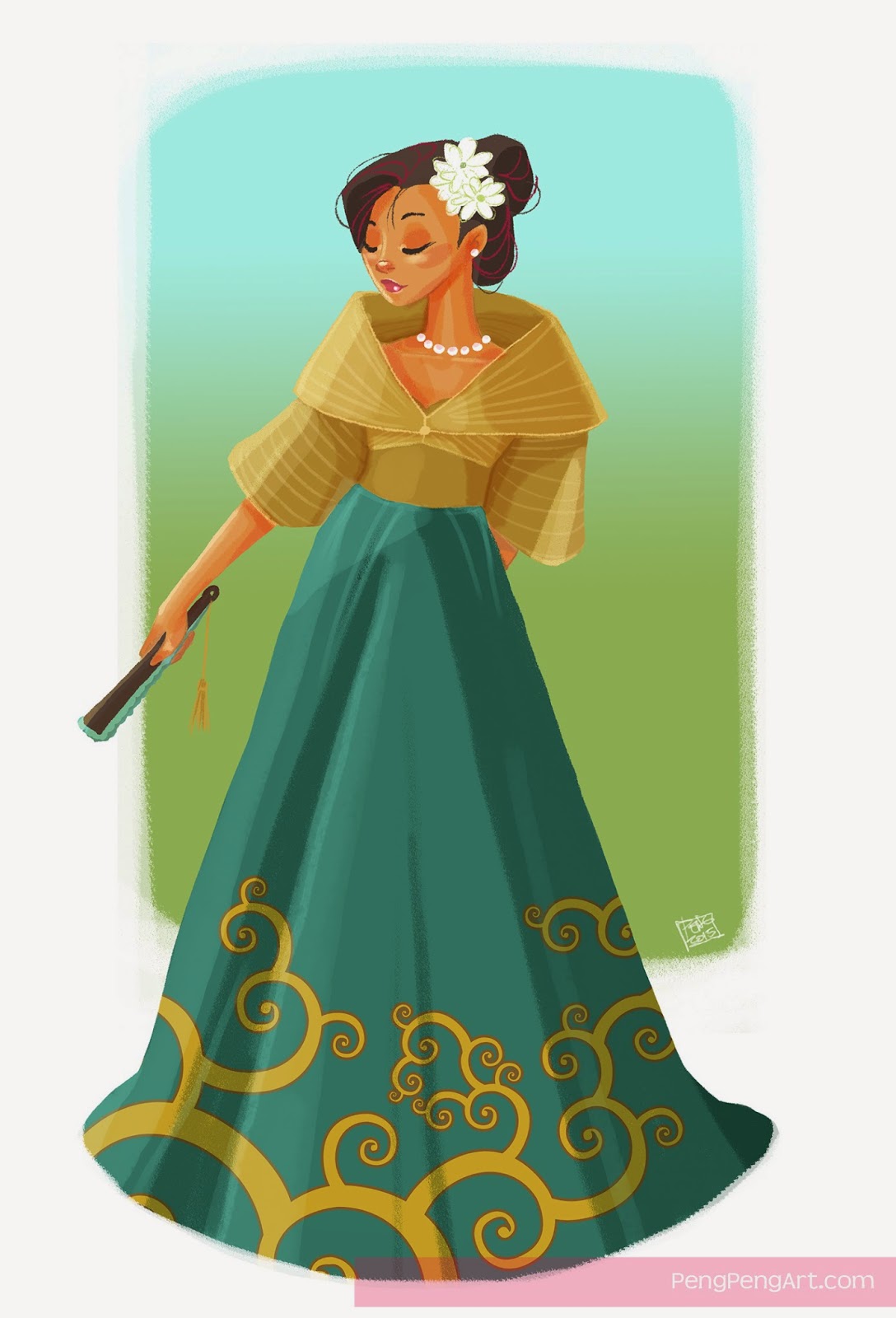 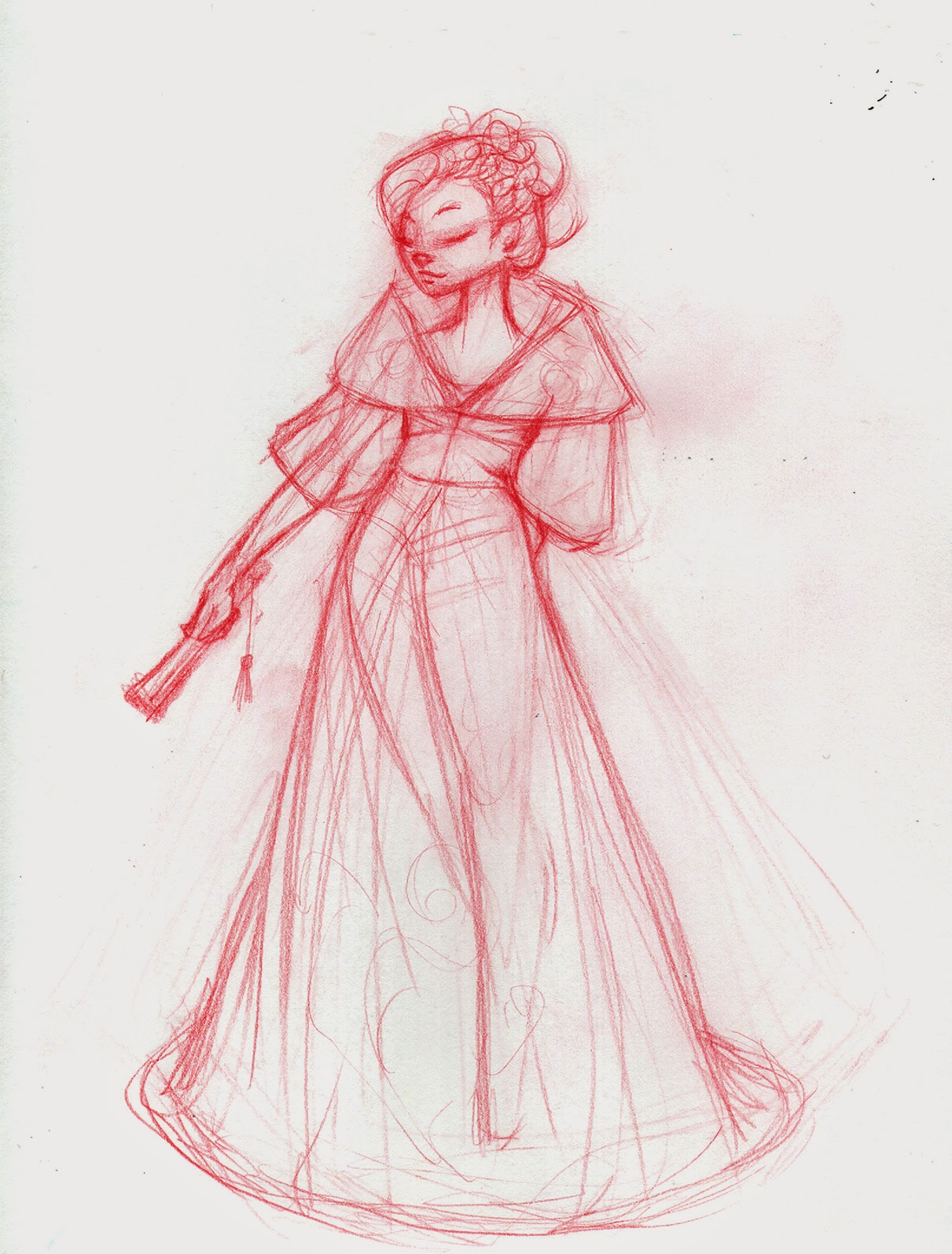 a couple weeks ago, the Girls Drawin Girls weekly theme was "Girls Around the World" which i really really wanted to do. but cuz life and deadlines seem to rule my day to day, i was only able to do it now. but if u know me, u know i'm more of a better-late-than-never kinda gal.

SO! this is my Filipiniana drawing. anytime i see any series of international ladies drawings, my home of the Philippines is always left out. i've always had to choose the Japanese or the Chinese ones cuz it's as close as it gets. so when the opportunity presented itself, i wasn't going to miss out.

i saw this modern take on the Maria Clara dress (a traditional Philippine dress) online and i just had to use that to put my filipina in. it just looked so regal. the traditional ones are oftentimes this sheer off-white material for the top and something like a black or some solid color for the bottom. to me it seems like waaay too many layers for such a hot climate, but i guess it's supposed to be pretty & not practical. like dresses do.

i also put sampaguita flowers in her hair (the national flower of the Philippines). now if i can just get someone to make this into a doll.....
1 comment: 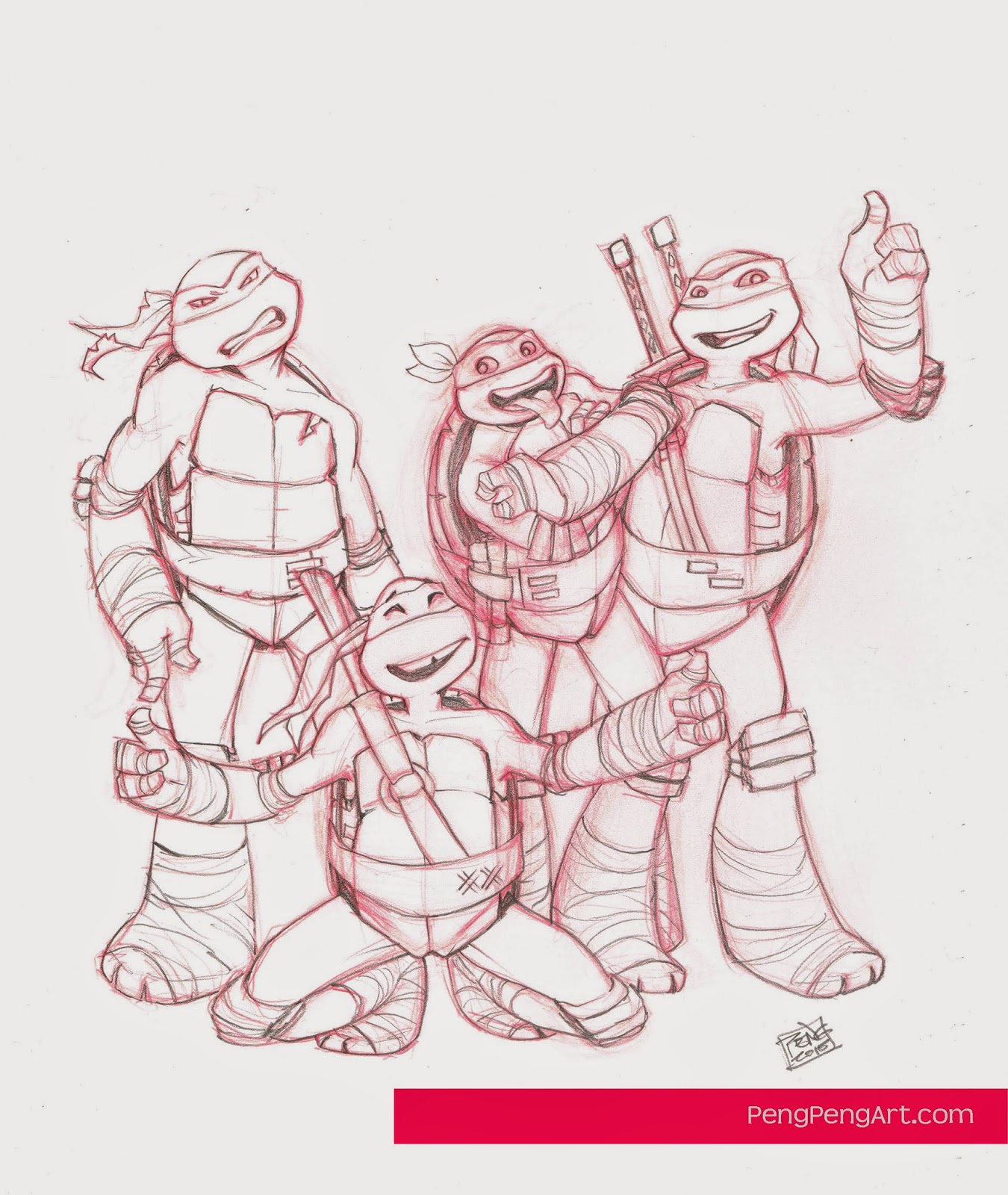 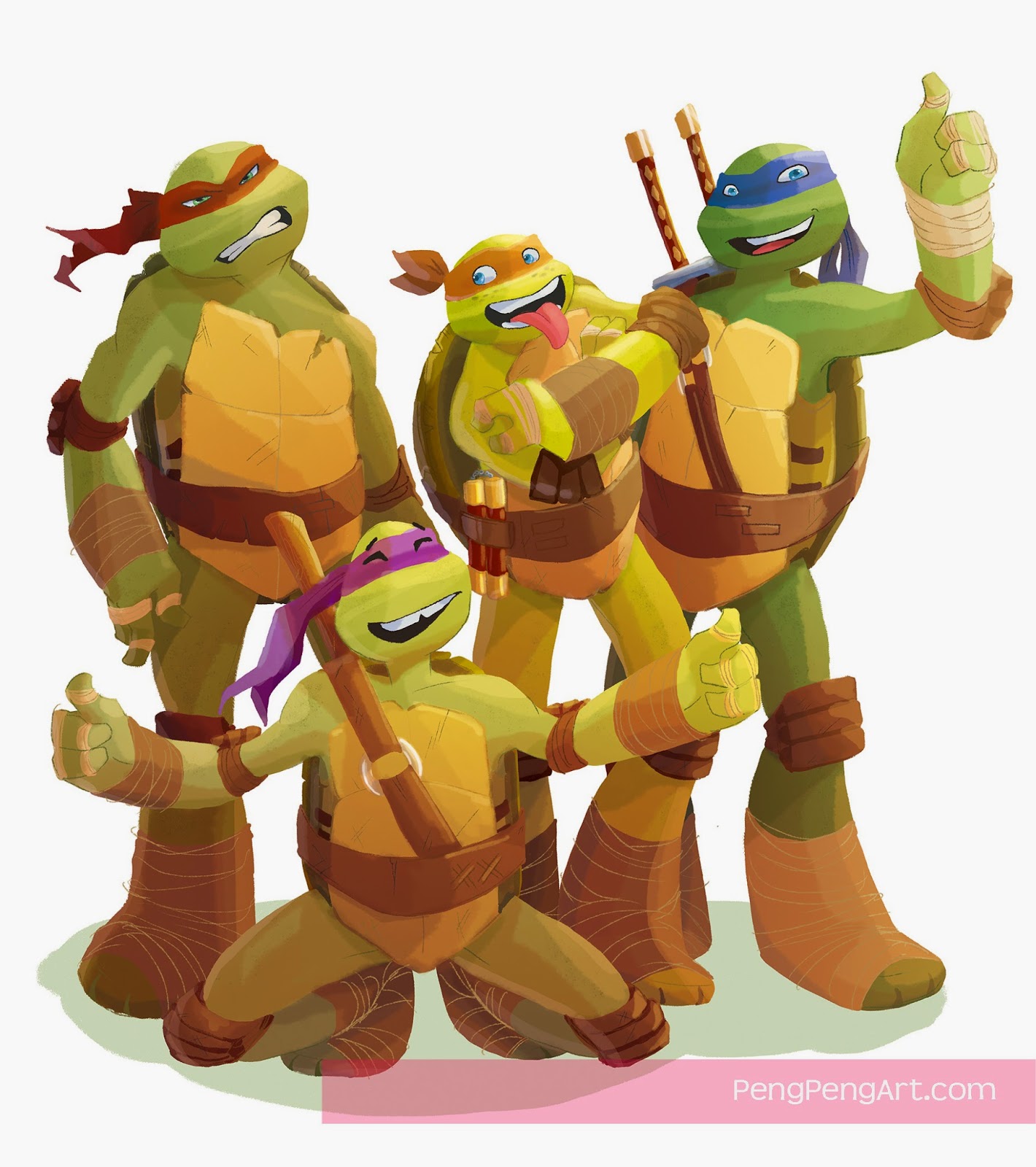 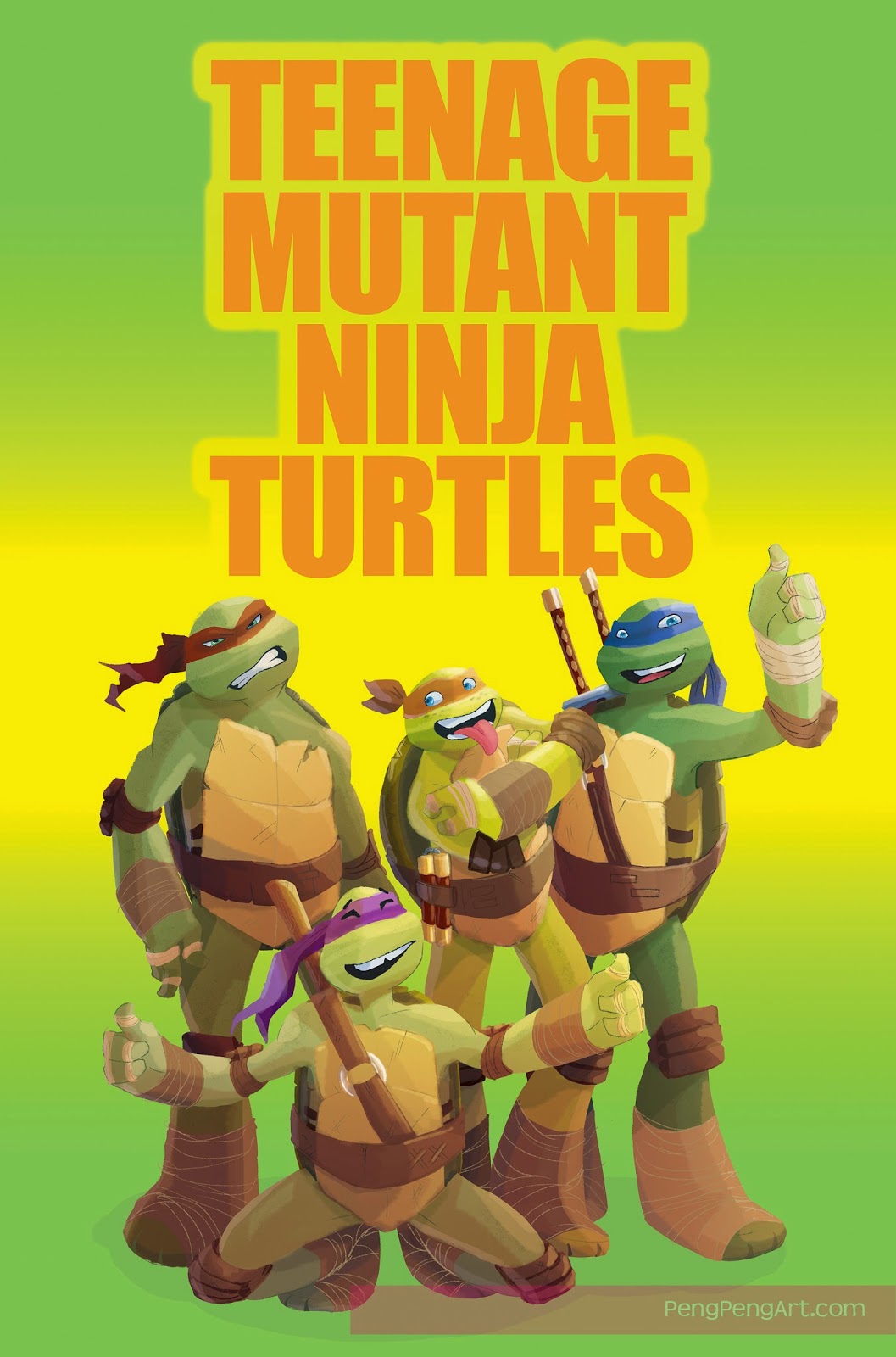 i was trying to learn me how to draw some TMNT - Nickelodeon style last week. if i haven't told u guys before, i really am lovin the animated series. almost as much as i used to love the cartoon! also, if u didn't know, i loves me some original TMNT movies - 1 & 2. i have destroyed a VHS and a DVD of part 2 because i used to watch em soooo often. (Part 2 is my favorite, don't even try to talk me out of it.) i'm now workin on my Bluray but Netflix may have lengthened its lifespan thanx to them adding it to their library. (also, i hate the newest one. my own husband can't talk me into liking it, it's an abomination on many levels. i can't get started.)

ANYWAYS. that was probably more than u wanted to know about how much i love the turtles. decided to make this fun pinup modeled after the 1st movie's VHS cover (i think) - but in the Nickelodeon style. Donny is definitely posed like he should be Mikey, and Mikey's pose is hilarious. ah the 90s. normally i wouldn't draw the lines out this much anymore since i'm tryin to color differently these days. but i pencilled the whole thing out so i can have an original i can show people at cons.

then, below are sketches in my sketchbook that i posted on my instagram as i tried to figure out how to draw em. if u follow me on IG, u probably already saw these. Turtle Power! 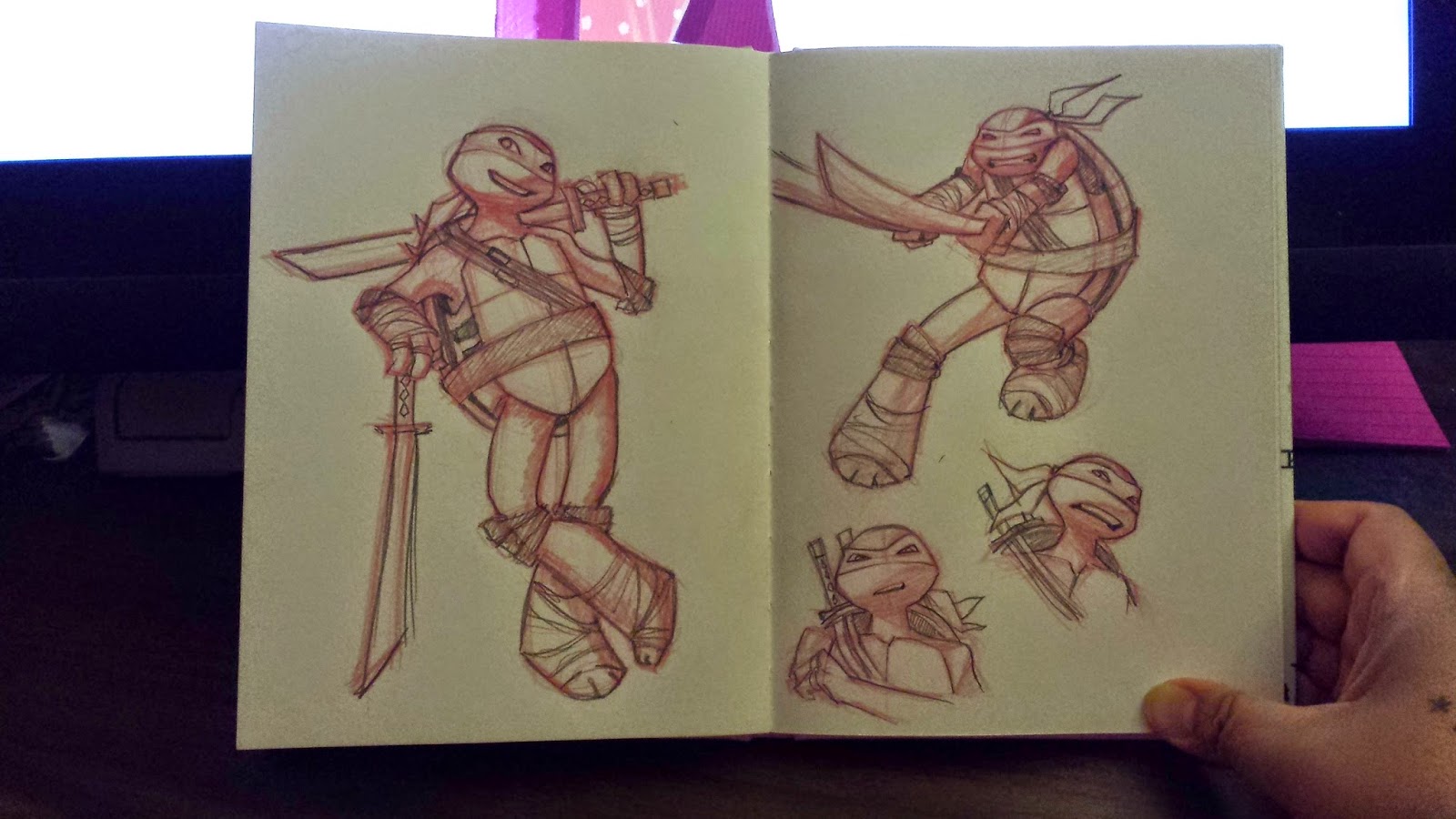 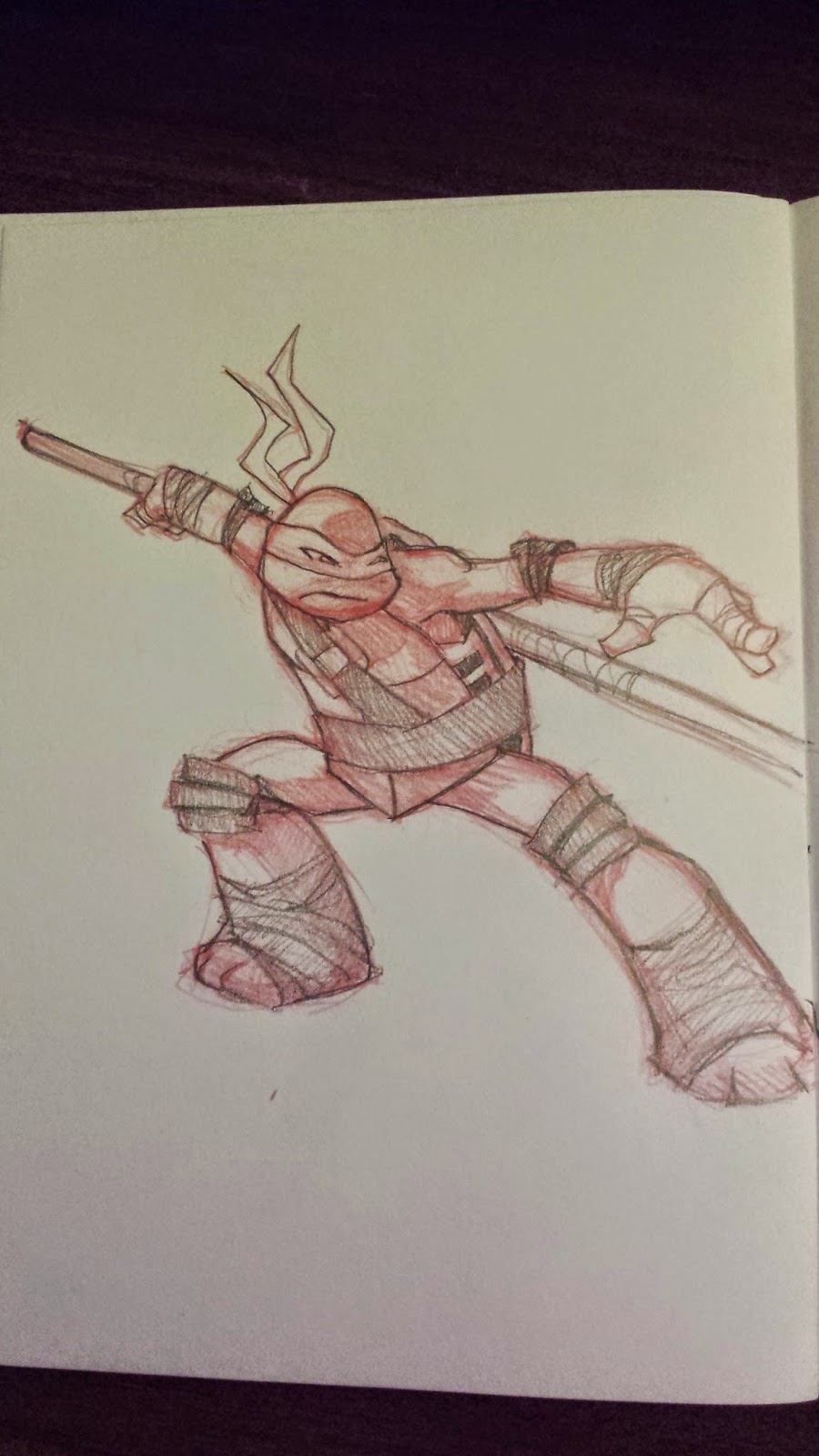 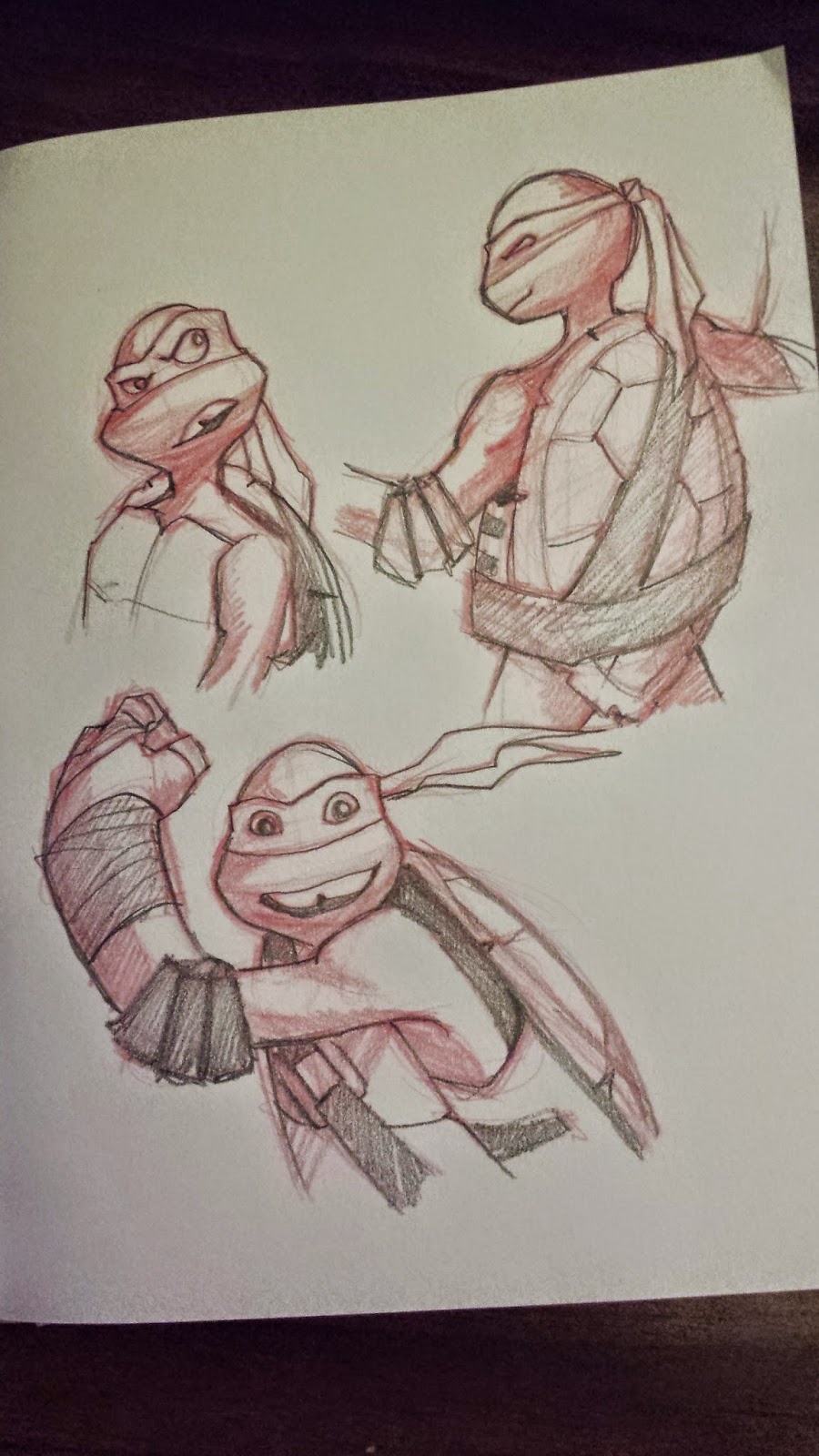 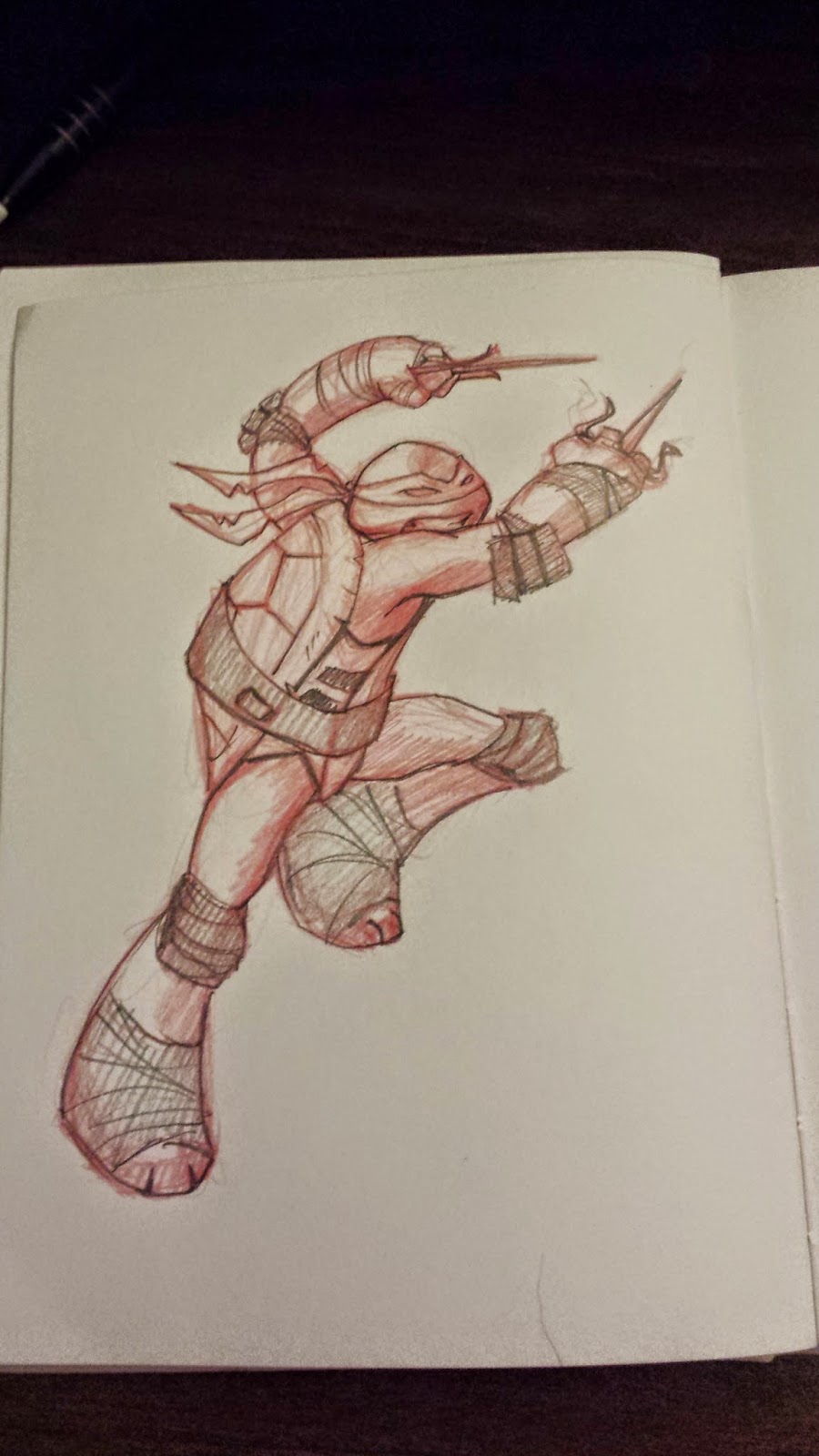 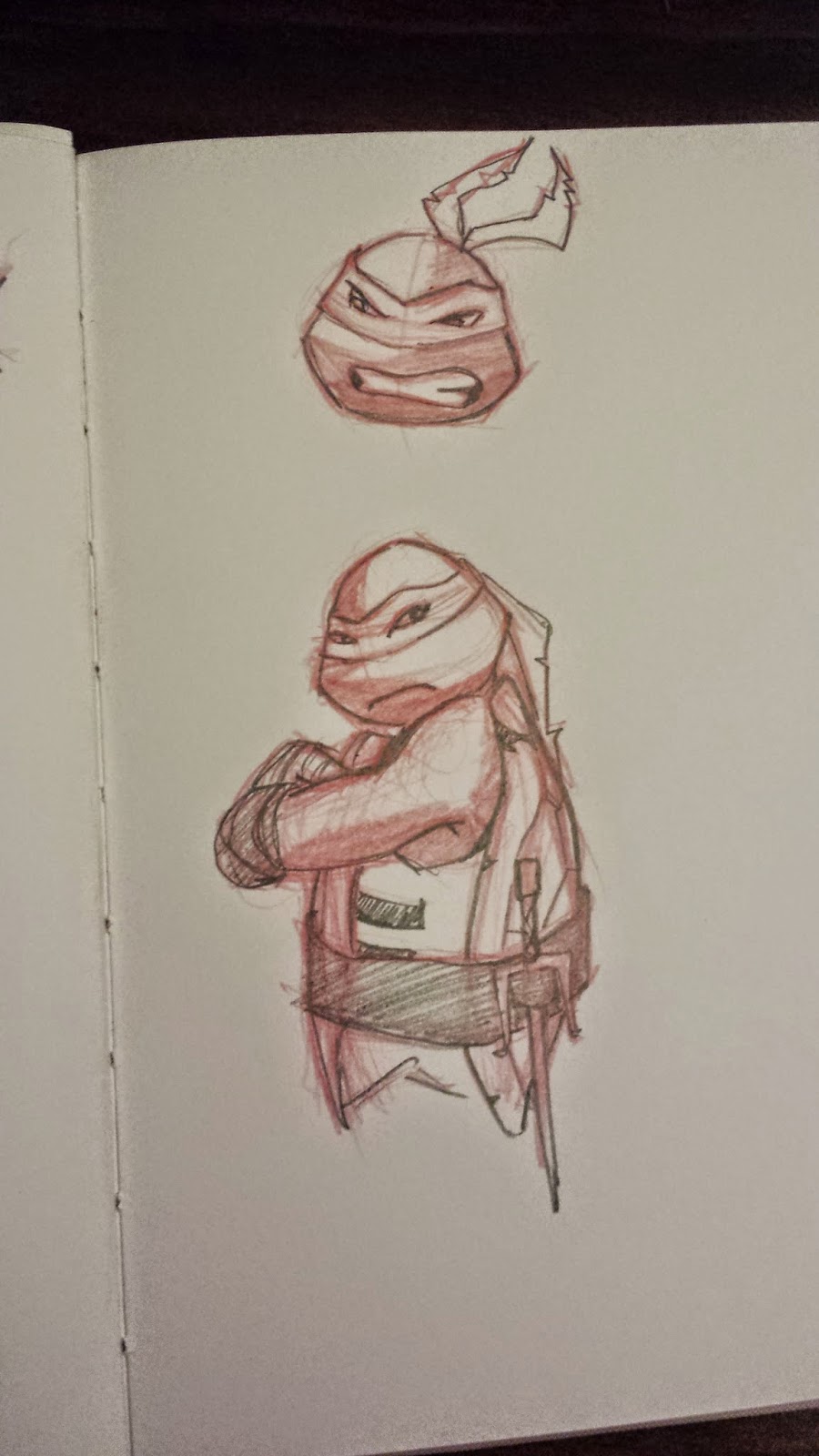 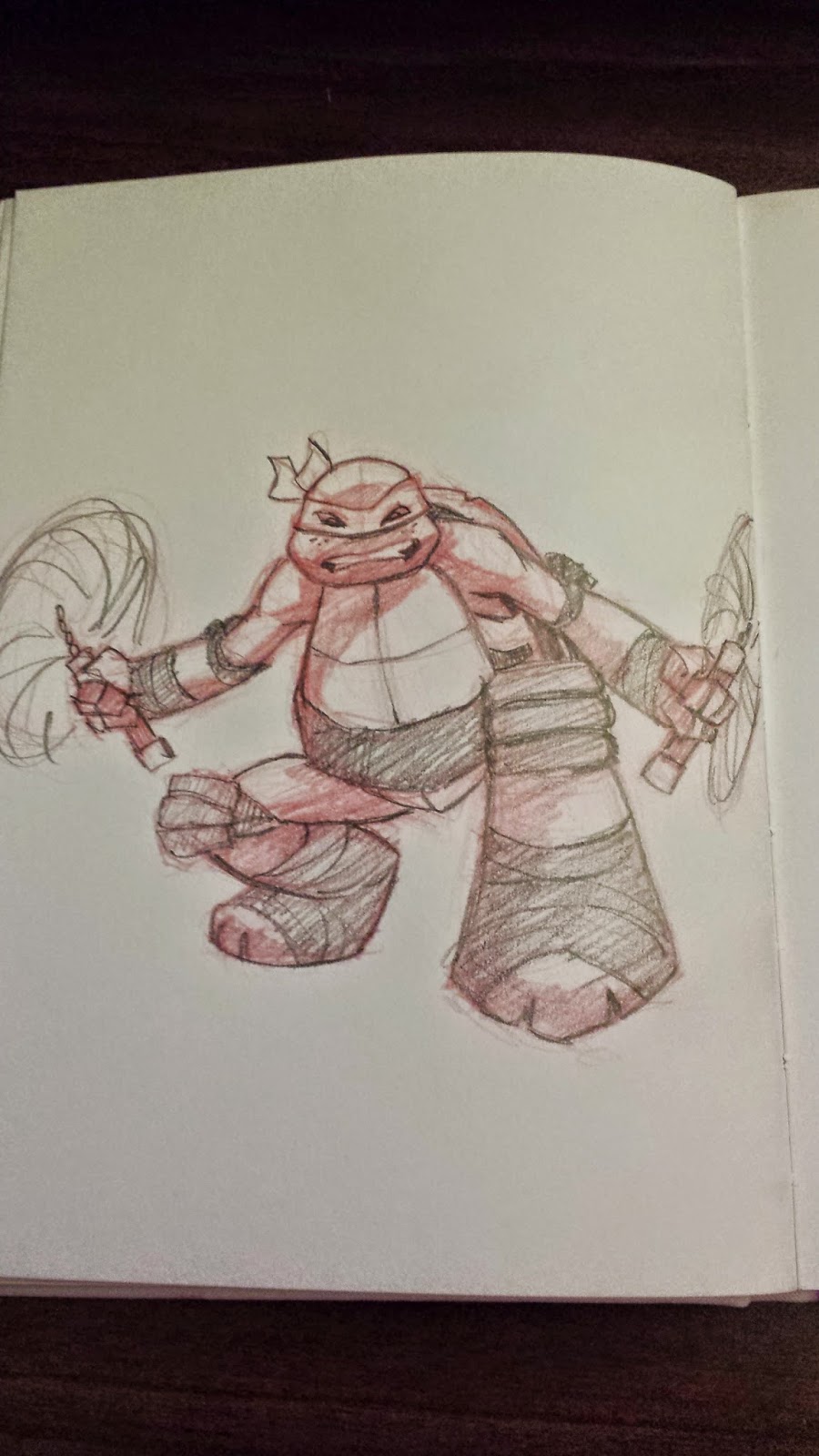 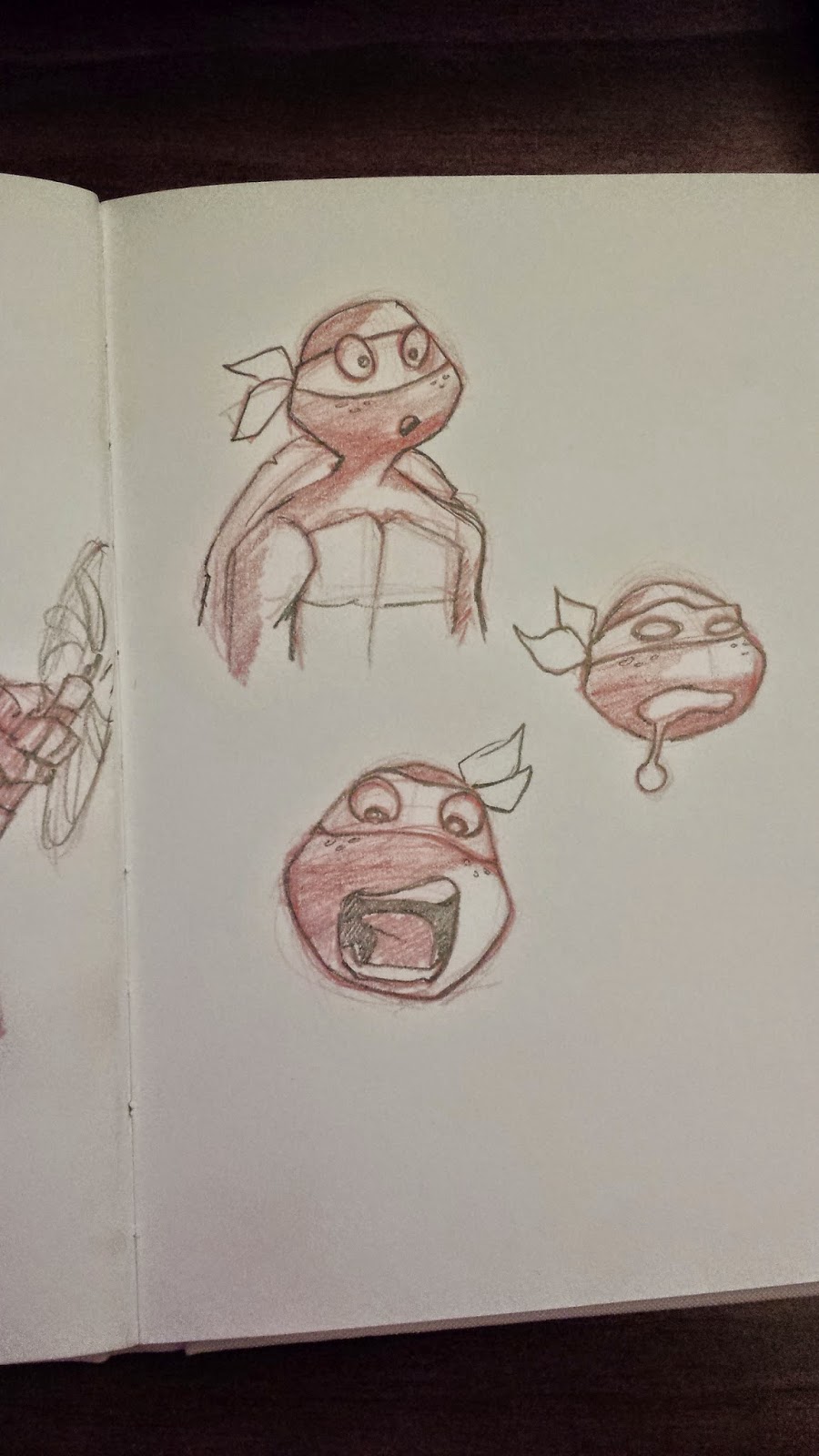 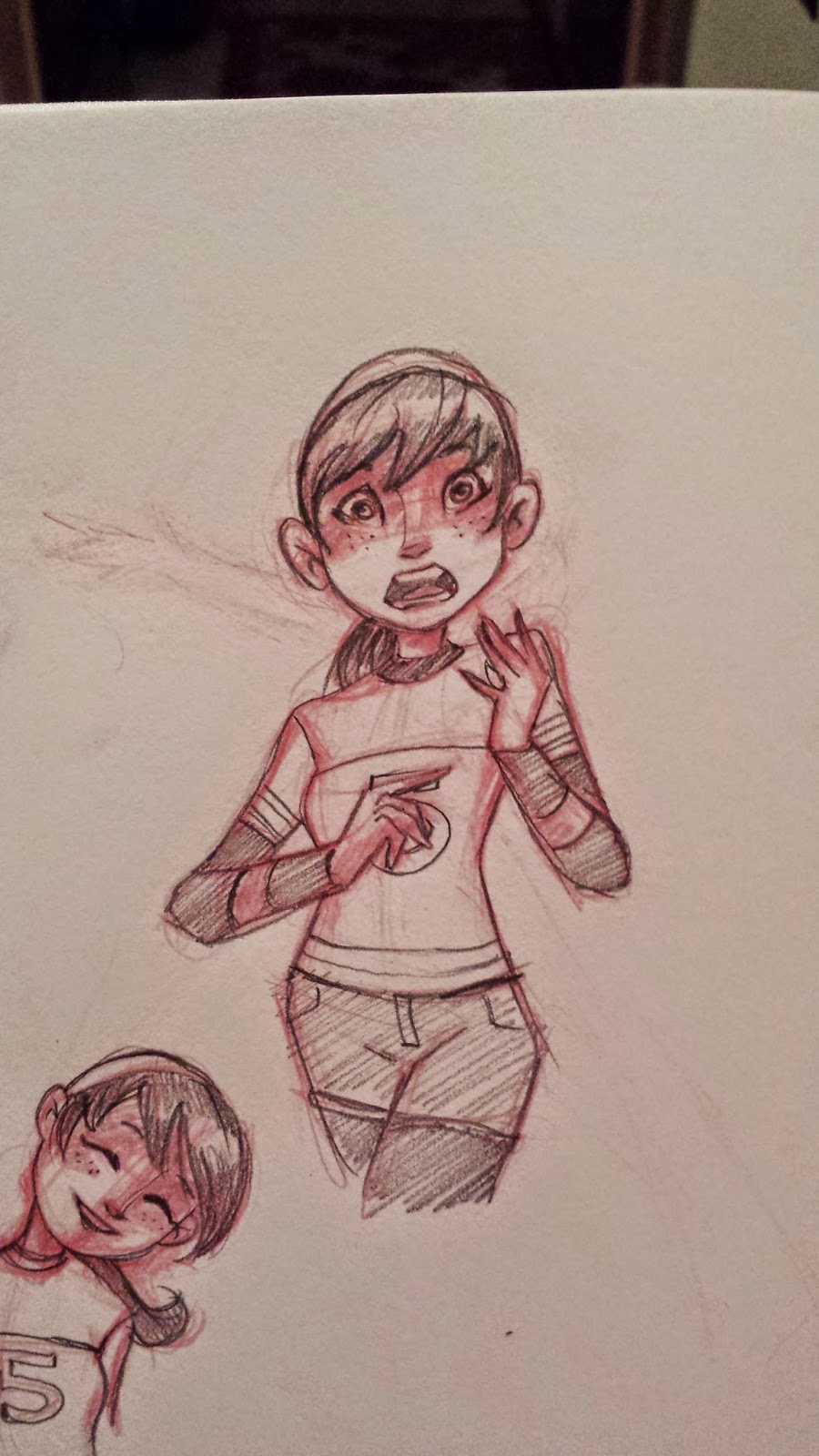 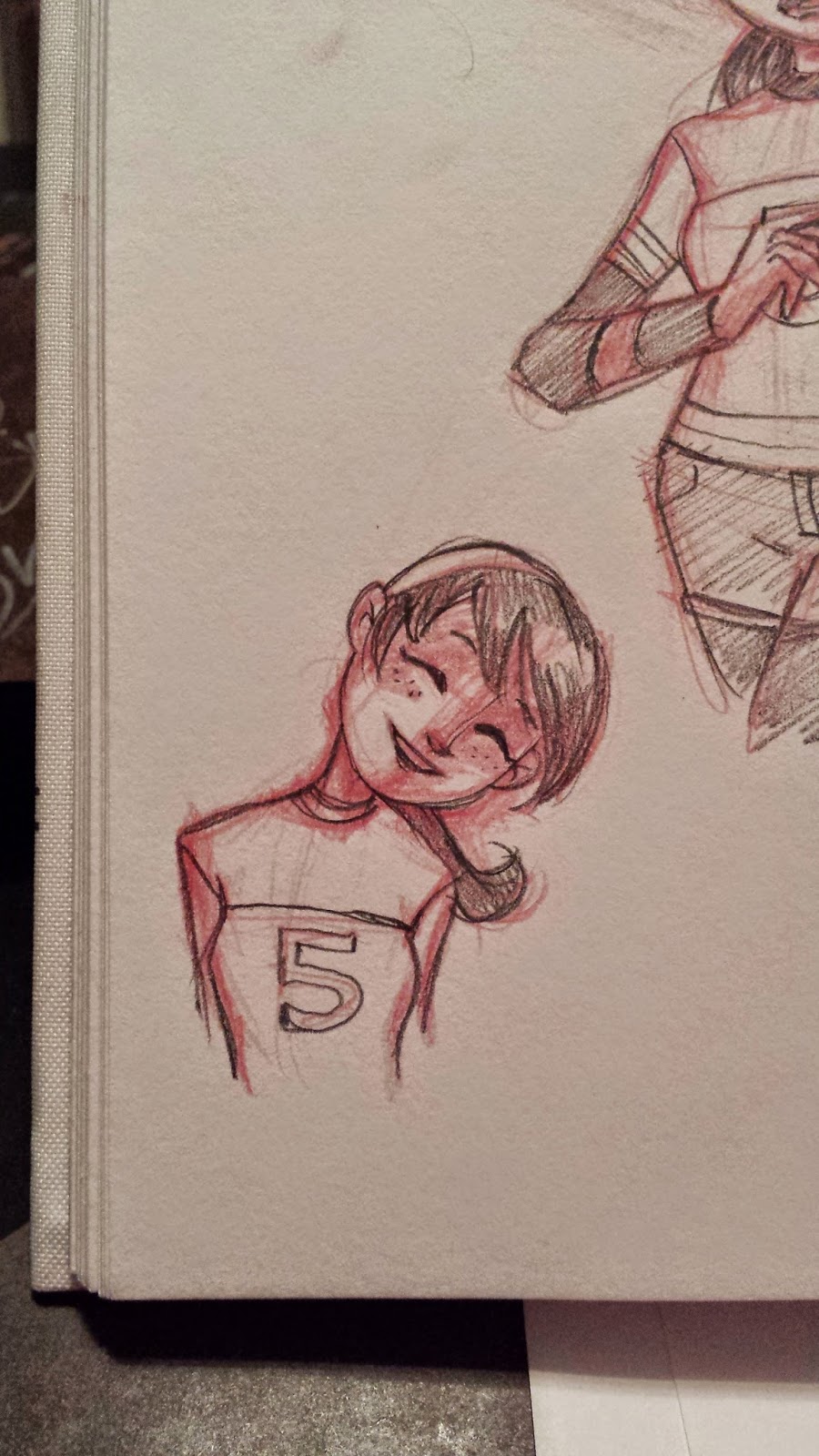 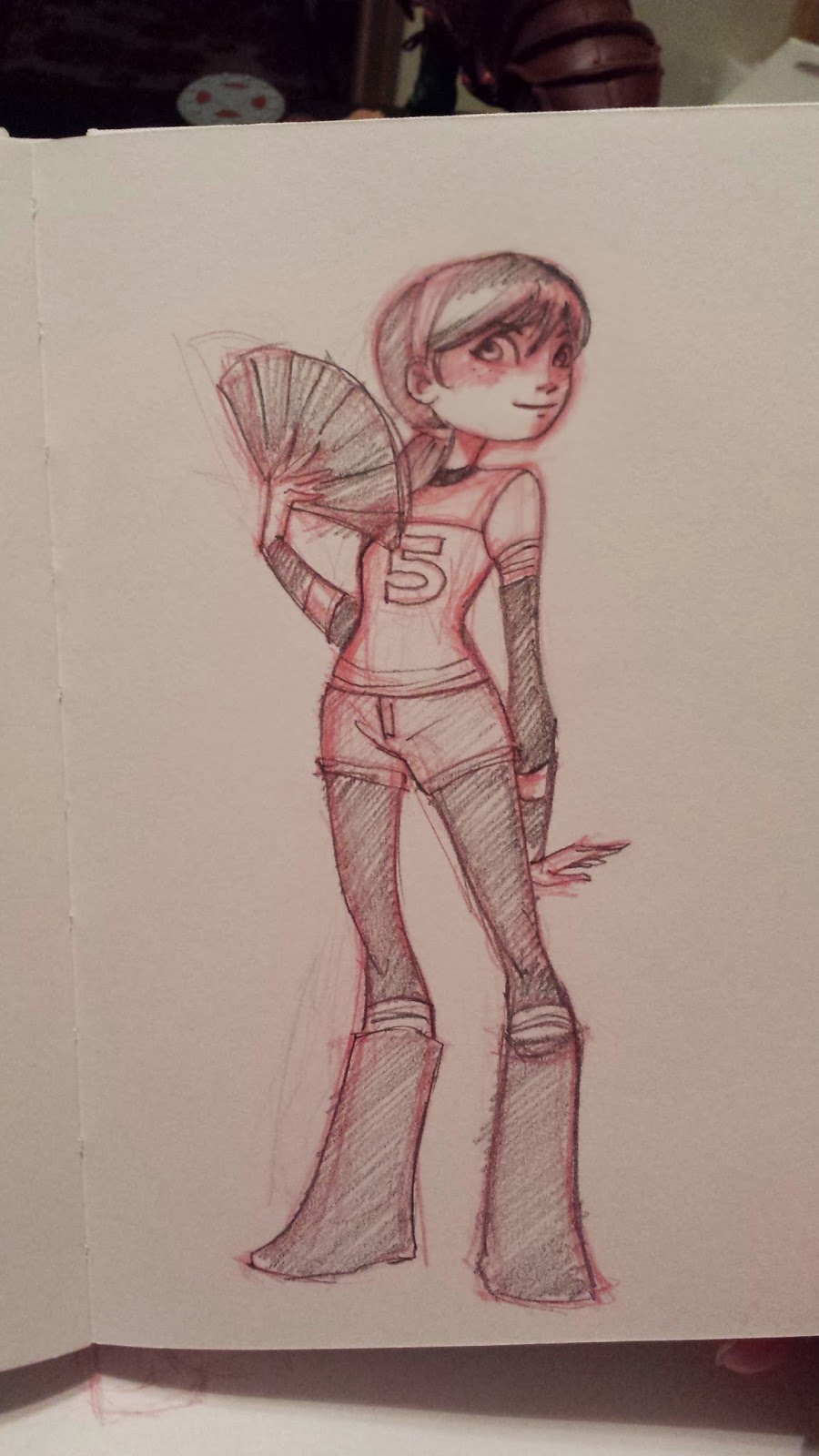 [listening to "immortals" by fallout boy]


just a quick update from me today, cuz i'm playing so so much catch-up. BUT i have to show u guys that the artist spotlight is on MEEEE on the Girls Drawin Girls website! i was the featured artist of the group back in January but my interview just went up online. so please take a moment to procrastinate at work or school (not that i encourage that sort of behavior, no way) and have a quick read (click image/link above). love being a part of this group of amazing ladies. they really make me step up my game. i certainly don't wanna be the lame one in the lot.
No comments: