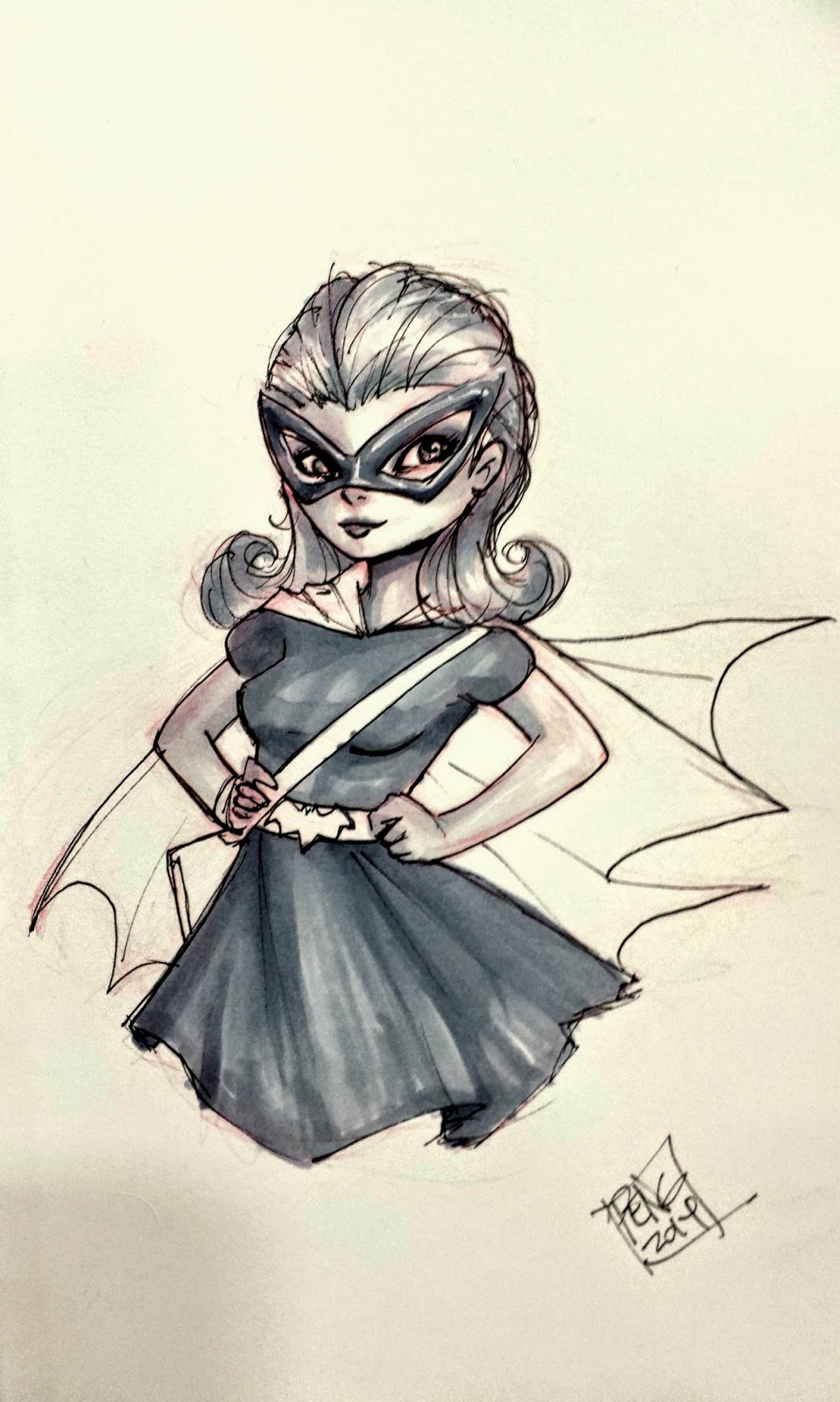 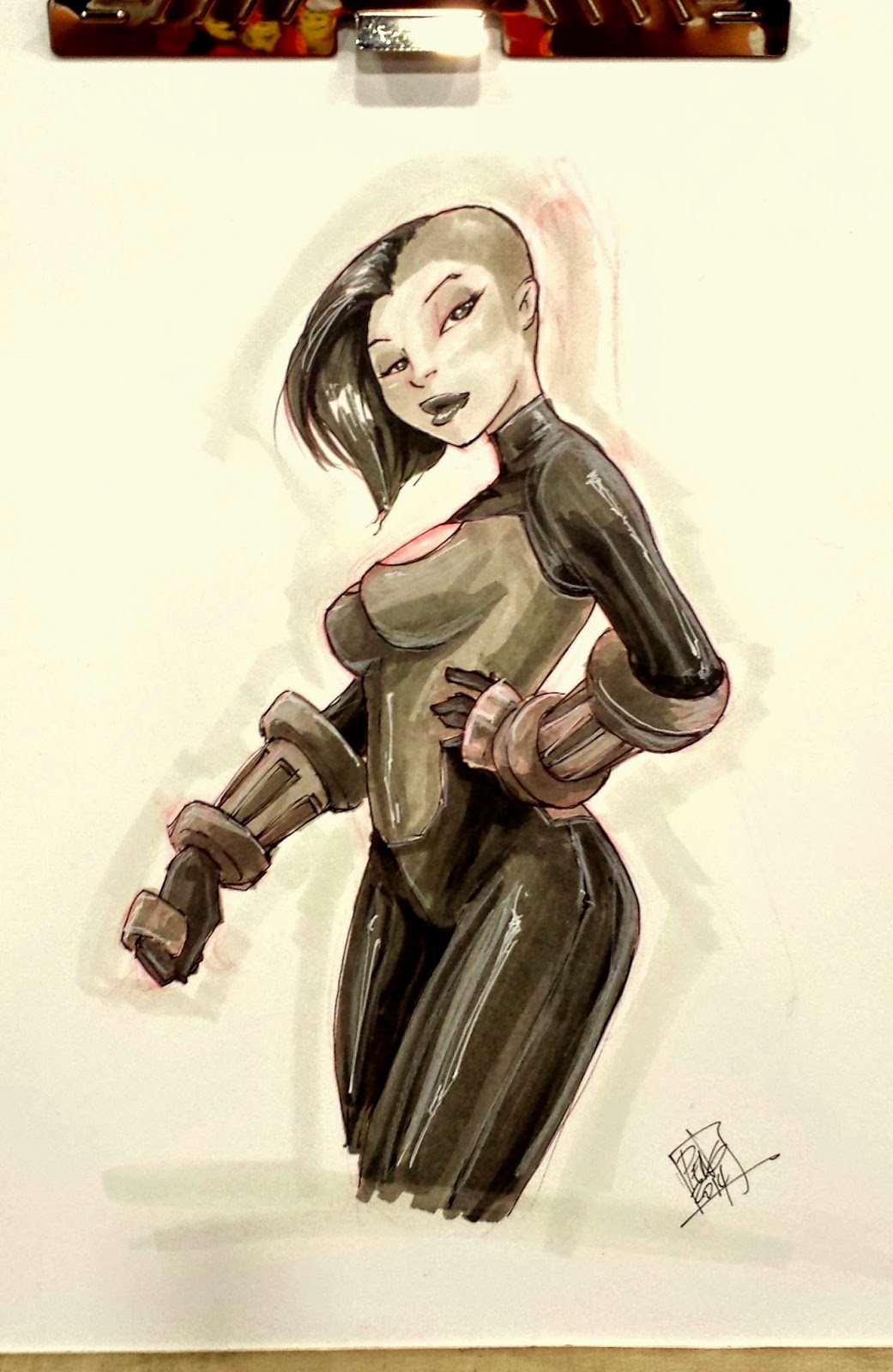 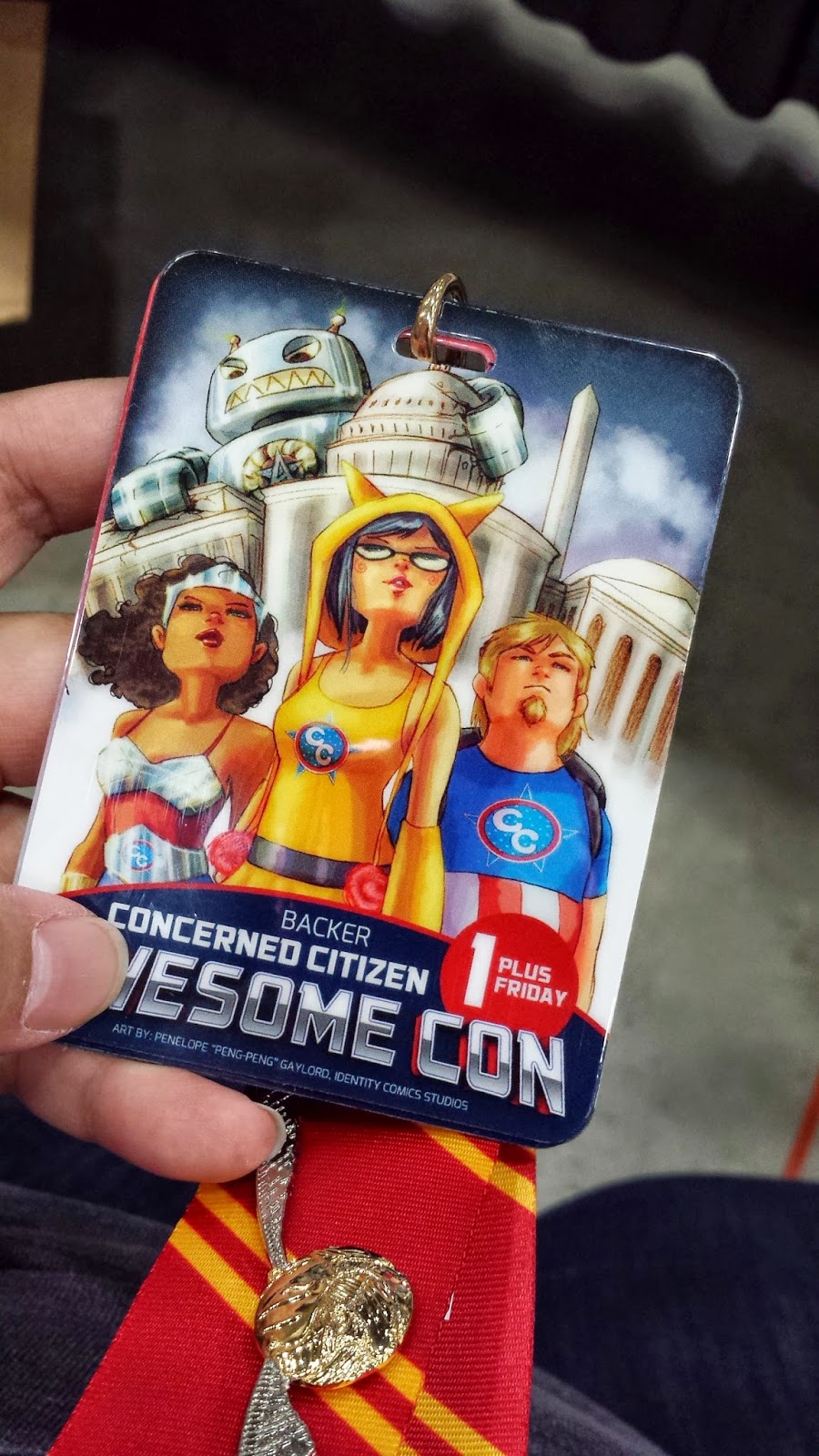 it's been almost 2 weeks since Awesome Con and i have yet to post pics. i have very good reasons though. hubby was in the hospital and i had to take care of him. he's doing better now so i'm able to do more stuff like draw and post pics!

well, if u haven't heard already, Awesome Con really lived up to its name. its amazing how much it grew in only its 2nd year. the team that puts the con together are some of the best guys in the biz but i know the show grew so much thanx to all the attendees and everyone that participated in its kickstarter from last year. we got to see some familiar faces, some new ones. me and IDSTUDIOS crew were in the exhibitor area for the first time with such a huge space and it really felt kinda nice. we each had a table, which is a first for us. i was kinda afraid before that if i had my own table and the guys had theirs, that my table would be all sad and lonely and noone would wanna come and talk to me. but it actually turned out pretty fantastical! i am my worst critic, i know.

i didn't get to do very many commissions over the weekend, which is kinda good because whenever one of us left the booth for a signing or a panel, it was hard to man their table too. i'm grateful for the few that i did do, but happy it was only handful.

huge high-fives to everyone that stopped by our booth at the show! its our best show to date, especially since its in our hometown! and it was really neato to see folks walking around with the badges that we designed. couple of folks came up to have me sign it, that was super neat. and of course, after the show we were able to have a little bit of shenanigans. even got to see Captain America 2 for the first time and by golly, that was one fantastic film. pleasantly surprised! the theater experience though was wild and crazy. i mean it was DC on a saturday night so i kinda expected it. but wow. dude in front had to be asked to put his phone away, then his friend was passing out (pretty sure dud was drunk as balls) so they had to be escorted out, then some ridiculous chick just got hype with some dude cuz he kept asking her to put her phone away. i mean HYPE! she got all in his mix. lucky it wasn't me, she'd have been smacked. then we both woulda been escorted out. so, like i said, shenanigans. =)

up next - FREE COMIC BOOK DAY!
No comments:

[listening to "pretty hurts" by beyonce]
Awesome Con is already this weekend!!! i don't know how shows sneak up on me every single time but it totally does. love this con! it's in my home of Washington, DC so for once i won't feel like a stranger in a strange land. this is only the 2nd year for this convention and already its leaps and bounds bigger than the first. me and the IDSTUDIOS CREW will be set up in a pretty big booth this time so if ur comin to the show, come by Tables 439/538 and say hi! =) i got to do a badge design and an exclusive MLP cover, what's not to love about this con!

i've been so durned busy trying to get stuff finished before heading out to the show. i don't know how this happens but somehow all of my projects are ALL due before the show. some of it may have something to do with my tendency to procrastinate, but not all of it! so i may be off the social grid all week, but i should be good to go this weekend.

i'll see u all in DC!
No comments: 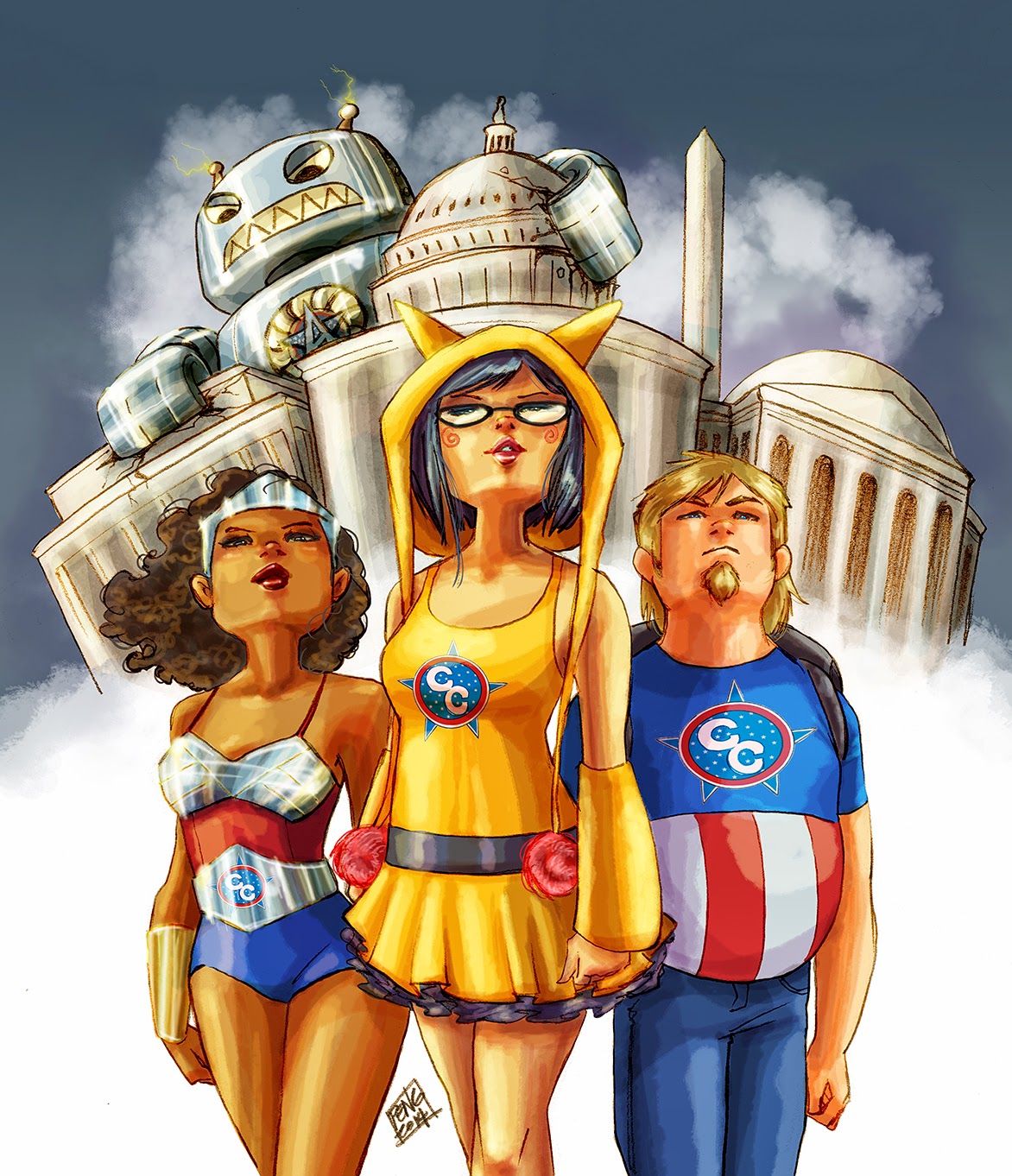 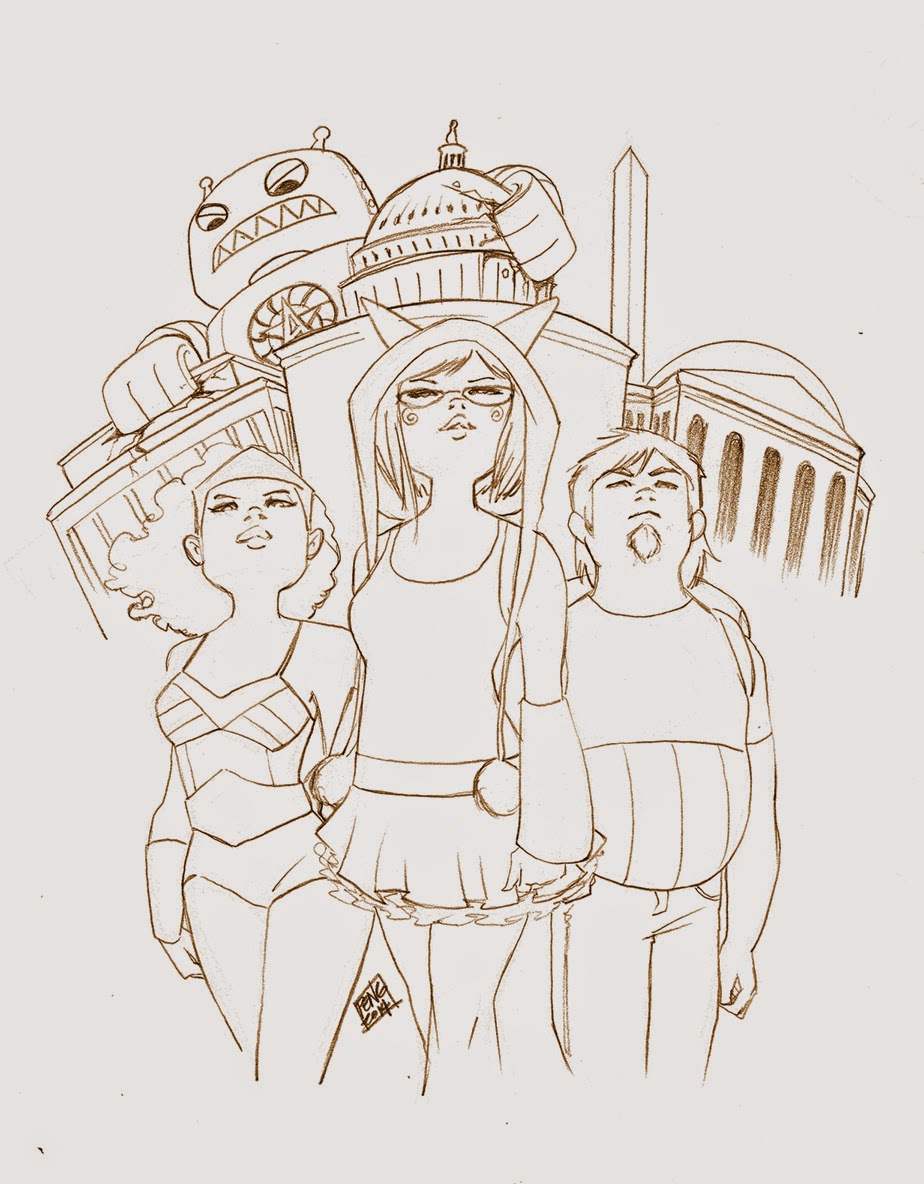 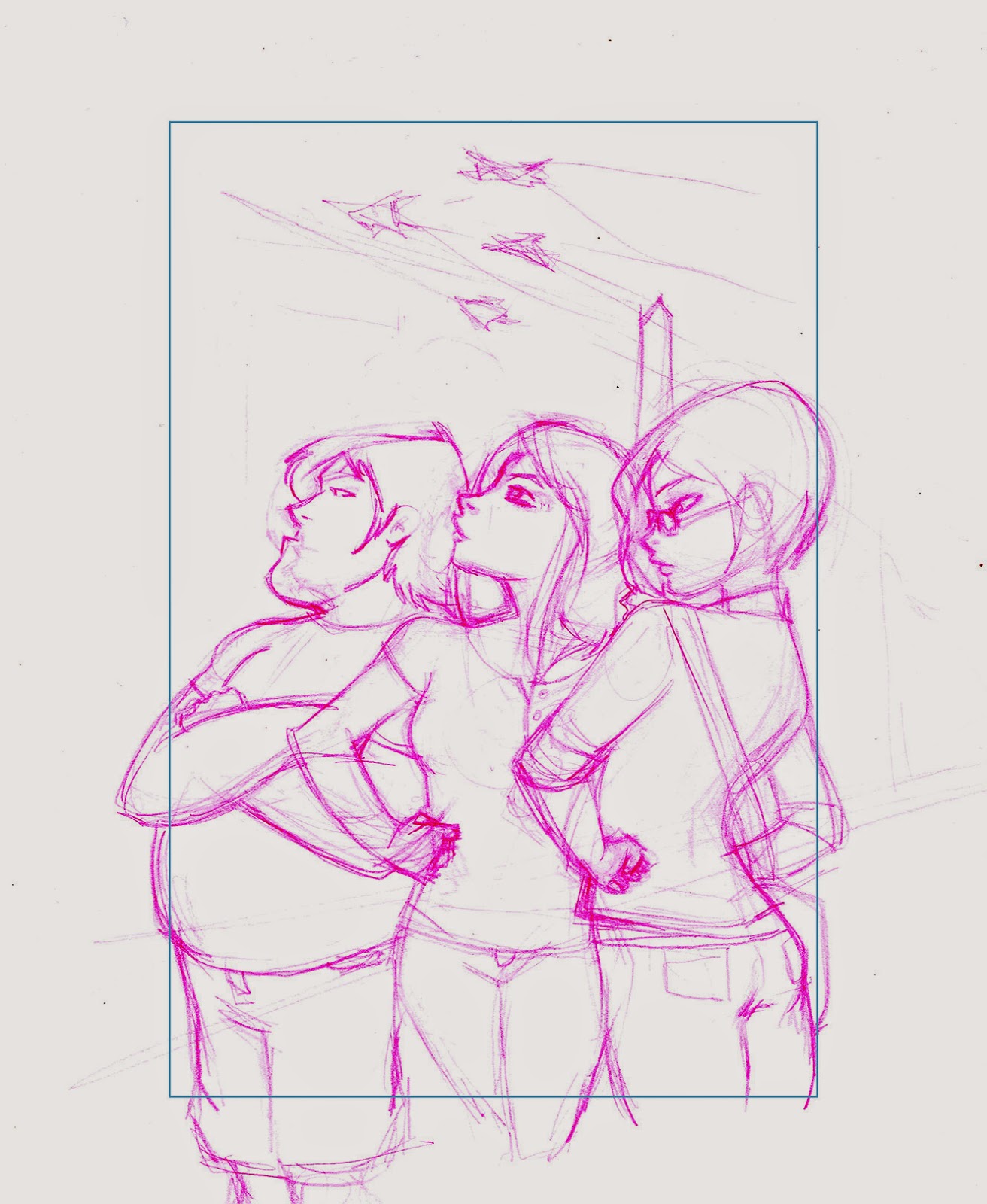 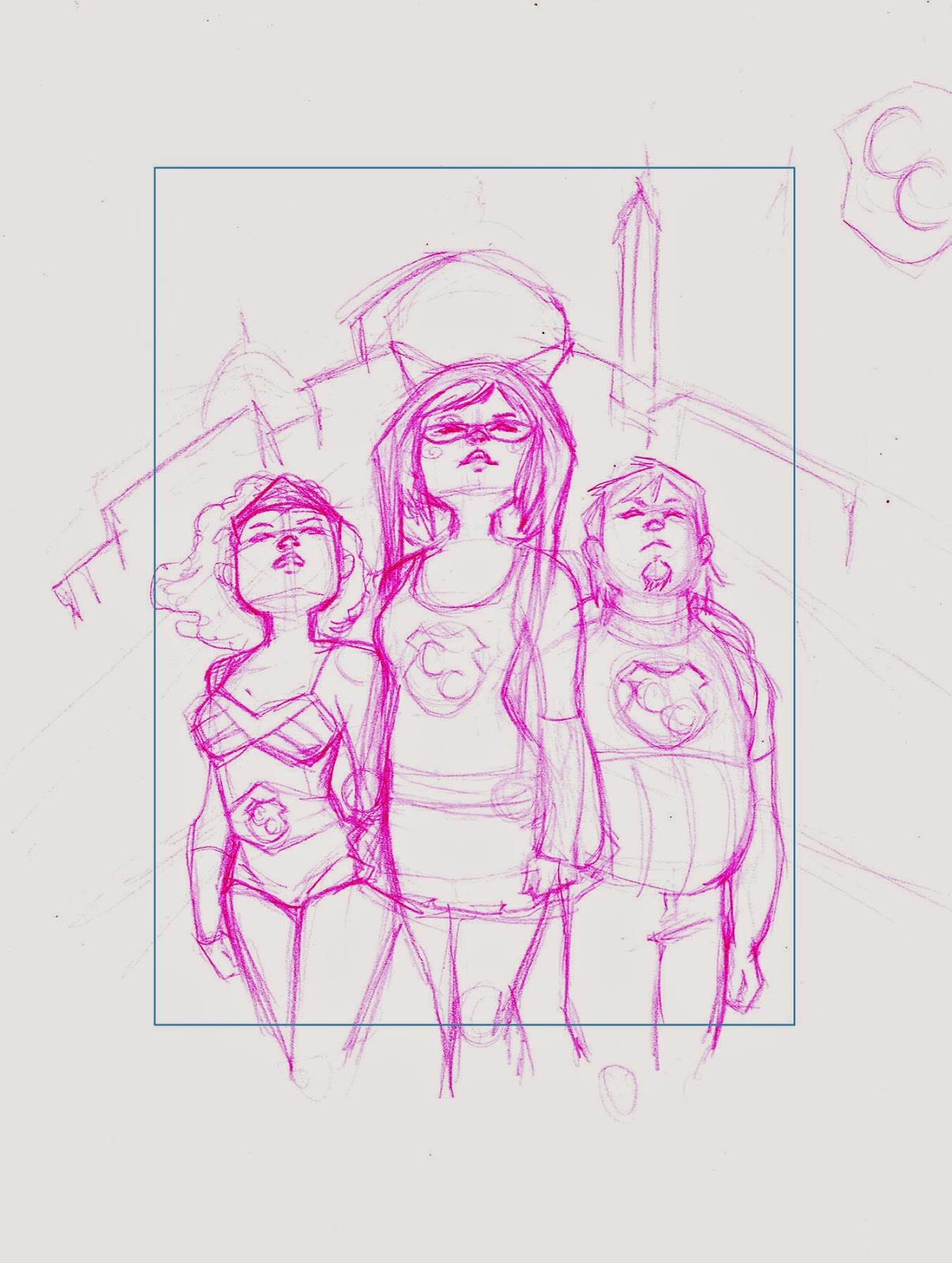 since Awesome Con is less than 2 weeks away, i figured this is as good a time as any to share this with ya! this is the badge design i did for this year's con for the CONCERNED CITIZENS tier. if u didn't know already, Awesome Con ran a kickstarter last year after its inaugural show to make the convention bigger this year. different tiers of kickstarter backers gets certain perks on top of just tickets to the show.
this is the first time i've designed a badge for the show and i was super happy to do it! i took my inspiration from Alex Ross's Justice League images. to me, his Justice League posters are the most iconic imagery of superheroes at their most heroic. tried to convey the whole "concerned citizens" thing so i decided to go with either civilian clothes or classic cosplayers. of course, i had to make sure the cosplayers were recognizable enough but not breaking any licensed characters rules. had to throw in some iconic DC buildings in the back cuz this is the only con in Washington, DC.
i'm really looking forward to this show for many reasons, main one is that last year was such a great show! i think everyone in this area has been hungry for a big comic con and Baltimore may be a little far for some. i can't wait to see folks with their Peng badges. =) the rest of my IDSTUDIOS crew also designed other badges so we couldn't be more boosted for this show if we tried. 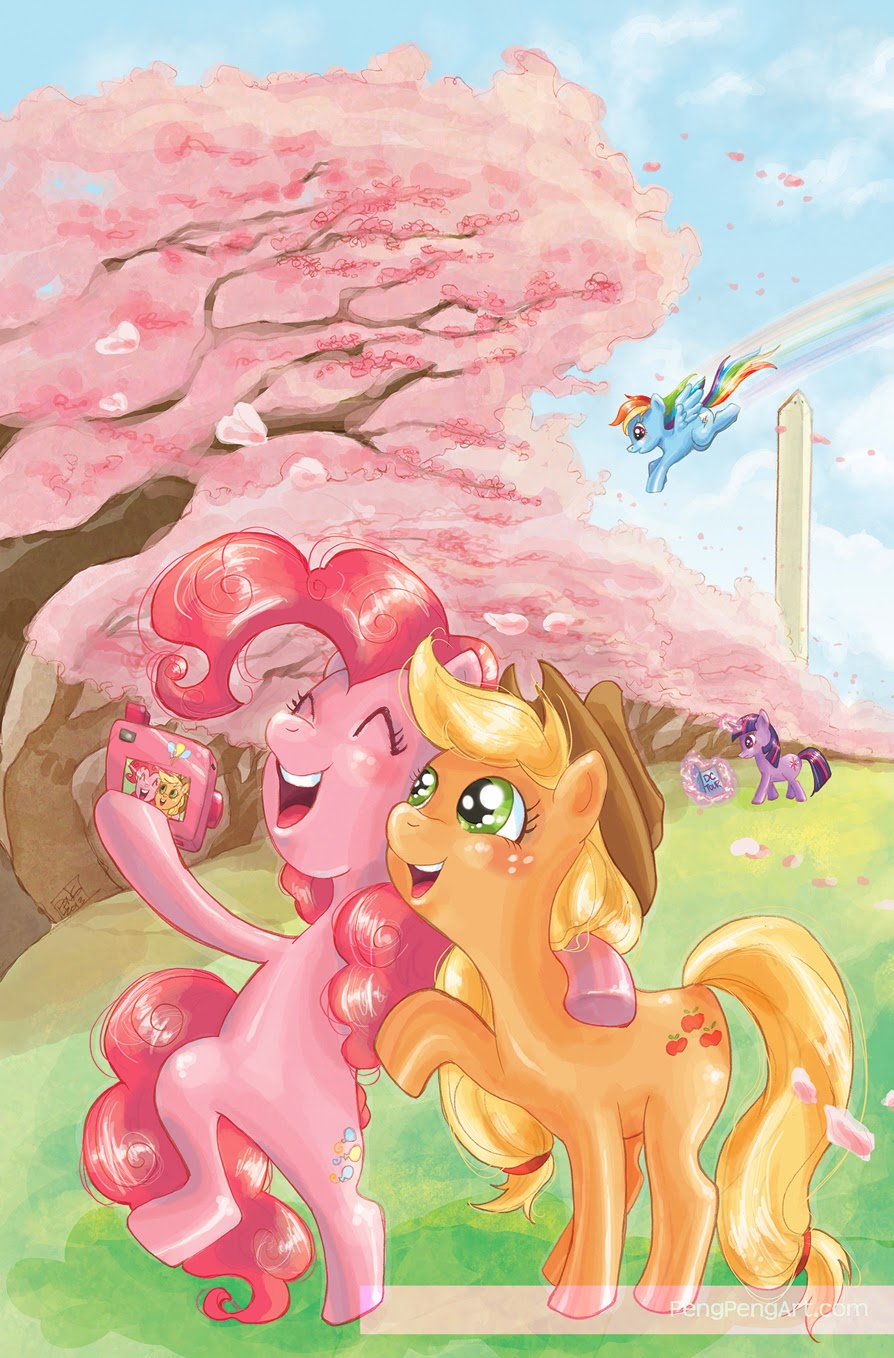 on top of this, i'll also have my Awesome Con Exclusive Cover for My Little Pony:Friends Forever Issue #1! lots of fun times are up ahead!
No comments:

[listening to "i don't know" by soul for real] 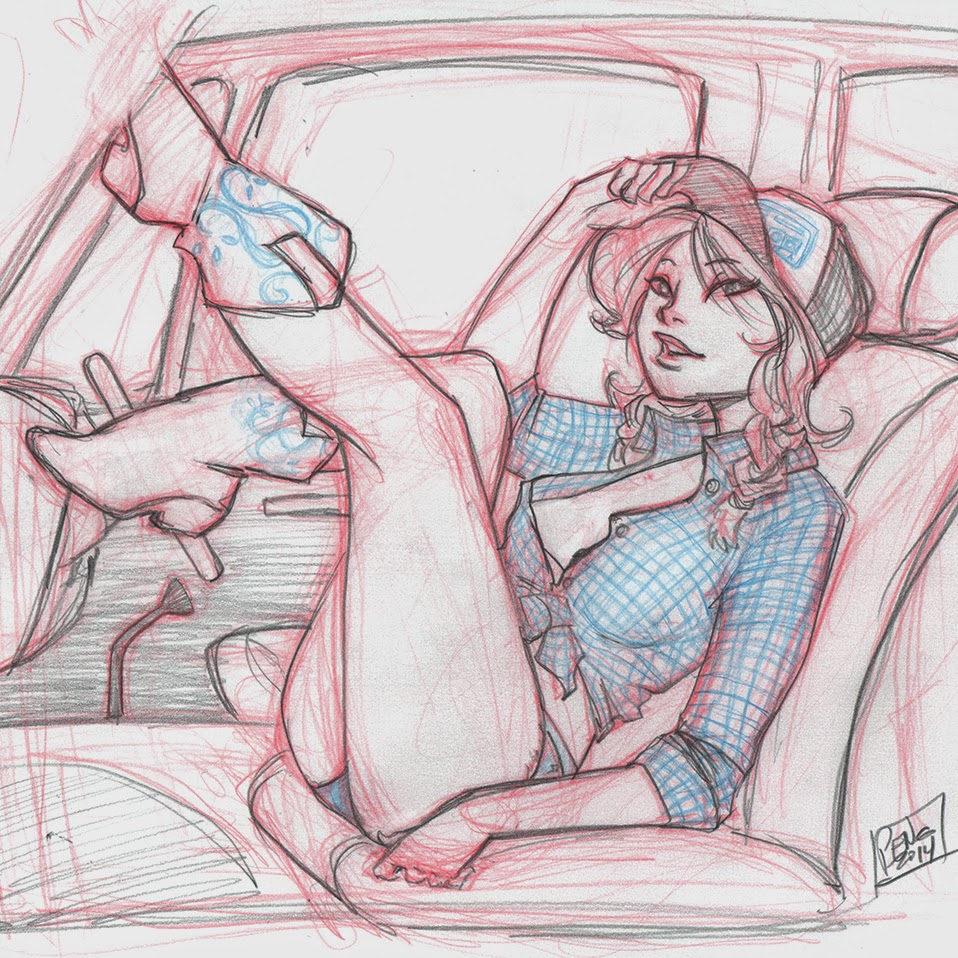 just a little friday doodle for ya! this is what i drew for the Girls Drawin Girls weekly theme of "boots." i'm a week late. but i did it! so A for effort, i say! =P

just pencils again this time. i find myself with less and less time to finish fun side projects lately. one day i may finish this up with some digital colors. but we'll see. depends if people like it.

anyways, happy weekend! and if ur board, check out my new Etsy shop! just click the tab at the top!

[listening to "this is how we do" by katy perry] 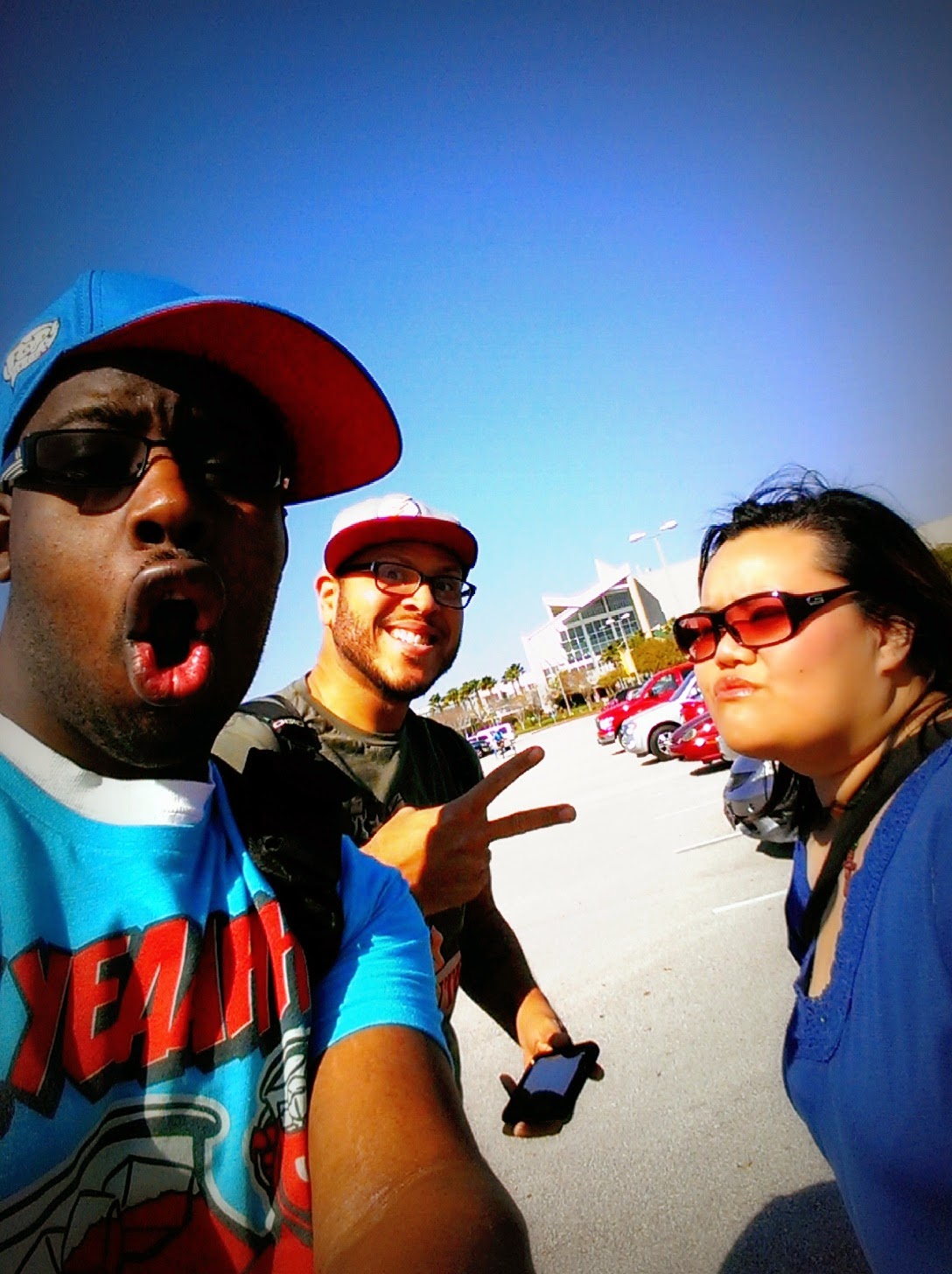 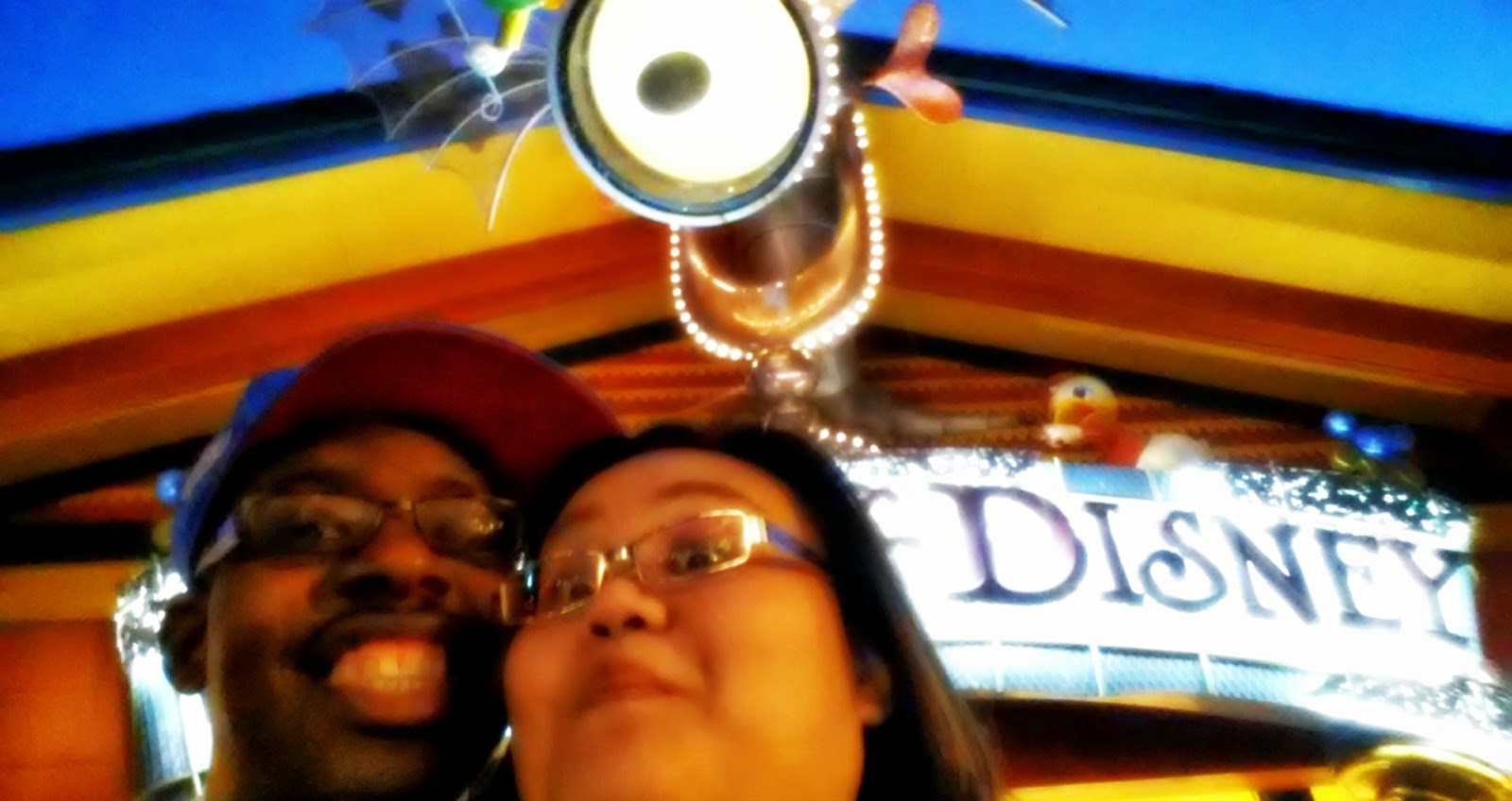 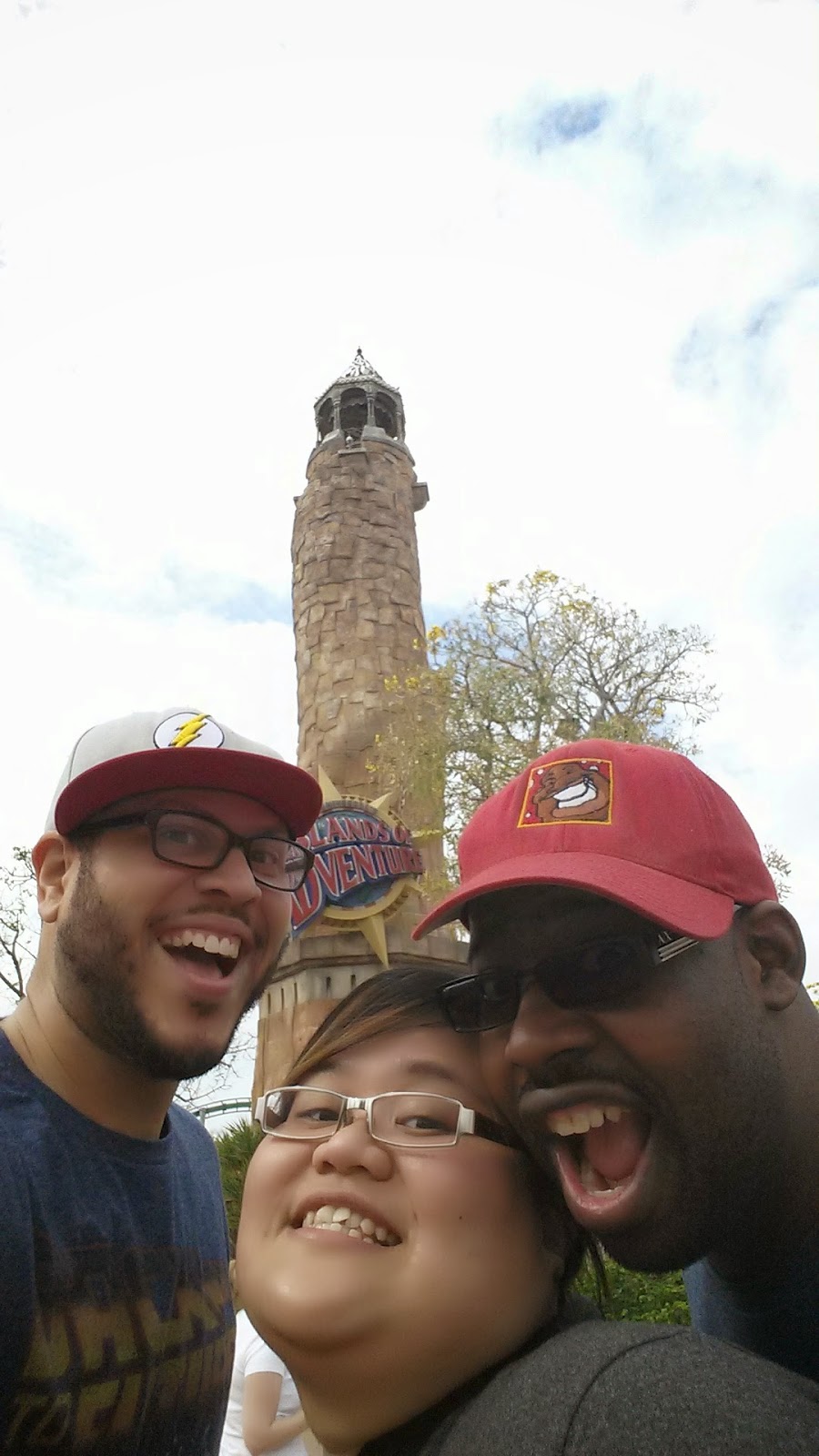 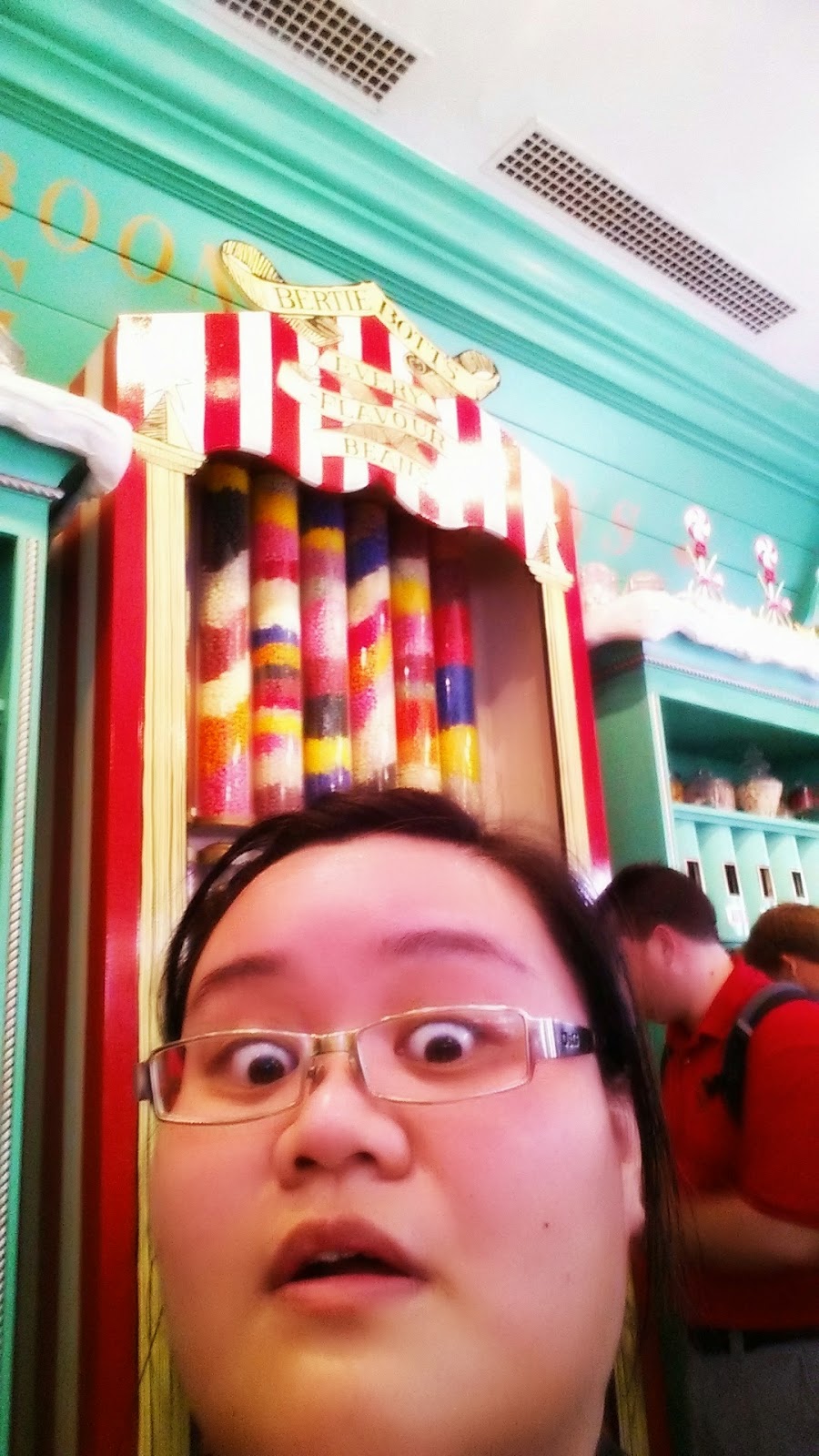 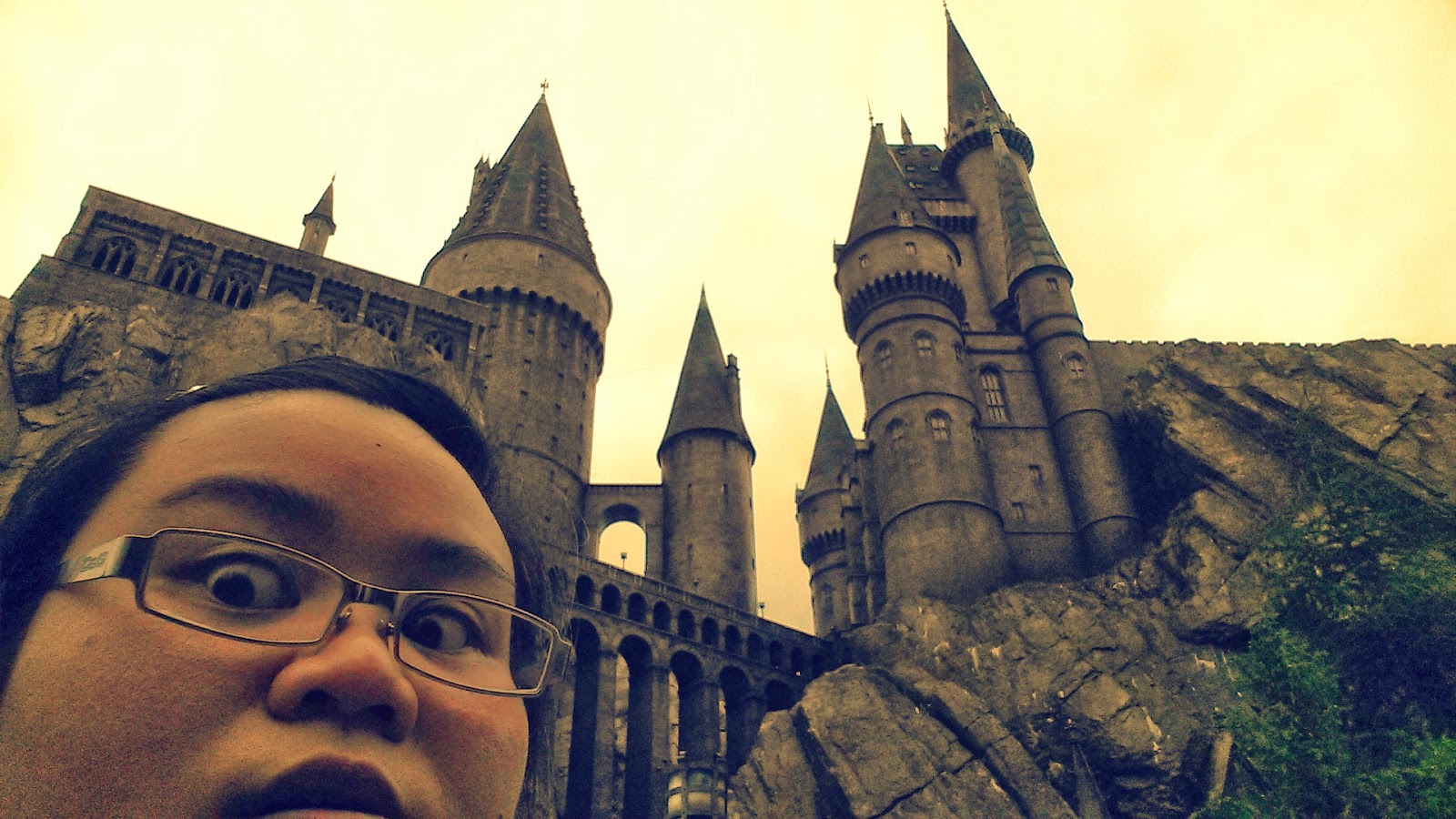 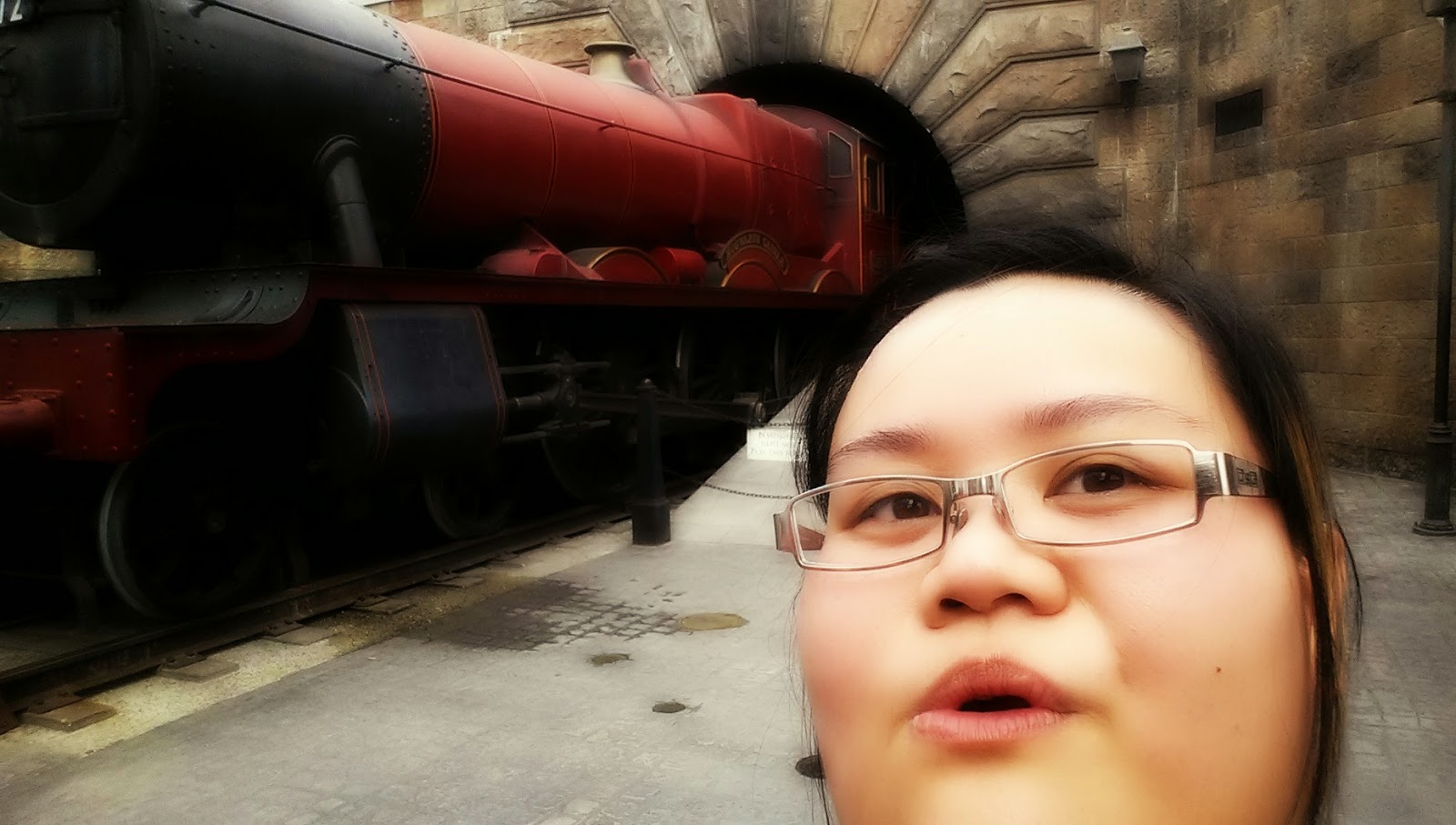 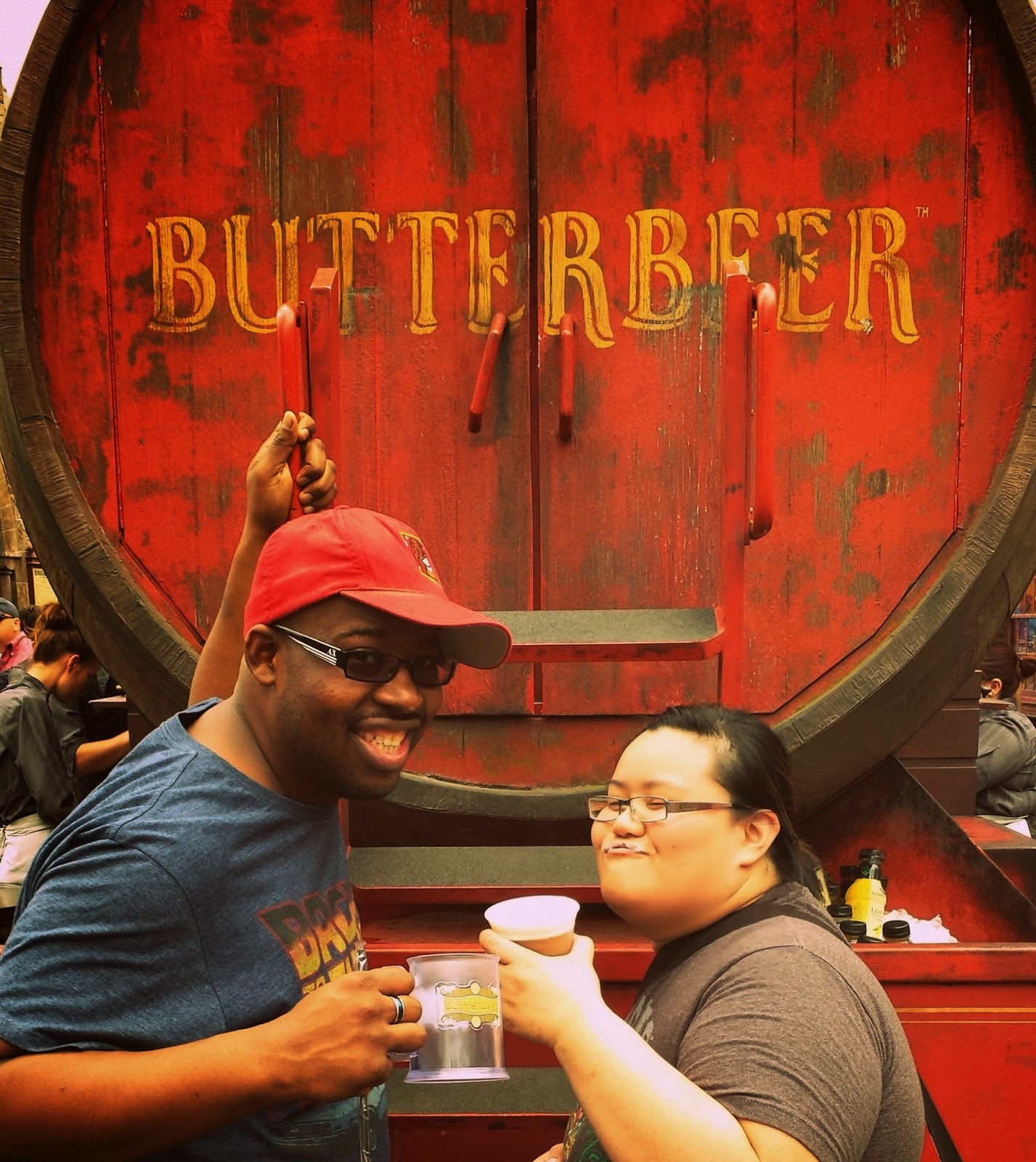 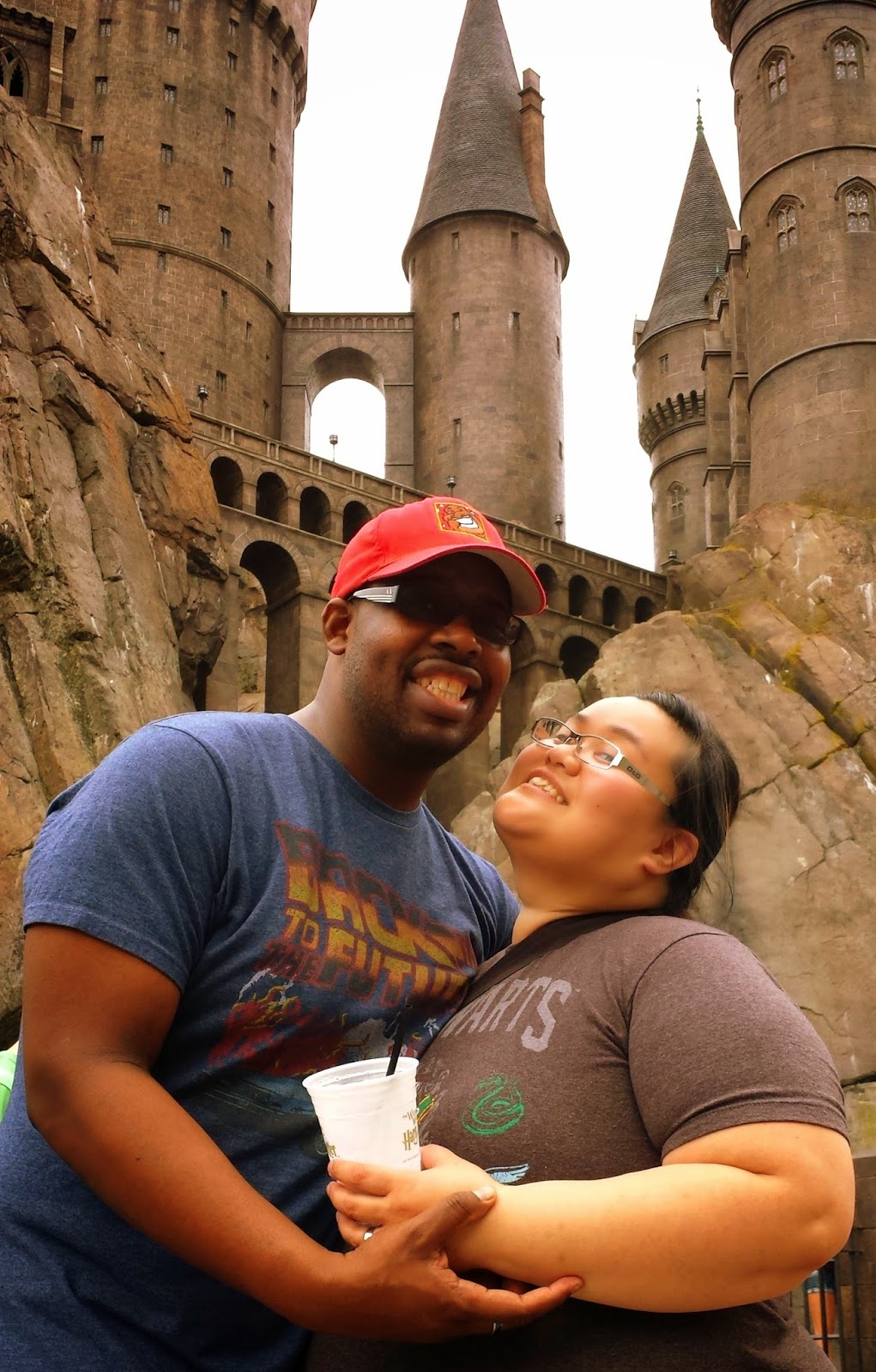 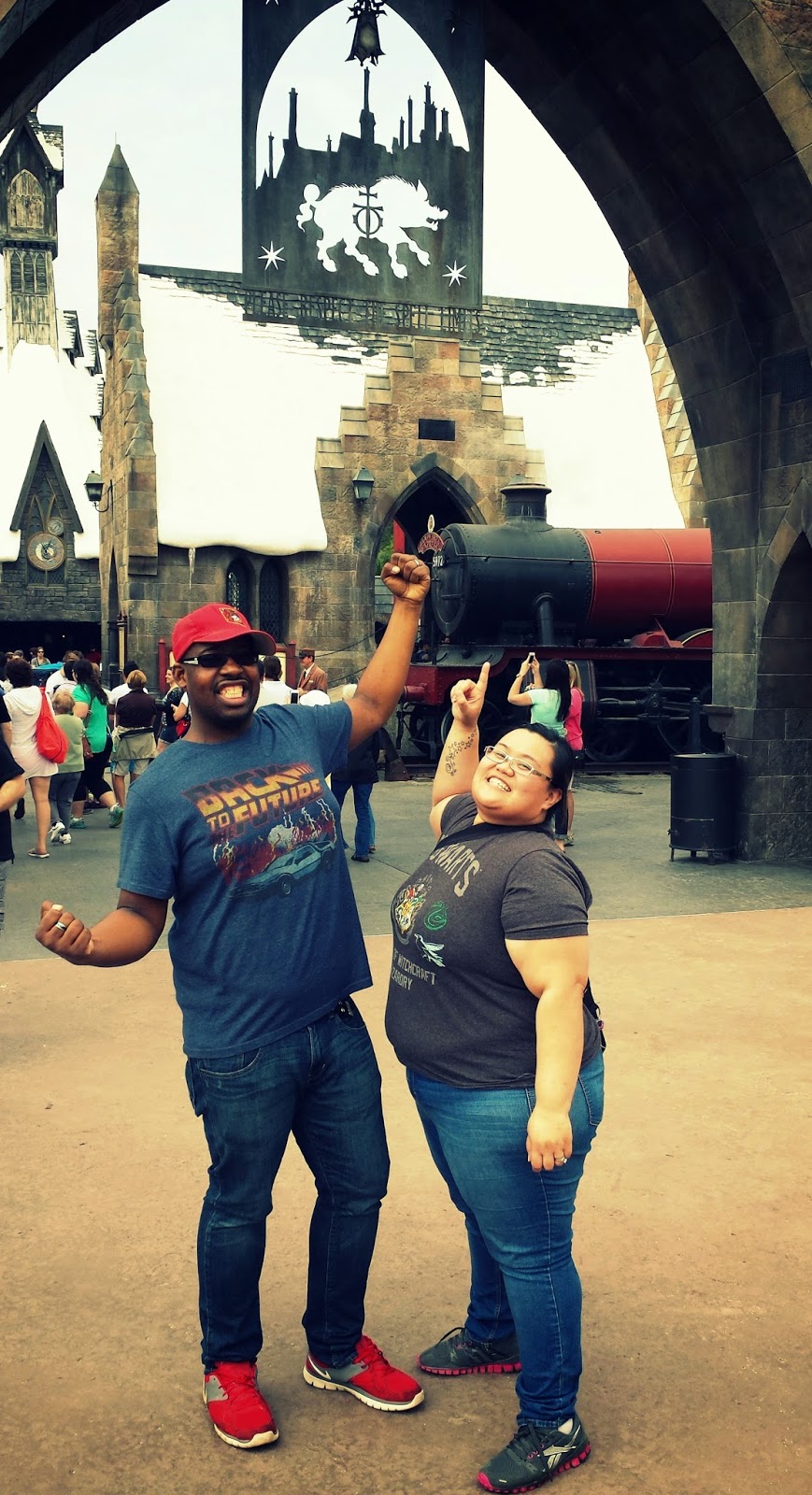 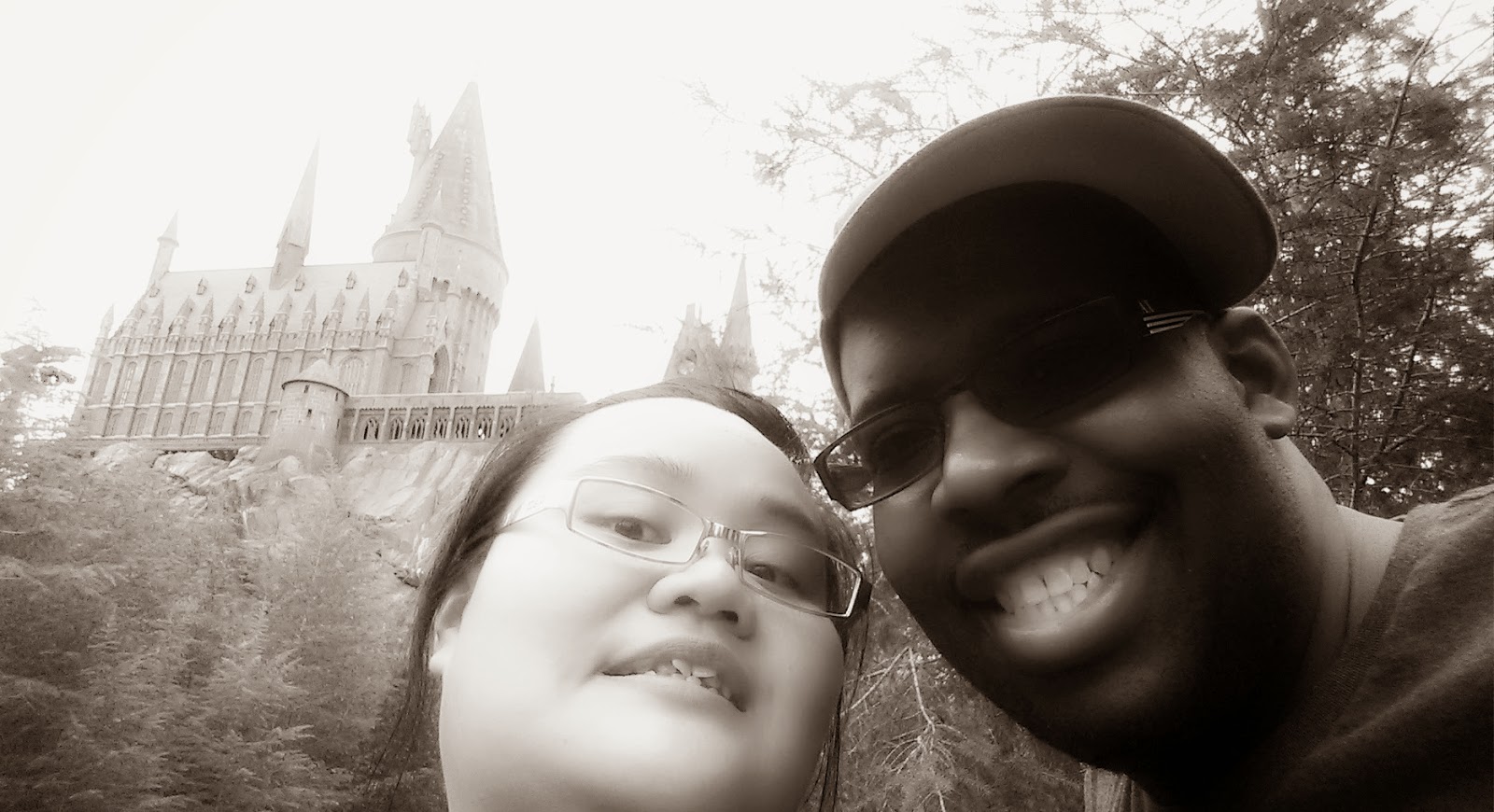 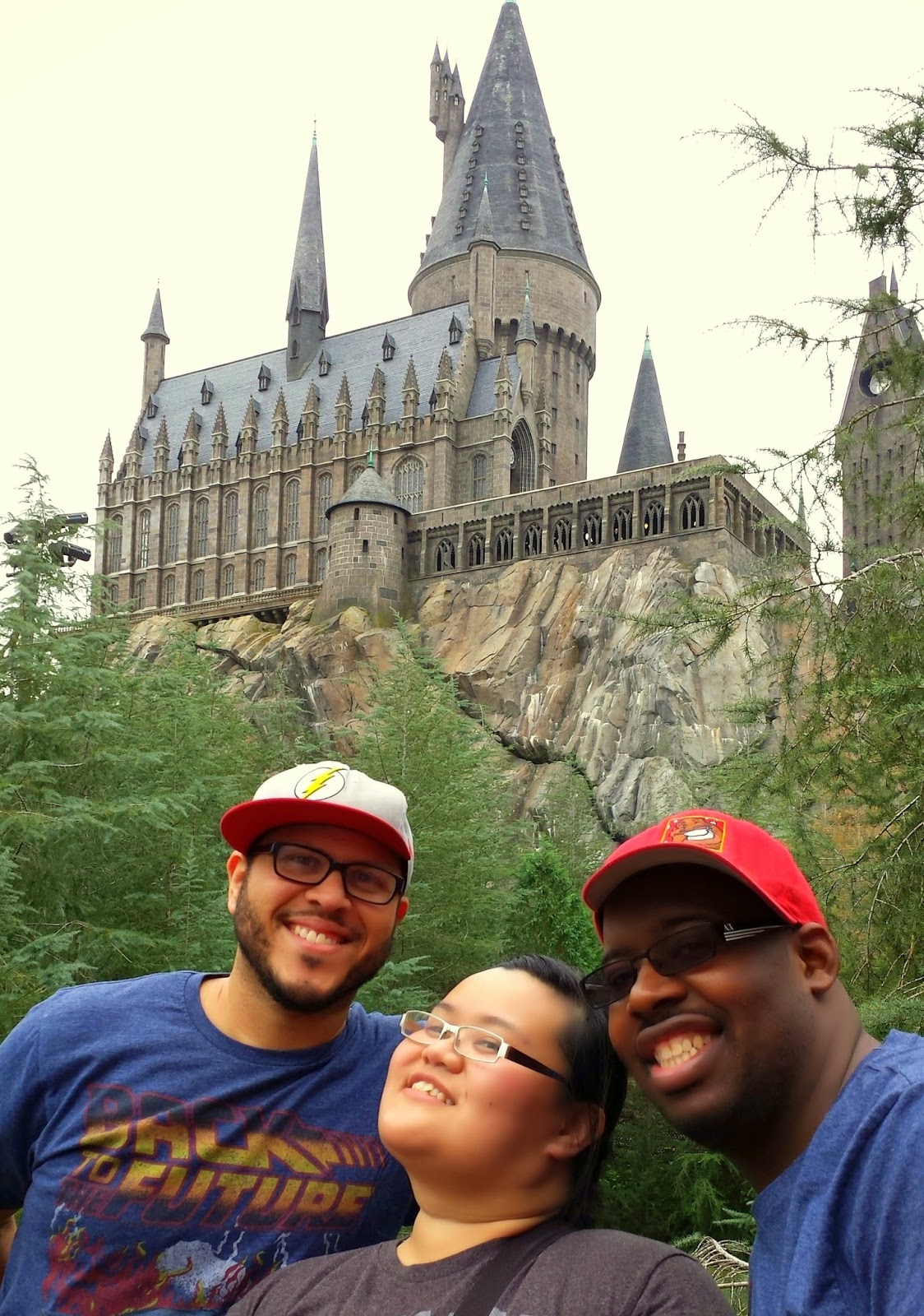 just thought i'd share some pics from Megacon weekend. if u couldn't tell, we had a friggin BLAST! we did some Downtown Disney after the con. then on the day we flew out, we decided to do Universal Islands of Adventure and i finally made my pilgrimage to Harry Potter World! it was a little small for my personal taste. they just need to shut down the whole "Secret World" section or even the entire other side of the park and just make it all Harry Potter! that's where most people were anyways.
we have more pics from Megacon on our studio's facebook page - www.facebook.com/IdentityComicsStudio. while ur there, give us a LIKE and follow us won't ya! we definitely update our personal twitter/instagram stuff more frequently, but the facebook page is where we announce studio activity like projects we're working on or interviews we've done. YAYS!
No comments: