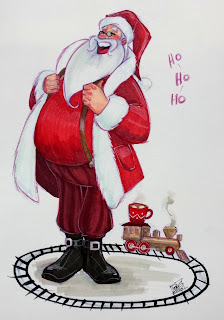 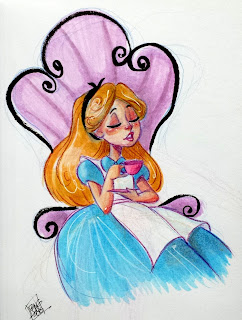 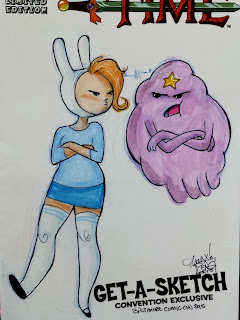 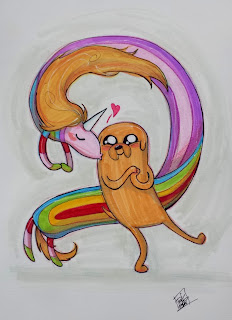 so either i'm getting old or new york comic con was just more hype than ever before this year. today i finally feel like i've recovered from that awesomeness that was NYCC. i've caught up to a bunch of stuff that was looming over and i'm ready to take on new tasks, despite this cold that i just got yesterday. no worries, it's not the con flu so i'll get over it soon.

i've finally gotten all the pics from both Baltimore Con and NYCC off my phone and working to post them online. so without further delay, i'm sharing a few of my favorite commissions from this past Baltimore Con. these were all done with a combination of colored pencils, copic markers & pens, and sometimes a brush pen.

this was the first time i've ever had my very own table at a con and i was really nervous to see if i do well without my studiomates. add that to the fact that, because we decided to attend the show so late, my table was far from the hubby - i was a nervous wreck. BUT i was so pleasantly surprised at how well people responded to my work. there's no greater feeling than to hear people appreciate your work for what it is. i wish i could show everyone just how much i appreciate the support, but it's difficult to describe. just know that i really really really appreciate it guys. i will not disappoint you, i'll try to keep things interesting. =D