my art diary - the beginning 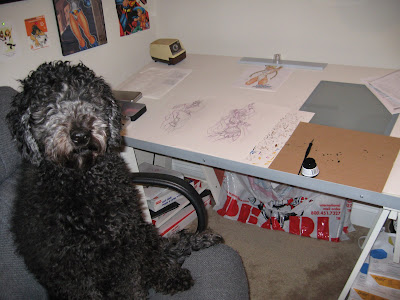 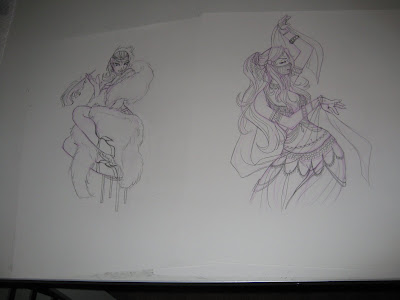 so, here i am starting a blog. (and sheesh, i need a haircut BADLY.) i've been told that having a blog is a good idea, though i don't really know why. then again, i've also been told to read books but i don't do that either. hmm... well, i've been inspired by a friend of mine whose name i won't share since she prefers a great deal of anonymity. (she fancies herself a ninja but shshsh...she'll kill me and steal my basket of fish if she found out i told you.) she said she was going to post a picture everyday as a sort of diary. i thought it was a rather good idea. i don't keep a diary for myself but i've always wanted to. but, like reading, i just don't like writing. but i can type tho!
hence, this blog was born. actually i think it was born about a couple of months ago but i am only now finding the fortitude to put something on it. at first i thought "who the heck's gonna read this crap?" then i realized its not for others but for my future self. so that my future self can look back and see what i've done each day.
so here's to the official start of my blog! For Me, By Me. i'll post a picture each day of what is on my art table as a way to track my progress and keep me working each day. (plus i get to use my new camera more often than just special occassions.) if i start to see that there's a piece of artwork that looks the same for three days straight, well gosh darned there's gonna be consequences and repercussions. woohoo!