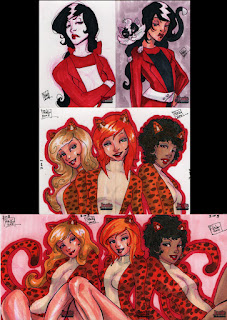 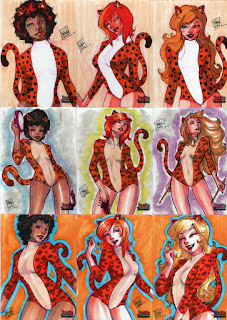 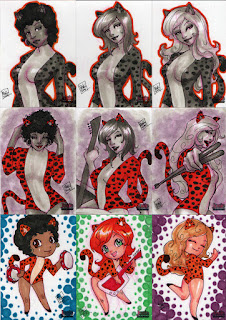 these are all the cards i did a month or so ago for 5Finity Production's Female Persuasion 2 card set featuring Josie and the Pussycats. i'm glad i was able to do this set because the last time i drew josie and the pussycats, i was not so good at sketchcards. plus the card itself at the time was super glossy so everything i used to draw on it just fought me back every step of the way! so these, i'm much more pleased with. =) 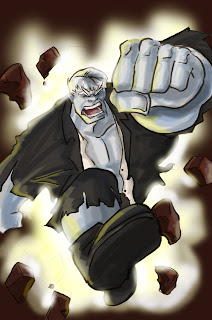 this was PendantAudio.com's Supergirl Radio Show cover #58 for february. at the end of the story, grundy busts through the wall and it was jokingly described as being similar to the Kool Aid guy. so i decided to continue the joke. =P cuz why not!
unfortunately my hubby theFranchize had to step down from doing their Superman covers cuz he's got all types of projects he's working on, the biggest being Fanboys vs. Zombies for BOOM! Studios. however, our fellow studiomate Flash will be stepping up to the plate and taking over the Superman covers instead of the Catwoman ones. so awesomeness ensues! =)