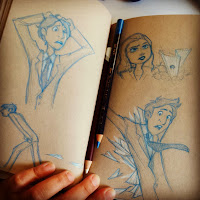 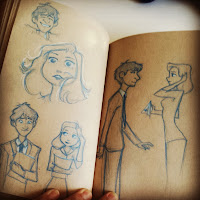 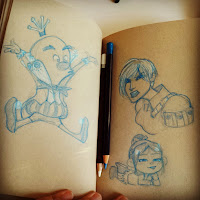 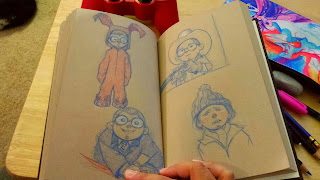 i just packed up and sent some packages today for the heroes that donated to our #sketchesforhaiyan project. hooray! getting those out gives me a sense of accomplishment mostly because it gets me out of the house. plus it was a lot of cutting up boxes and taping. =P

it's really heartwarming to see people just open their hearts and their wallets to help others that are many different time zones away. i know it's not easy to part with ur hard-earned dollars so i completely understand how much of a sacrifice that is. and if ur one of those that were thinking about it but really can't spare any money, it doesn't make u a bad person at all. u have to take care of u first, because if u don't, noone will.

thought i'd share some sketches out of my sketchbook. i've been doing what i can to teach myself how to draw better and my sketchbook is like my little diary. i put the good and the bad in there so i can learn from my mistakes. and the few times that i do something good, i like to share it!

like i mentioned last week, we've extended our #sketchesforhaiyan fundraising to end on Dec. 9th (instead of dec. 2nd). since last week was pretty much Thanksgiving week, i'm sure people were very busy making holiday plans with family and friends. since extending it, we've got even more people donating so that's pretty great! if u were still thinking about it, there's plenty of time. u can have me draw a sketch for u OR u can get either of my 2 studiomates - theFranchize or Flash - to draw for u. (for info on the project, go to http://www.pengpengart.com/2013/11/sketches-for-haiyan.html)