[listening to "unstoppable" by sia] 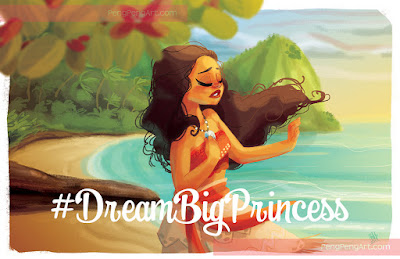 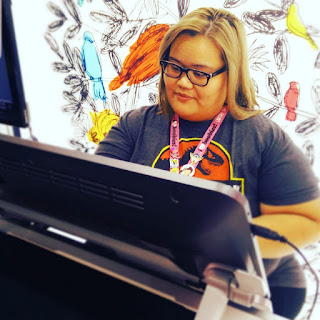 funny that the song i'm listening to right now is very fitting for the topic of this post.

From Aug. 15th - Oct. 11th, Girl Up Campaign (United Nations Foundation) and Disney has teamed up to do a #dreambigprincess campaign. Post your own photo or like a public image with #dreambigprincess on social media and Disney Worldwide Services will donate $1 for each, up to $1M. (go to @girlupcampaign on Instagram to find out more.)

ever since i started drawing stuff that i liked versus stuff that i think others would like, i've found it to be so much more rewarding - both professionally and personally. there's always going to be people out there who tell you that it's just a dream, it's not a reality. but that's just them projecting their fears onto you. and there's always someone who says it that's close to you and it kicks you right in the gut. but that's ok because that's the fire in ur belly that u need to succeed. a few someones told me this art stuff is not realistic, even within my family. but i've worked in comics, i just moved from Maryland to LOS ANGELES, and i'm working in animation as a designer now. that picture above is me at the Wacom booth (u know, the people that make your tablets and cintiqs) in the biggest comic convention in the United States doing a demonstration, for pete's sake! i'm not trying to brag, please don't take that the wrong way. all i'm saying is that it CAN be done, u just gotta work at that dream. i have so much further to go, but the dream is pretty big and i'm working away at it one day at a time.

to me, the phrase "Dream Big, Princess" is only half the truth. the other half is said best by the first diva i'd ever seen - RuPaul - "You betta work!"