(an-uh-MAL-kyool) - a minute or microscopic animal, nearly or quite invisible to the naked eye 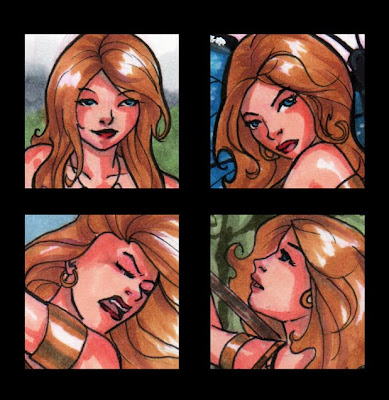 just finished up my four Artist Proof cards for a client and i'm really rather diggin them. but i'm posting a sneak peek of them for now until he gets them in the mail. don't wanna spoil the surprise tooooo much. =P 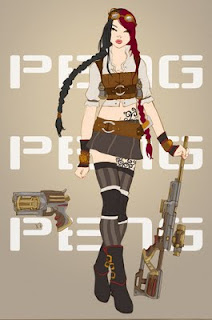 it just occurred to me that all i've been posting are sketch cards and PendantAudio.com Supergirl covers. then i realized that's all i've really been allowed to show lately. however, ID Studios is moving full-steam ahead with our flagship title "The Brotherhood" (which may be a slightly different title in the near future because there's tons of brotherhood-type names out there). so this new design is a steampunk-inspired design of my character Lali. i'm gonna have to redraw her normal outfit to update it a little. i'll post that as soon as i finish it.

in other news, it feels like the cosmos is tryin to work against me and things are generally not going the right way. for example, engine light came on the other day in the car. blower. t-mobile has, once again, cock-blocked us and rejected our rebate for the 2nd time for no good reason. blower still. and, the icing on the cake is that my computer wouldn't start! it was just stuck at the "Starting Windows" screen. BIGGEST BLOWER YET! so, these are among some of the other craptacular stuff that's goin on to or around me. i'm trying to remind myself that all things happen for a reason. so i'm hoping this is all a grand scheme to have something amazing happen to me in the near future. (cuz i'm a libra and i also believe in balance. and no i'm not a "new" libra according to the "new" astrological findings of another zodiac sign.)
on the positive side though - half-off fraps from 3-5p at Starbucks till friday!! can't be too upset about that. =P