[listening to "your body's callin" by r. kelly] 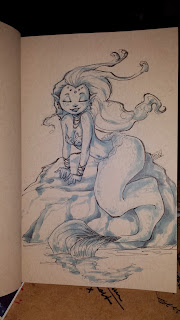 stressin out because of New York Comic Con this weekend. always happens, totally unavoidable. so i'm just going to take a break and post some pics. there's apparently something going on on the interwebs with the hashtag #inktober and i wanted to get in on it. from what i can tell, it just looks like u post drawings that are inked. so in between some commissions the other night, i decided to whip up a mermaid in my sketchbook and get in on art fun. used my copic drawing pen, some cool gray copics, and my B21 (baby blue) copic marker.
there was apparently something else going on about "24 hour comic" but we've been so busy lately that i was like uh yeah, ya'll can do that. i've been doin that too much as it is. i'm just sayin. 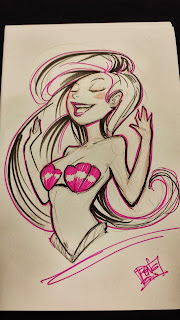 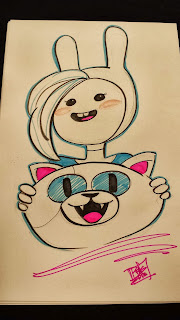 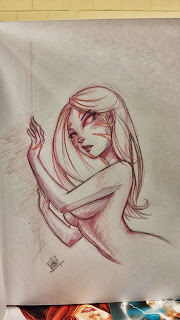 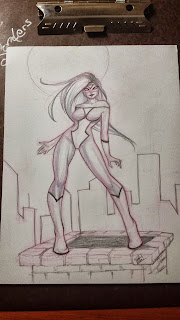 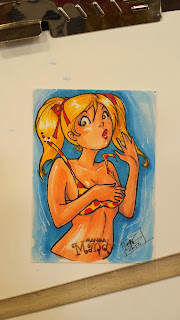 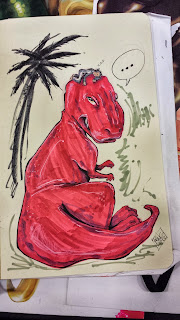 and here's some pics of stuff from Pittsburgh Con the other weekend. i actually participated in the Quickdraw panel where there were a bunch of artists that drew quick drawings for like an hour. it was cool. i dunno if it was for me though. mostly cuz i'm not good at being in a large panel and i don't draw fast. i did a total of 3 drawings in the hour but i feel like most of that time was spent trying to find a marker that worked. =/ had no idea i shoulda brought my own markers cuz i was told there would be some up there for us. thanks to everyone that came out and got stuff from our table! always a pleasure to draw for ya'll!