[listening to "tiptoe" by imagine dragons] 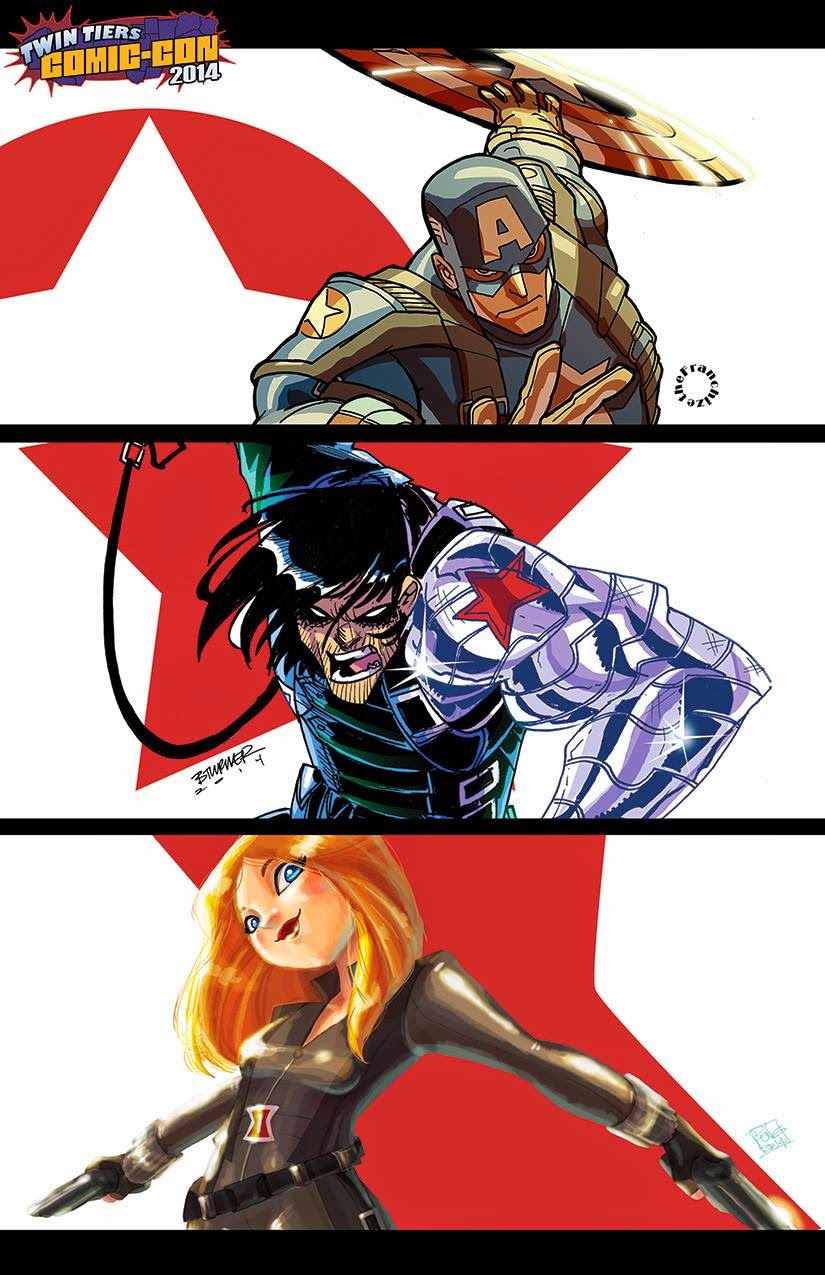 so this weekend we're headed all the way up Elmira, NY again for Twin Tiers Comic Con! it was called Hero Bot Con last year, but now they've expanded and added an extra day to their show. yay for wanted growth! =) the ID STUDIOS crew and i did an exclusive print for them, which was a tribute to the most recent Captain America flick. in hindsight, we probably should've done a Guardians of the Galaxy something cuz of the timing. but whatevs. theFranchize drew Captain America, Flash drew the Winter Soldier, and i of course drew Black Widow. you can get the full print if you were to go up there. but here's my Black Widow. 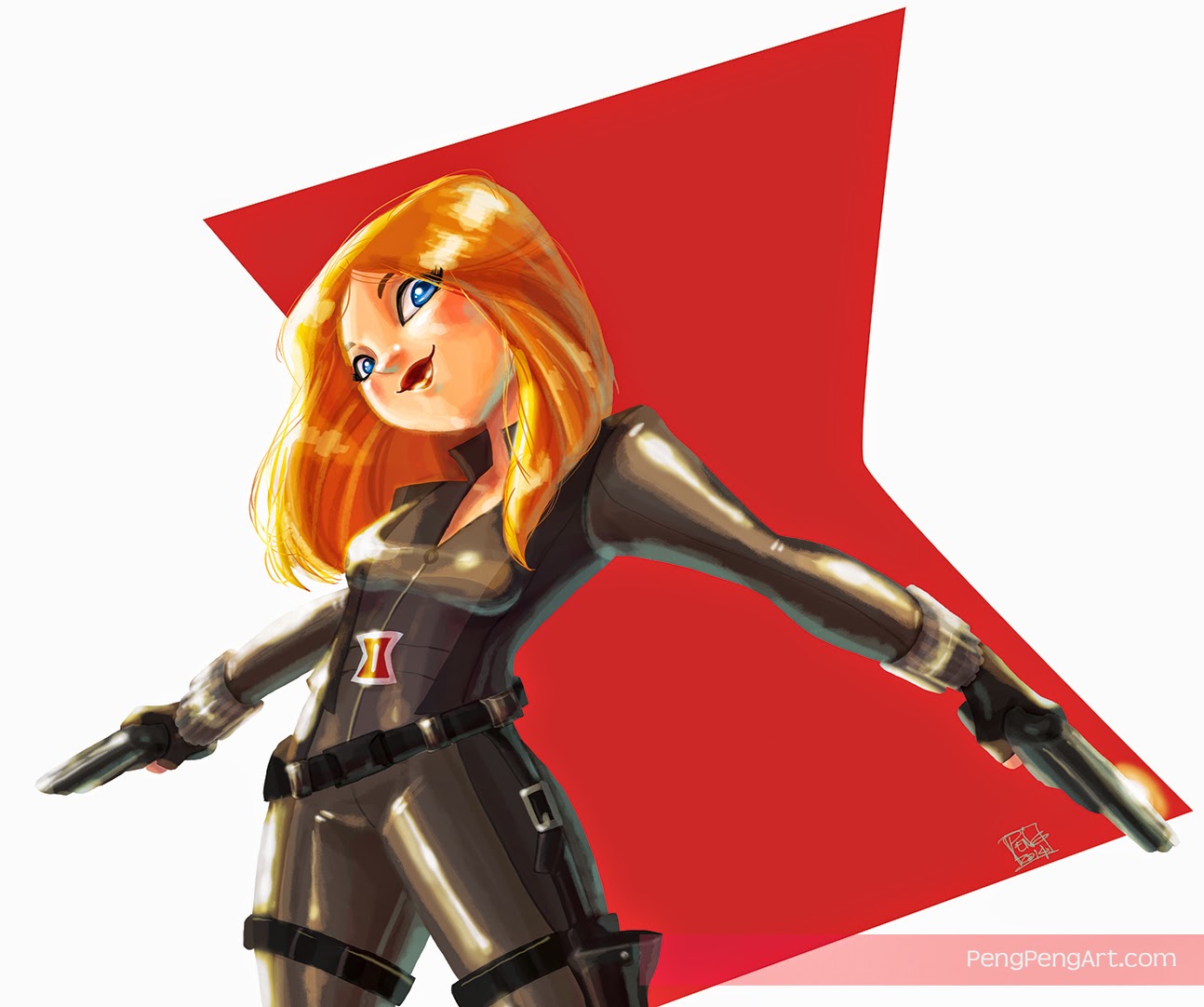 if you're in the area, come by and say hi! i'll be part of not just 1 panel, but TWO! for someone who hates public speaking, i sure have a hard time disappointing people when they ask if i want to be part of a panel. in theory i would love to be part of panels, but in practice i'm terrified and i feel like i come off as a boob. ugh! anyways, check out our panels below. be there! (please. i don't mean to be impolite.) 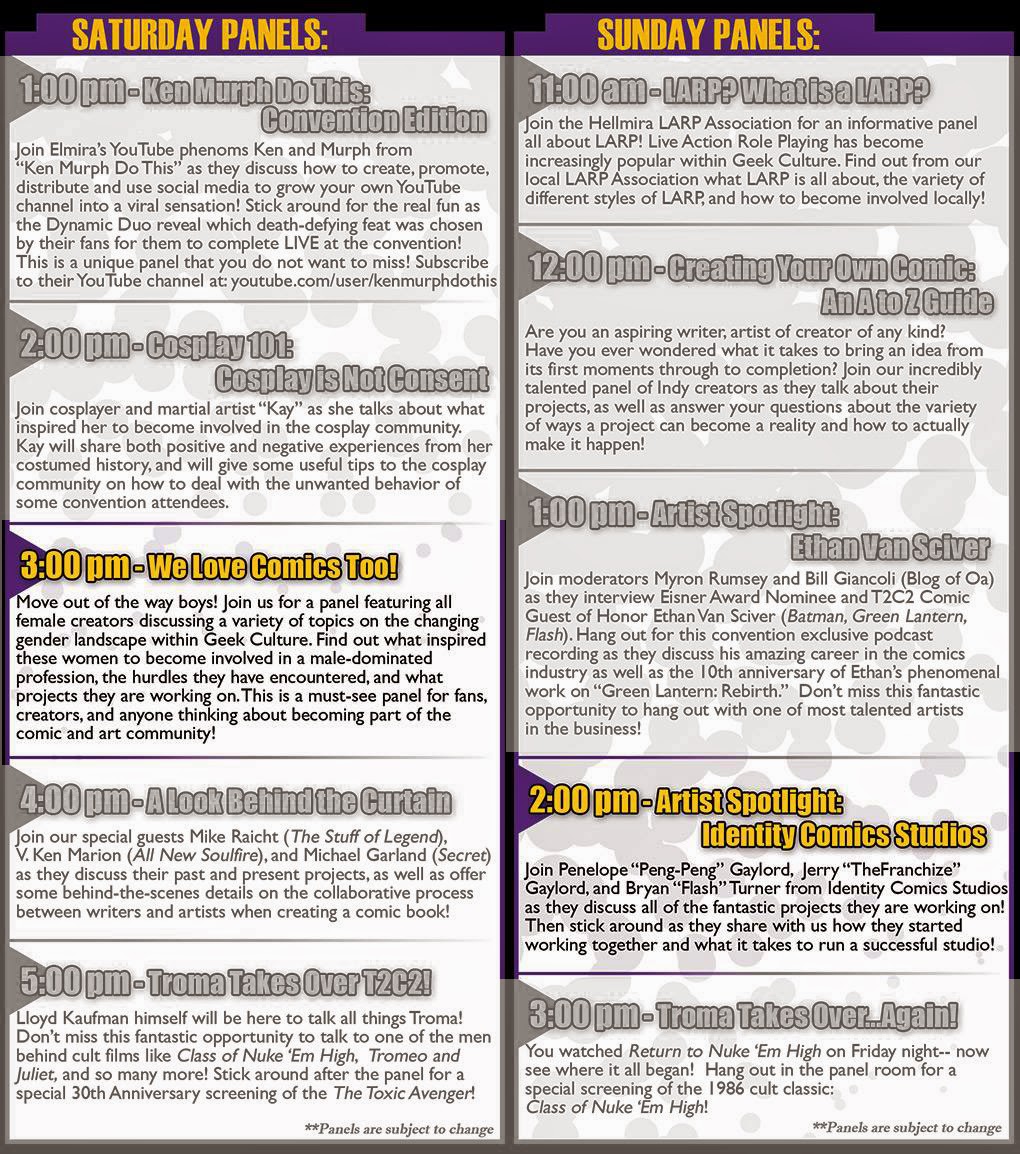