[listening to "eye of the needle" by sia] 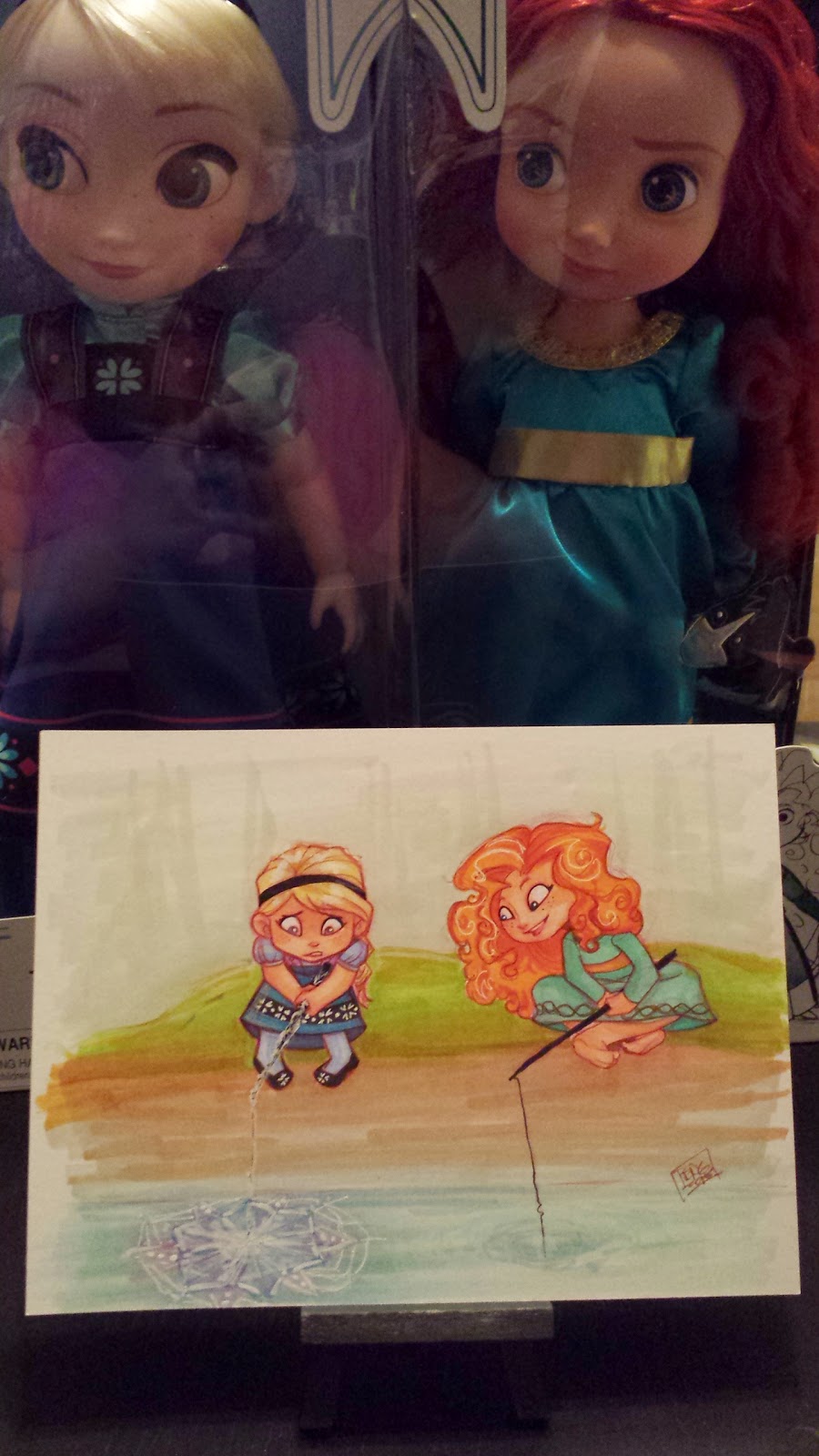 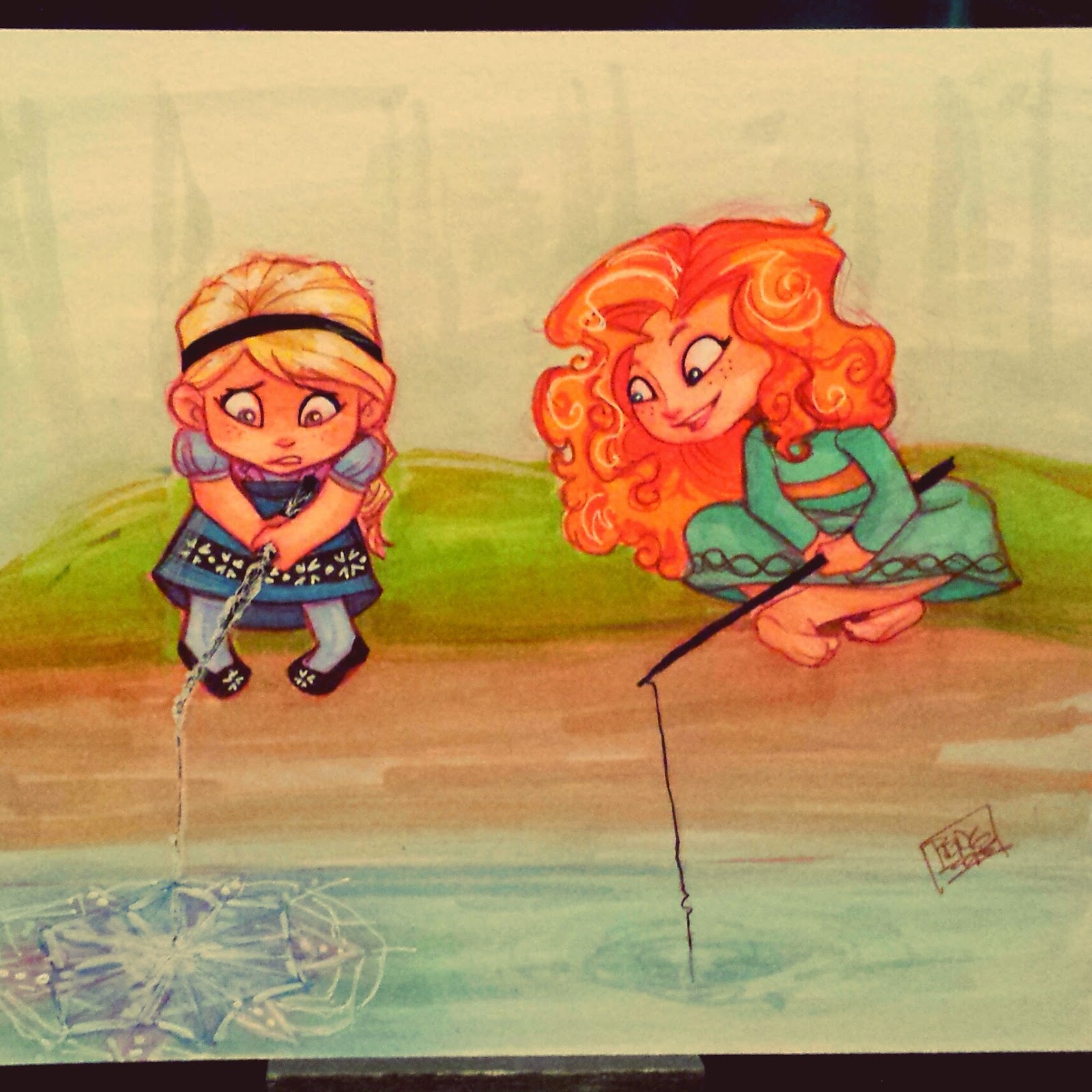 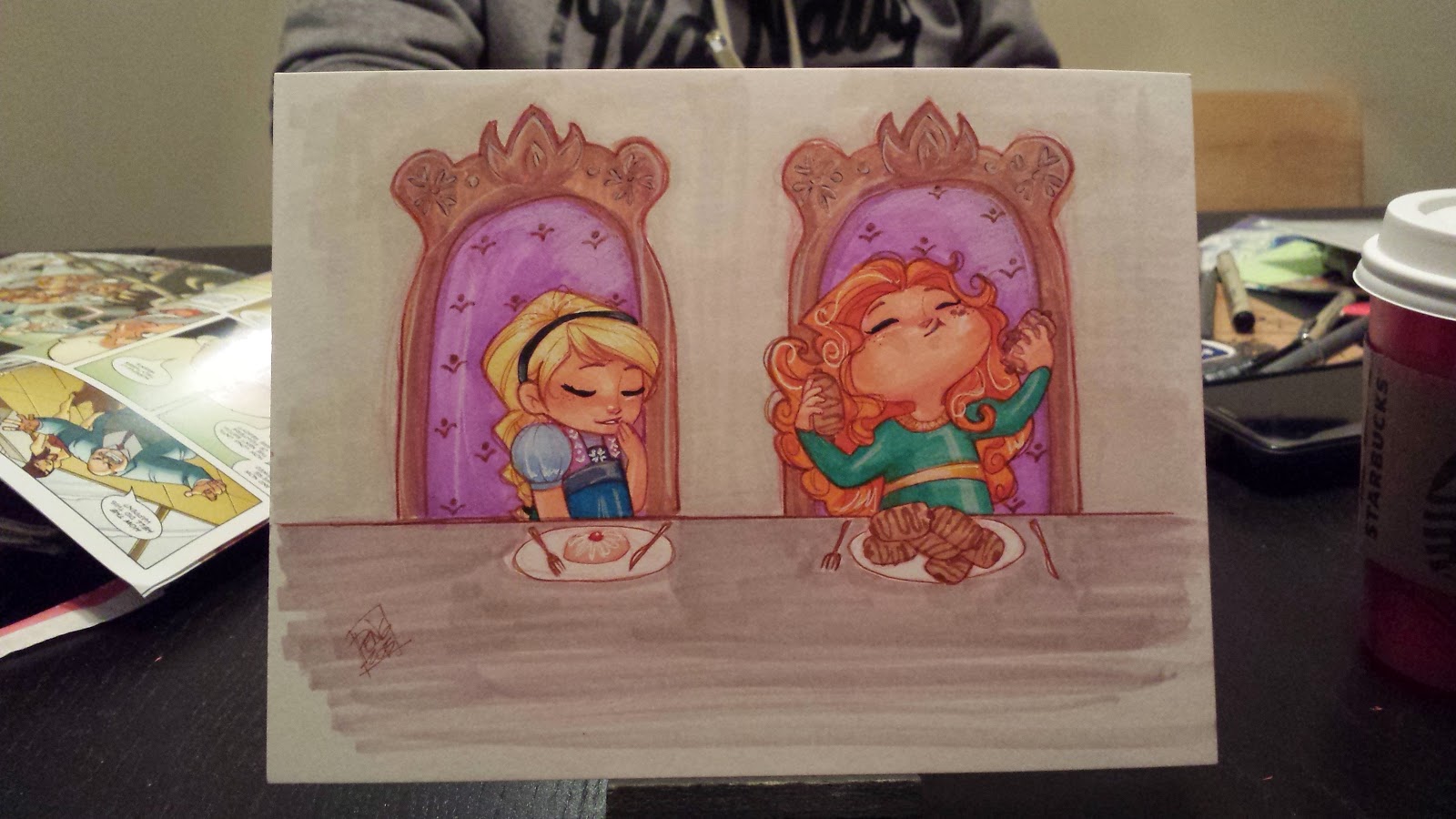 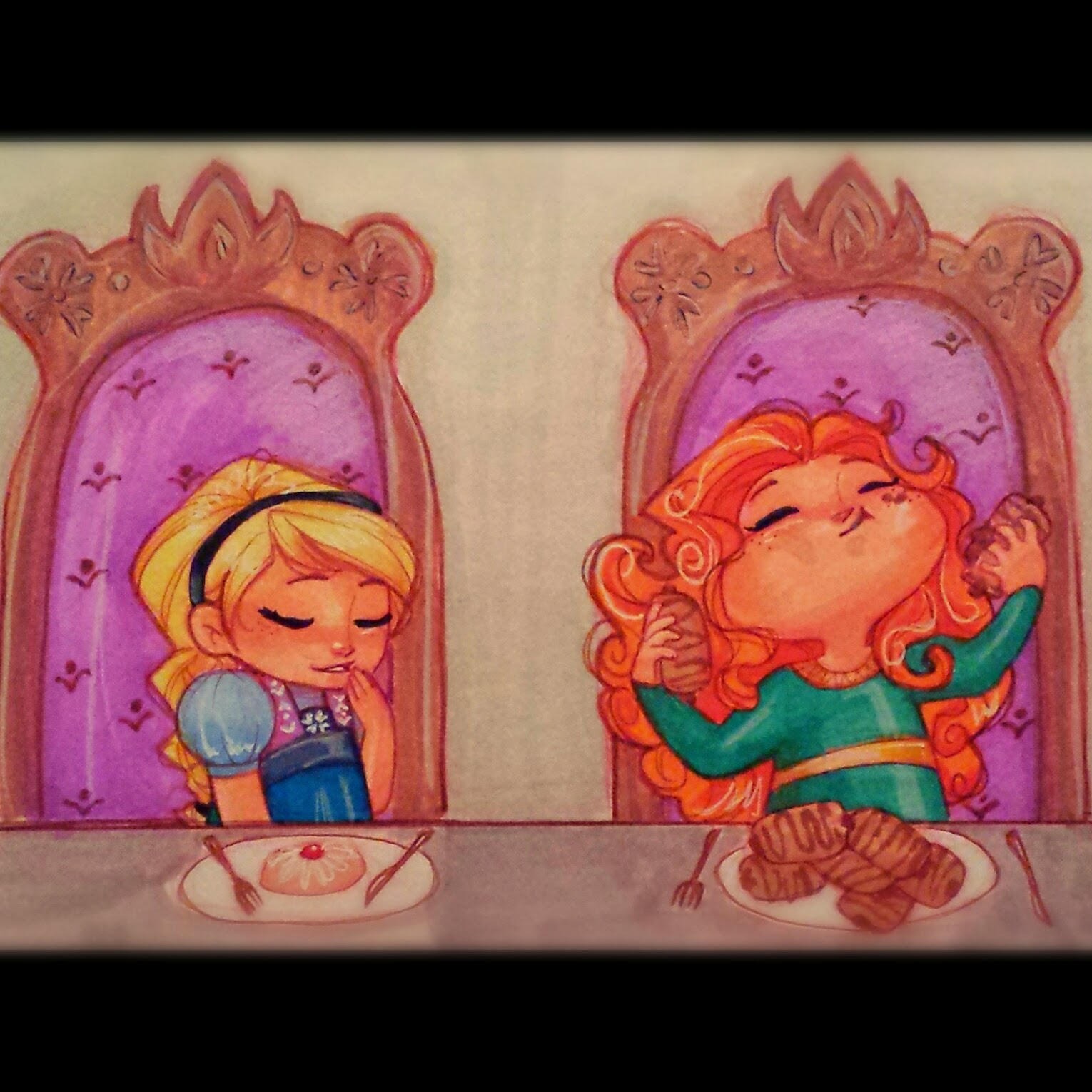 last november after going to CTN Expo, the hubs and i went to Disneyland for a day for our early anniversary present. while there, i got one of those super adorable Elsa Animators' Collection dolls. then for christmas, my sister got me the Merida doll and now i have it in my head that they became best buds one summer. at some point Merida's family sailed to Arendelle and stayed at the castle to work out some peace treaty between 2 kingdoms and all the while the two girls went on adventures. how flippin cute would that be!
so anyways, my personal mini project is to illustrate some of those adventures whenever i get a little free time. here are two that i've done so far.

both of these are done with copic markers and some colored pencils on a 6x8 sheet. i hope to do maybe like 5 of these, though i'm not really sure what i'm going to do with them. i just gotta get these ideas out of my head some way and since i'm not really a writer, i have no choice but to put them on paper.