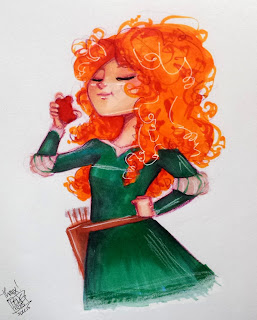 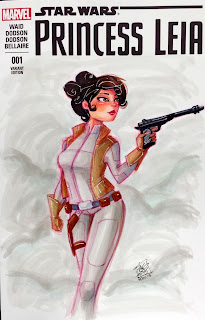 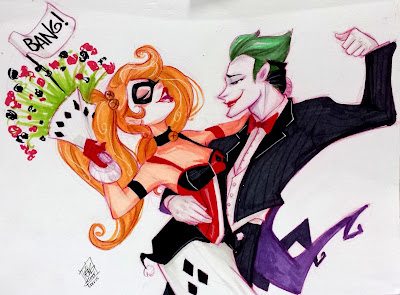 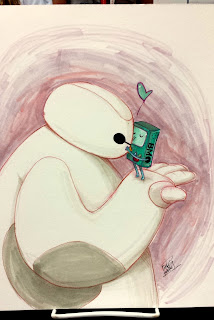 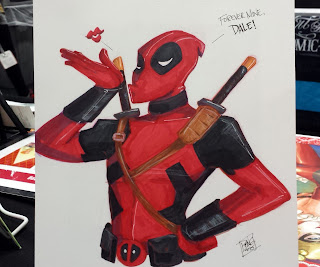 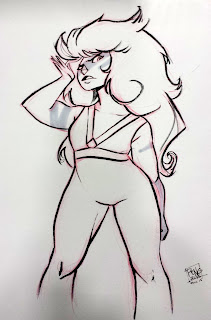 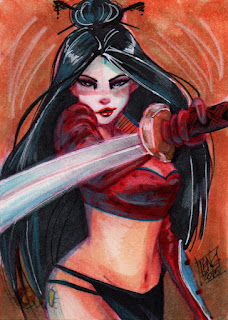 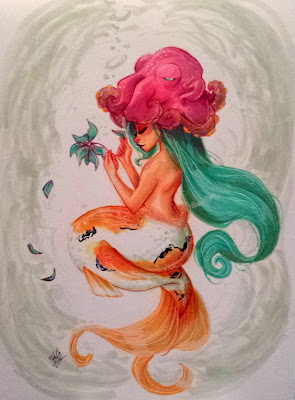 so i've finally fully recovered from the con flu that took hold of me after i came back from San Diego. con flu sucks, in case u never had it. i've been to SDCC a couple times before, never came home with the sickness. but being behind my own table is a whole other beast.

having said all that though, it was AMAZING!!! everyone that came by the table was just as nice as could be. met some very important people who were admiring my work. had my very 1st portfolio review with Disney Feature Animation and it didn't suck! and my studio team made even more connections. all in all, the future looks bright and i can't wait to be a part of it.

now that SDCC is 3 weeks behind me, i've finally gotten all my pictures off my phone and onto the interwebs. above are the commissions that i did at the con. i've had such great commission requests lately but it's always an extra special treat to get to draw some character i come up with. so my favorite was the mermaid because the people who asked for it wanted a mix between the octopus lady on my artbook cover and the mermaid i drew before. been doing this new thing with color con commissions lately where i use my Derwent Inktense pencils to draw the lines instead of ink pens. i think it's helping me to achieve a look closer to what i do digitally.

i'm doing a lot of personal work lately so i'm hoping to have more fun sketchy stuff to show u guys soon.  in the meantime, i'll be on instagram posting shenanigans, as always.