more clouds in my stones 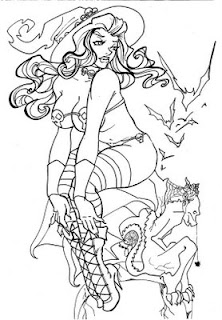 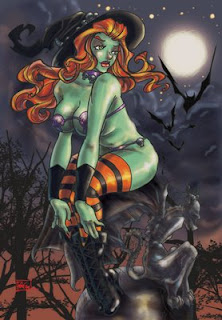 well, can't say i didn't warn ya! i'm going to try this sky out as much as i can so i that i can perfect it. =P this is a character named Witchie Boo that was created by a good buddy Pat Carlucci. he got me my first deviantart subscription and since then i can't really live without it! so i drew the lines for this way back when he got me the subscription with the intention of giving it to him as a thank you gift. but i never got around to it and soon it was lost in the many files.
however, since august he's been really sick and has been in the hospital with kidney failure. he's extremely friendly to everyone he meets whether ur a fellow artist or a customer at his booth. he makes u feel like u guys have been buddies for years even though it's the first time u've ever met him. that's a tremendous gift that only a very few people have. not to mention he introduced us to so many other artists that have eventually led to collaborations and friendships. he's got a lot of people worried about him including me and the husband. so since yesterday i had a sliver of free time, i decided to stop fakin and actually finish coloring this to show him that we're thinkin about him. i'm no good with mushy words of encouragement so this is as close to "i hope u feel better soon. we're here praying for u. God will not give u a test u can't pass." as it gets. (~__~)
if anything, it may give him a cool wallpaper just in time for halloween!

OOOOH!!! I like it! I don't know which one i like better the lines or the finished colored piece! :) anyway, I really hope that guy gets better...