(DIL-uh-tor-ee) - given to, or marked by, procrastination or delay

so here i am nearly 4 weeks after Baltimore Comic Con and i am only just now getting around to writing about it. for shame!! i'm really sorry. when baltimore con ended, it really gave us time to breath and catch up to lots of stuff that were falling terribly behind due to getting ready to go to San Diego and whatnot. after baltimore, an earthquake happened here in VA. which is crazy for us cuz that never happens on the east coast. being from the philippines, however, i remember having been through it before but i was very little last time i experienced it. i wasn't as freaked out about it as some, but it was still kinda nuts when u think about this area not having had one in a hundred years. o_O

then in the same week, hurricane irene came around to the area and everyone was on high alert. the hubby and i ended up traveling into DC for a caricature gig even though everyone was being evacuated out of it. it turned out to be not as terribly bad as they said it would be. our area managed to get out practically unscathed (with the exception of a few mailbox numbers missing). i heard others didn't have the same luck. =(

then i got flippin sick! like sick as a flippin dog! i think it was the flu or something! dunno if it was cuz i got rained on during hurricane irene or what. but it was not fun. plus i ended up spreading it to all my family members. not a good look. anyways, so that's the drama with me.

now, onto Baltimore Con! the entire Identity Comics Studios crew was there (with the exception of Joe Jaro) and we had a blast! it's a lot of con packed into 2 days and i really didn't get to see much of it at all. we were pretty much stuck behind the tables (and trapped by the other people around us). we finally got to hang out with our fellow nerdy pals Dave Perillo and Scott Derby and Jeff, who collectively we've endearingly called "Derby Dudes". we only see them at comic cons but we have ridiculously fun times when we hang out. our buddy Bill Meiggs and his wife hung out with us as well so all in all it was fun times. the day after we hung out with Comfort Love and Adam Withers and talked shop in the weirdest restaurant i've ever been in. it was called Paper Moon and i think it really had some significant effect on my psychological well-being, probably more than i care to admit. other than the weird/creepy mannequins and dolls around me, it was cool talking to them.

i only drew a few commissions this year. i think the black hole that was Stan Lee being next to us hurt more than helped but it is what it is i suppose. the first commission i was asked to draw was a Jawa from Star Wars holding a martini and a luggage. with the help of my studiomate Flash on colors, it really turned out cute! the Blink commission i ended up having to take that home to work on cuz the guy asked for it towards the end of the day and i was working on another one.

all in all, i had tons of fun and got a lot of compliments on my Poison Ivy print. =) i never get tired of compliments. can't wait till next year! 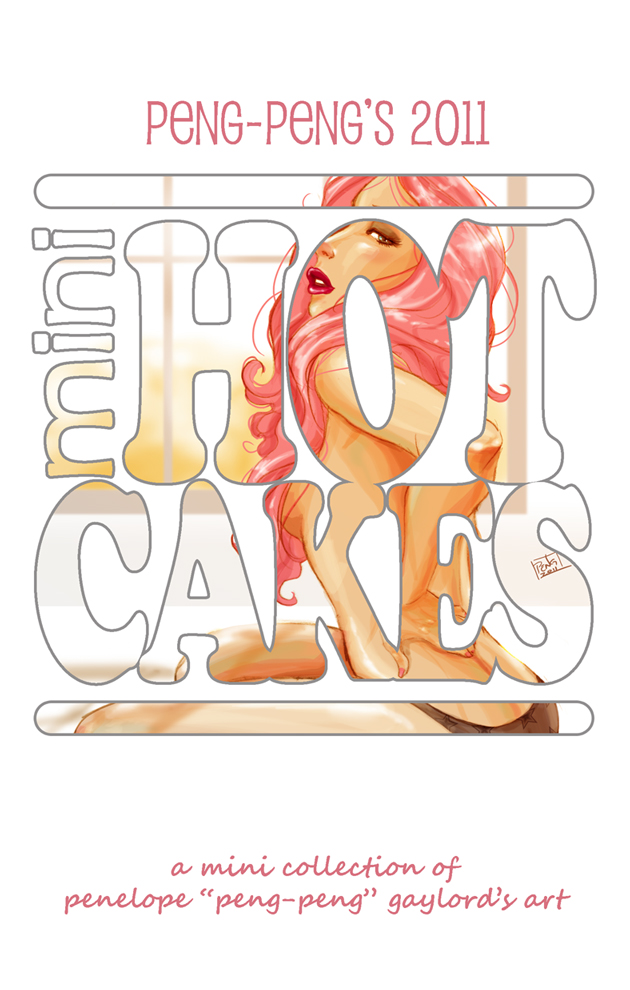 OOohh... Blink is a really cool character. Nice job! And the Jawa (is that what those things are called? I guess I cannot truly be a classified as a geek if I do not know that) does look pretty cute!! I also like the bunny rabbit you placed in the one commission you did of the magician girl (yeah, I don't know her name either... is she DC?)! heehee

Hey, you said you use copic markers right? I saw on Michael's website that they started carrying them. You should look into that because they usually have those 50% off one regularly priced item coupons, so it would be a pretty good deal for some markers at half off! Look into it!