[listening to "nothing but trouble" by phantogram]

it just hit me that we're doing our first con of the year in 2 weeks!!! cuz of all the health problems my hubby has had, it just seemed like cons are distant memories and not much of a possibility these days. but prayers are being heard and he's doing much better these days. now that the first con is approaching - MEGACON - we had to get brand new banners! and man oh man, i am so boosted by them. we just got them in the mail yesterday and they're soooooo much better than the ones we were working with for like 2 years (or was it 3??). those old banners fell apart quickly. now of course it hasn't been field-tested yet, but these banners are looking more sturdy. if ur in the market for new banners, go to imPhotoGraphics.com! the guy that runs the company, Devyn, goes around comic cons all the time dropping off postcards to everyone. he's awesome to work with. can't go wrong with that guy. these came in like a week! if these banners hold up at every show, i'll be singing his praises to everyone that cares to listen. so happy with mine! my Harley is so pretty when huge! dare i say prettier than my huge Poison Ivy from before. 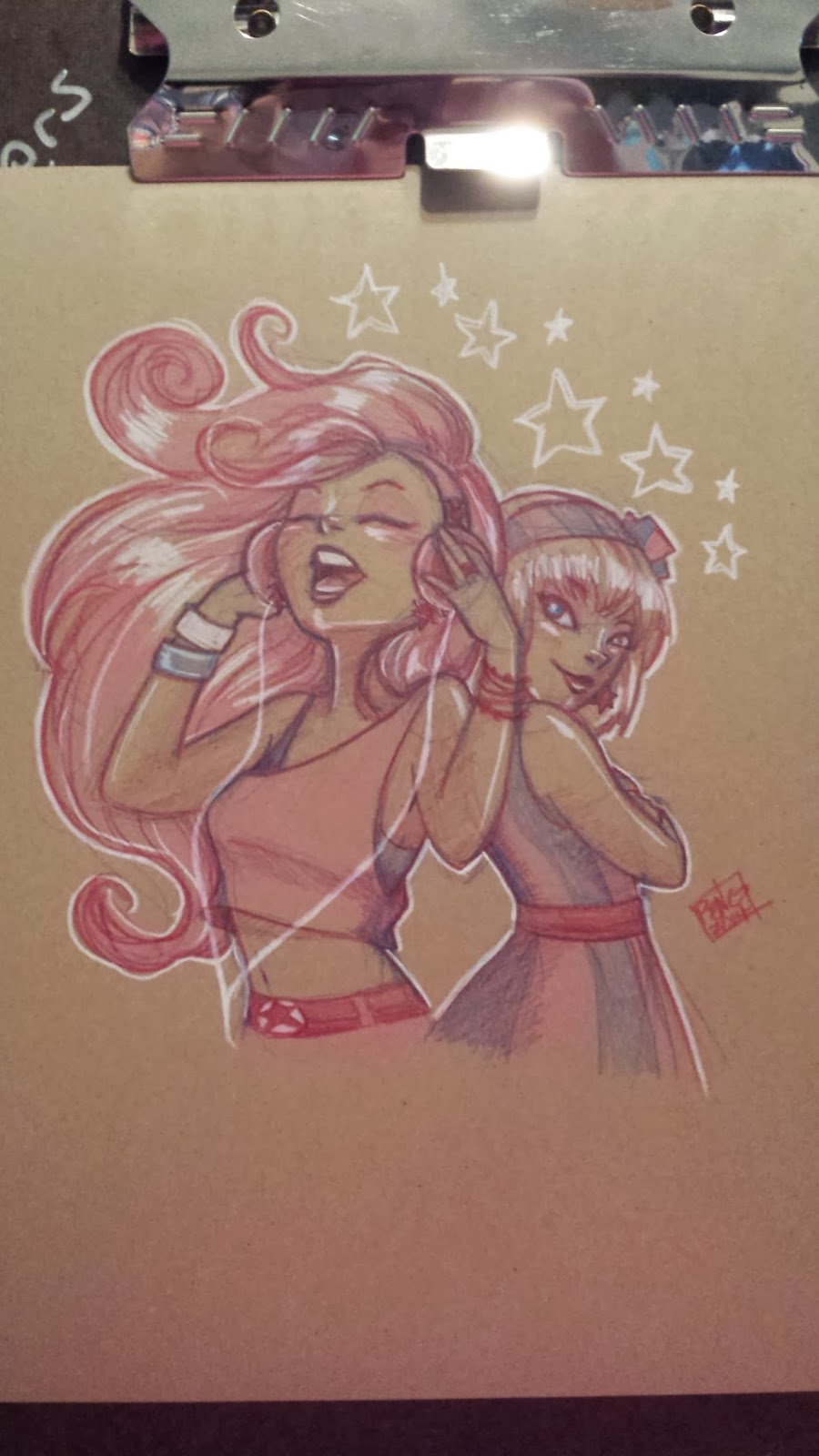 also, just wanted to share this uncropped, unfiltered sketch i did for a sketch_dailies topic last week. the topic - Jem and the Holograms! WHAT! yeah, i had to sketch something. i didn't even have much spare time to do it, but i did it anyways, gosh darned! Jem has had a huge impact on me as a kid. i just remember mornings before heading out for school, my older sister and i would watch it and she would have her boombox at the ready to record the songs as they come on each episode. ON A CASSETTE TAPE! I KNOW - OUTRAGEOUS! she would put the boombox right up to the tv speaker so it would record as much of the sound as it came out. that was how we made our own soundtrack! of course it was horrid when u play it back, but who cares at the time! we would just listen to the tapes and sing along. so this is my modern take on Jem and Jerrica. (used my Derwent Inktense colored pencils on this brown cardstock paper.)