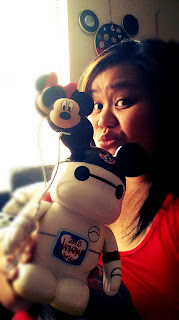 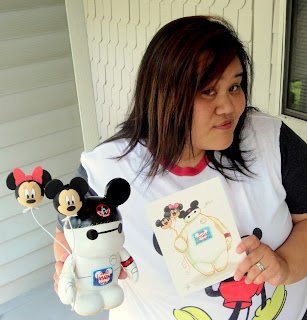 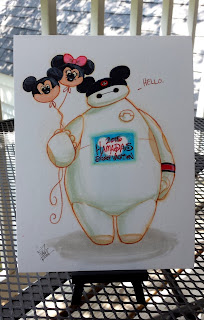 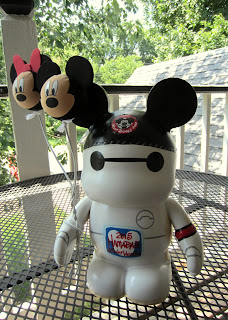 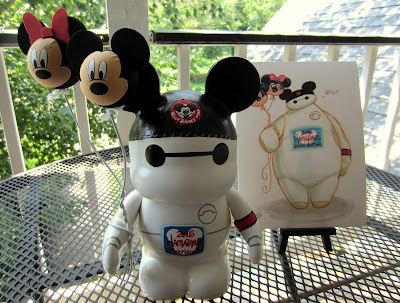 mark this down as a first for me! it only took me almost a year to complete but i finally finished him! this is my first time making a custom Vinylmation figure and the client was just the most patient person ever. actually making the figure itself took about a month, but i had a lot of trial and error using my own Munny to practice on. i watched lots of youtube vids about it, then tried different paints. used stuff that ran off the figure as soon as i sprayed lacquer on it. it was just a huge learning process. BUT i enjoyed the challenge. 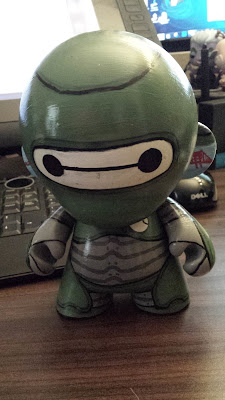 the client gave me free reign on what to turn it into, be it comics or disney. so i knew i wanted to make it Baymax somehow, cuz i love love love Baymax. originally i was gonna make it Baymax in his green outfit (zero-suit, as i call it). but after trying it on the practice Munny, i just wasn't happy with it. he just looked like a weird Master Chief from Halo and that's not what i wanted. after going back to the drawing board, i decided to make him Baymax on a Disney Vacation! he has his mickey hat, his fast pass bracelet, and some mickey balloons (made out of antenna toppers and wire). then i drew the little illustration as a companion piece to the figure.
the figure was painted all over with white spray, then the details were put on with acrylic paints. the finer details, like the mickey circle on his head and his tummy screen, were put on with these cool paint pens that i found. i think they're also acrylic paints in the pens. his tummy screen says "2015 HAMADAS DISNEY VACATION" (it's a bit hard to see in the pictures). then everything was sprayed with a spray lacquer to keep it all together and make it shiny.

i really liked the way it came out but at the same time i think i'm done making these for a while. i have a mini-Munny on my docket of commissioned pieces, but that won't be quite as huge of an undertaking as this one. or maybe it'll be harder cuz it's smaller?!?! i kinda miss having Disney Vacation Baymax on my table. but i DO have Master Chief Baymax so...we all win?