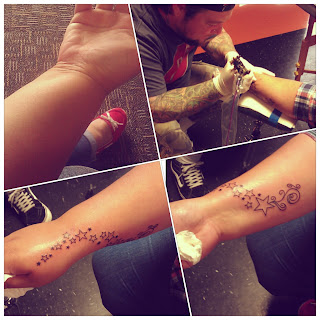 I LOVE IT!!! I can't wait to see it in person!!! Perfect tattoo for you. I really does embody what you do and more so what YOU are! :)