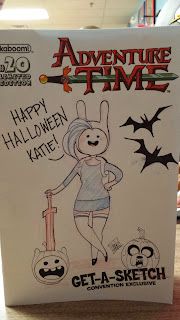 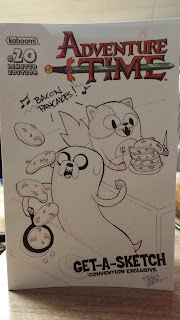 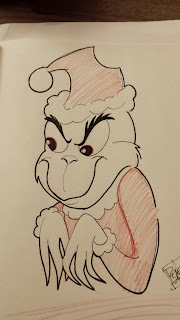 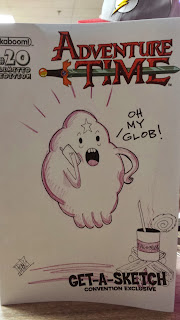 woke up this morning to some snow falling and i've had Christmas on the brain more so than usual these past few days. if u don't know already, i love snow! almost as much as Christmas. i remember seeing my first snowfall after arriving from the Philippines and it was everything i had hoped it would be. i know lots of people hate it, but i've loved it since the first time i laid eyes on it. SOOO on top of listening to Christmas music already, i've been watching some holiday films already. =)

anyways, Day 2 of my week of daily posting. these sketches are from a little signing/Halloween event we did shortly after New York Comic Con. the comic shop is called Captain Blue Hen in Newark, DE. this is the first time we've been to this shop and they're just great folks. if u live anywhere near that area, u should check out their shop. they even have a little area to sit and read ur comics. flippin cool! they had us come out for their zombie-themed Halloween event but i mostly drew Adventure Time stuff. i tell ya, i don't mind at all! signed some Fanboys Vs Zombies books and sketched in a couple of kids' books (that's what the Grinch sketch was for). we should be going back there for their holiday event on Dec. 7th and i can't wait!! =)