[listening to "i'll be there for you" by jon bon jovi] 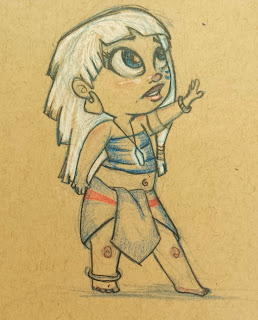 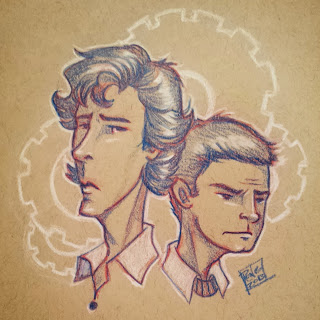 just busted out my 80s playlist and i've been singing along to each song like a fool! which is ok cuz it's just me, the hubby, and the puppies. i haven't listened to this playlist in over a month now and i am immediately transported back to my childhood.

anyways, i thought i'd post these sketches from my new sketchbook. i put them up on instagram but i didn't get to post them here. i'm officially lovin this new book with its brown paper. probably because i just really like using my white colored pencil. remember when u were a kid and u tried using the white colored pencil then get frustrated that u couldn't see it on the paper?? well now i'm making up for it. =)

the first sketch is of Kida from Disney's Atlantis, when she was a kid and her momma was taken from her. i didn't appreciate the coolness of this movie when i was younger. but thanx to Netflix, i can watch it over and over again! such fun character designs! and Michael J. Fox is just a GREAT voice actor. i really wish he would do more.
the second sketch is of Sherlock and Watson from BBC Sherlock. so grateful for being pressured into watching it because i LOVE this show. sucks that there's not gonna be another season for like 2 more years. durned great actors and their durned great movies putting such a cool show on hiatus.