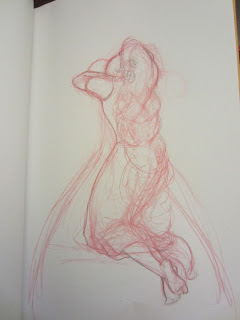 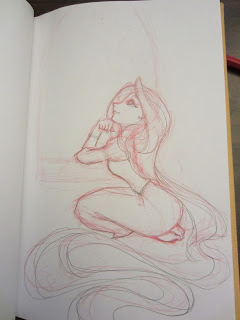 these are just some sketches i'm working on for a personal piece. i don't know when i'll be able to finish it, but i was really feelin like drawing some Tangled piece since i've discovered the soundtrack on my spotify. same idea, different takes. but i think i'll be going with the boat.

anyways, just thought u'd like to know - theFranchize, Flash, Domo, and I will be representing ID Comics Studios in B-more this weekend!

come on by and say HEY! we always have fun doing this show and since it's our hometown show, we try not to miss it ever. in addition to having our two tables, theFranchize will also be signing Fanboys Vs Zombies books at the BOOM! Studios booth each day for a couple of hours! we'll have NEW prints at the table along with some classic ones, cards, and books such as Fanboys Vs Zombies and Iron Muslim (both published by BOOM! Studios). and of course, we're doing commissions all weekend long! our commissions are usually cheaper at shows because we're only able to spend a limited amount of time on them. so that's a good time to get some original artwork from us. =) i just hope my busted finger is healed by then. drawing/writing/typing with it is kinda awkward.
i'll most likely be unable to post again until after the show. when i do, i'll be posting pics from the weekend.

The company's support workforce is always notable. They have bailed me out of quite a few issues--lots of my very own making. Detox Baltimore